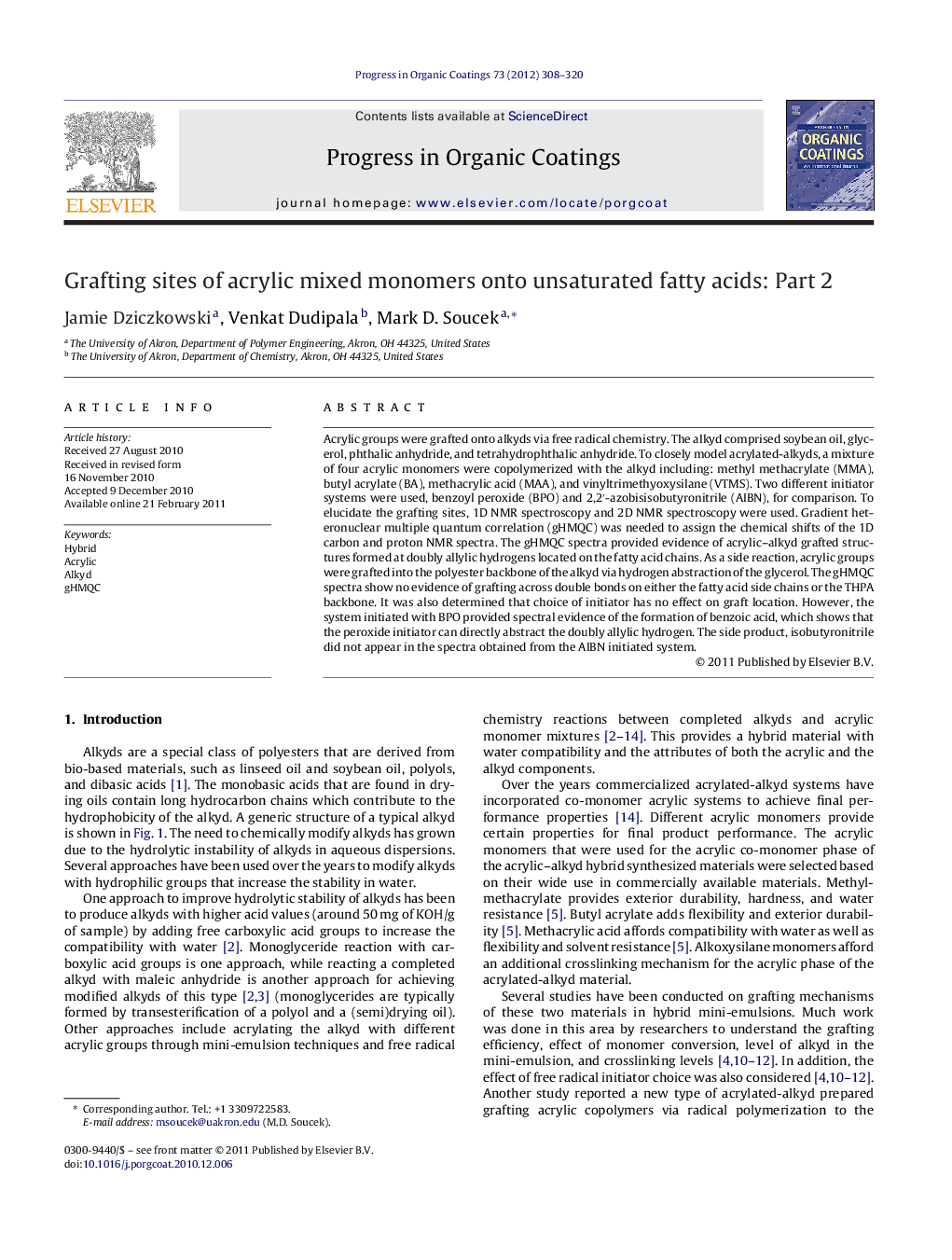 Acrylic groups were grafted onto alkyds via free radical chemistry. The alkyd comprised soybean oil, glycerol, phthalic anhydride, and tetrahydrophthalic anhydride. To closely model acrylated-alkyds, a mixture of four acrylic monomers were copolymerized with the alkyd including: methyl methacrylate (MMA), butyl acrylate (BA), methacrylic acid (MAA), and vinyltrimethyoxysilane (VTMS). Two different initiator systems were used, benzoyl peroxide (BPO) and 2,2′-azobisisobutyronitrile (AIBN), for comparison. To elucidate the grafting sites, 1D NMR spectroscopy and 2D NMR spectroscopy were used. Gradient heteronuclear multiple quantum correlation (gHMQC) was needed to assign the chemical shifts of the 1D carbon and proton NMR spectra. The gHMQC spectra provided evidence of acrylic–alkyd grafted structures formed at doubly allylic hydrogens located on the fatty acid chains. As a side reaction, acrylic groups were grafted into the polyester backbone of the alkyd via hydrogen abstraction of the glycerol. The gHMQC spectra show no evidence of grafting across double bonds on either the fatty acid side chains or the THPA backbone. It was also determined that choice of initiator has no effect on graft location. However, the system initiated with BPO provided spectral evidence of the formation of benzoic acid, which shows that the peroxide initiator can directly abstract the doubly allylic hydrogen. The side product, isobutyronitrile did not appear in the spectra obtained from the AIBN initiated system.