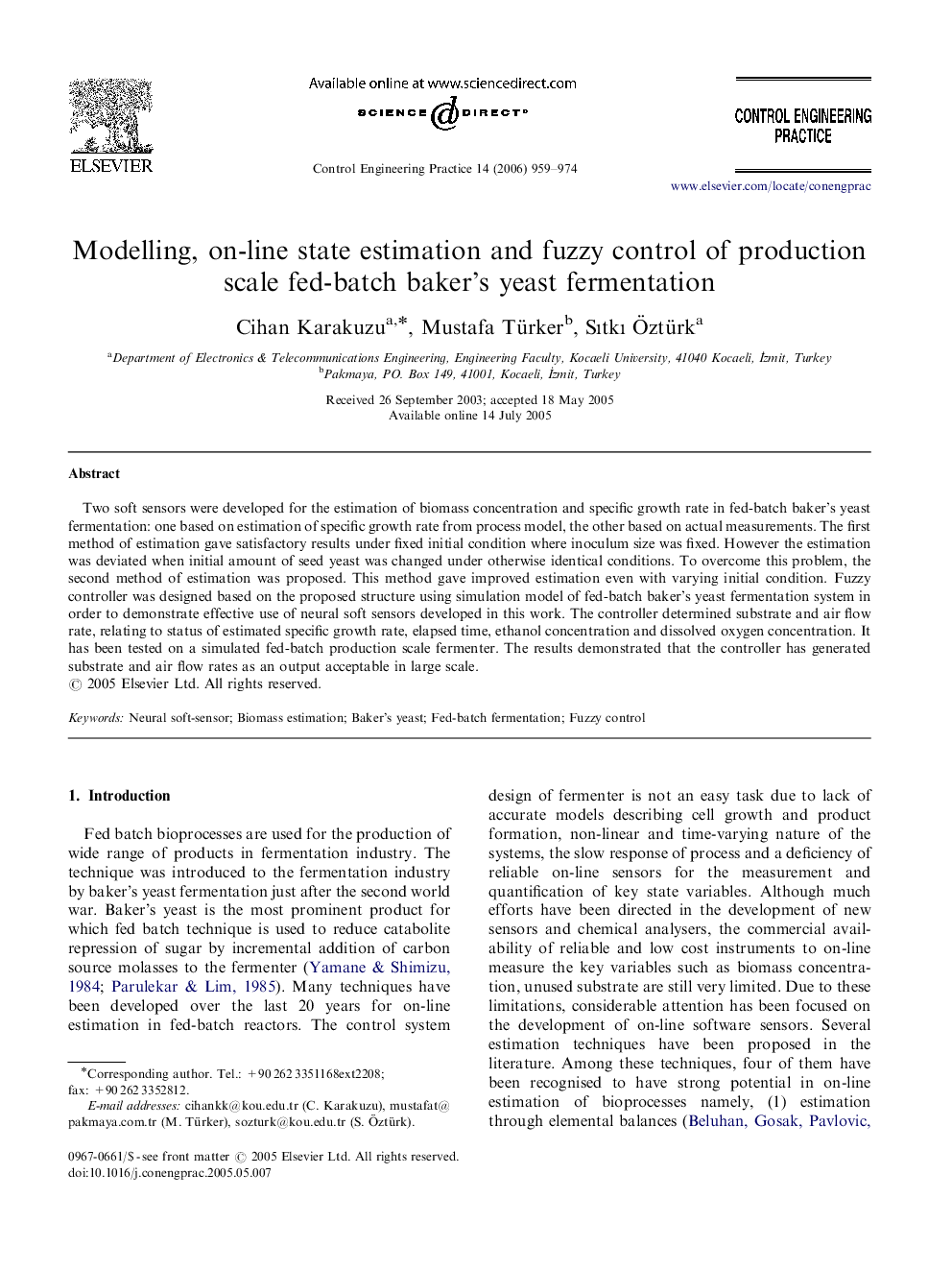 Two soft sensors were developed for the estimation of biomass concentration and specific growth rate in fed-batch baker's yeast fermentation: one based on estimation of specific growth rate from process model, the other based on actual measurements. The first method of estimation gave satisfactory results under fixed initial condition where inoculum size was fixed. However the estimation was deviated when initial amount of seed yeast was changed under otherwise identical conditions. To overcome this problem, the second method of estimation was proposed. This method gave improved estimation even with varying initial condition. Fuzzy controller was designed based on the proposed structure using simulation model of fed-batch baker's yeast fermentation system in order to demonstrate effective use of neural soft sensors developed in this work. The controller determined substrate and air flow rate, relating to status of estimated specific growth rate, elapsed time, ethanol concentration and dissolved oxygen concentration. It has been tested on a simulated fed-batch production scale fermenter. The results demonstrated that the controller has generated substrate and air flow rates as an output acceptable in large scale.