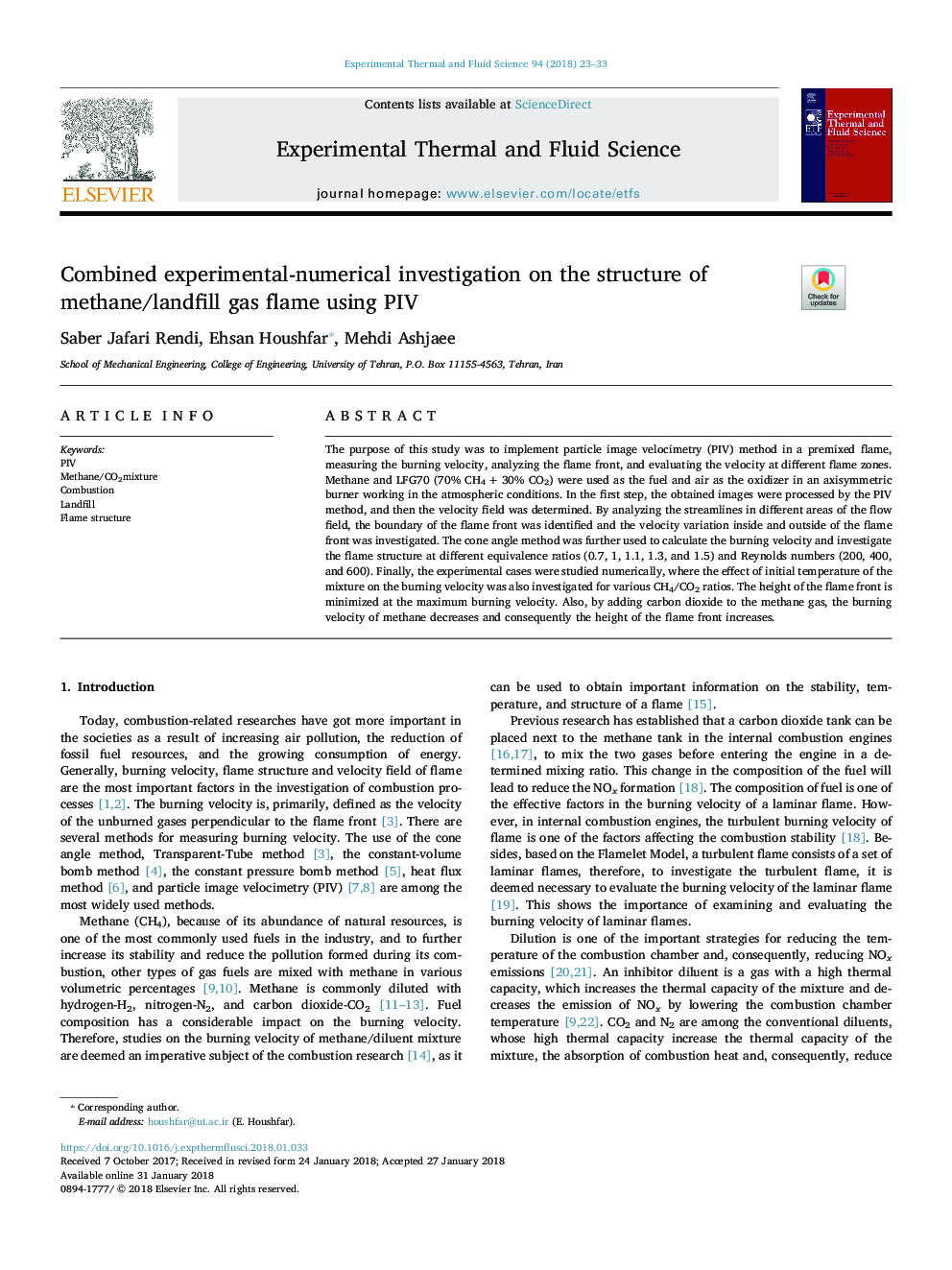 چکیده انگلیسی
The purpose of this study was to implement particle image velocimetry (PIV) method in a premixed flame, measuring the burning velocity, analyzing the flame front, and evaluating the velocity at different flame zones. Methane and LFG70 (70% CH4â¯+â¯30% CO2) were used as the fuel and air as the oxidizer in an axisymmetric burner working in the atmospheric conditions. In the first step, the obtained images were processed by the PIV method, and then the velocity field was determined. By analyzing the streamlines in different areas of the flow field, the boundary of the flame front was identified and the velocity variation inside and outside of the flame front was investigated. The cone angle method was further used to calculate the burning velocity and investigate the flame structure at different equivalence ratios (0.7, 1, 1.1, 1.3, and 1.5) and Reynolds numbers (200, 400, and 600). Finally, the experimental cases were studied numerically, where the effect of initial temperature of the mixture on the burning velocity was also investigated for various CH4/CO2 ratios. The height of the flame front is minimized at the maximum burning velocity. Also, by adding carbon dioxide to the methane gas, the burning velocity of methane decreases and consequently the height of the flame front increases.
ناشر
Database: Elsevier - ScienceDirect (ساینس دایرکت)
Journal: Experimental Thermal and Fluid Science - Volume 94, June 2018, Pages 23-33
نویسندگان
Saber Jafari Rendi, Ehsan Houshfar, Mehdi Ashjaee,
دانلود مقاله + سفارش ترجمه
دانلود مقاله ISI انگلیسی
رایگان برای ایرانیان
سفارش ترجمه تخصصی
با تضمین قیمت و کیفیت
منتشر شده در