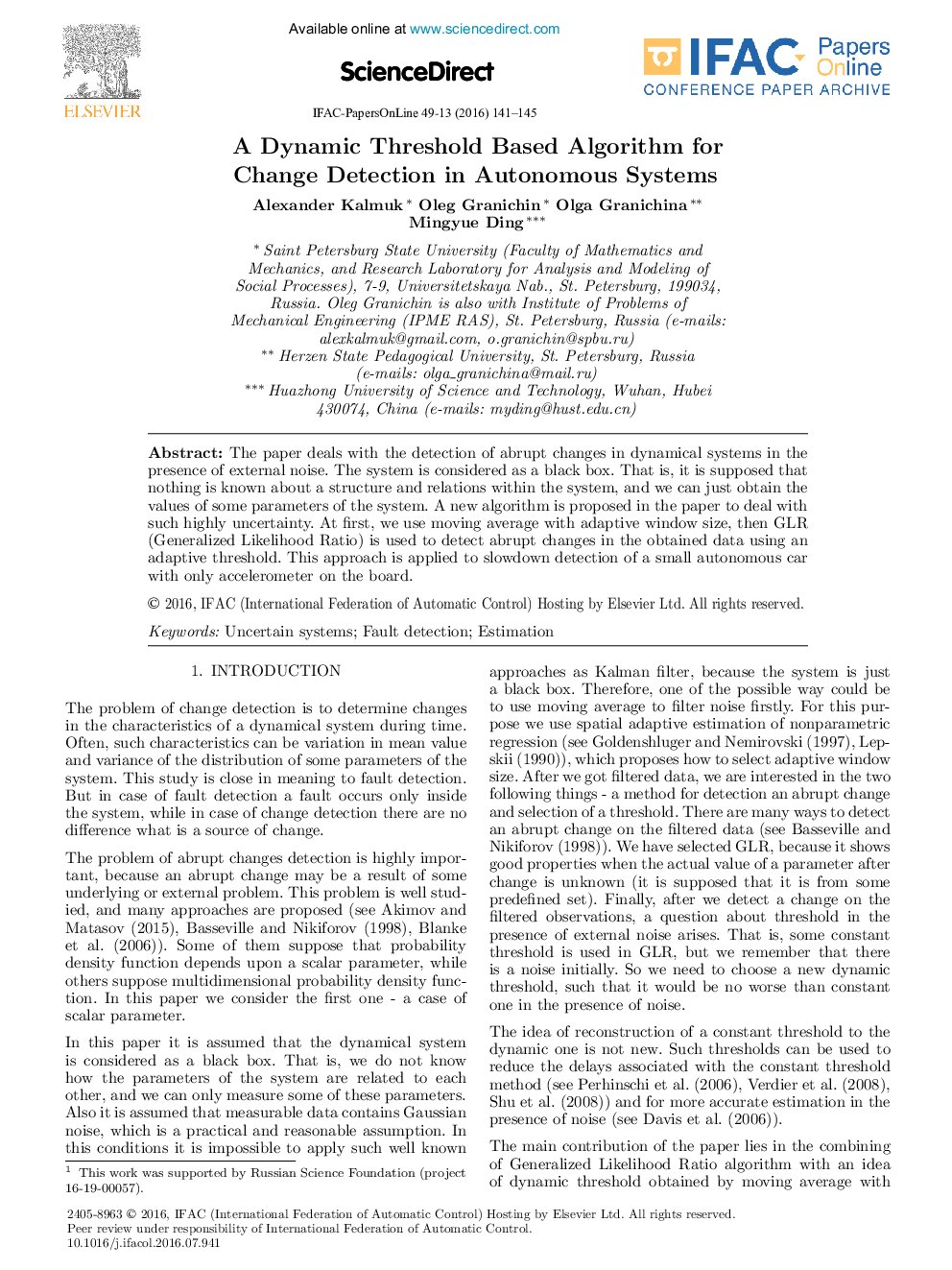 The paper deals with the detection of abrupt changes in dynamical systems in the presence of external noise. The system is considered as a black box. That is, it is supposed that nothing is known about a structure and relations within the system, and we can just obtain the values of some parameters of the system. A new algorithm is proposed in the paper to deal with such highly uncertainty. At first, we use moving average with adaptive window size, then GLR (Generalized Likelihood Ratio) is used to detect abrupt changes in the obtained data using an adaptive threshold. This approach is applied to slowdown detection of a small autonomous car with only accelerometer on the board.