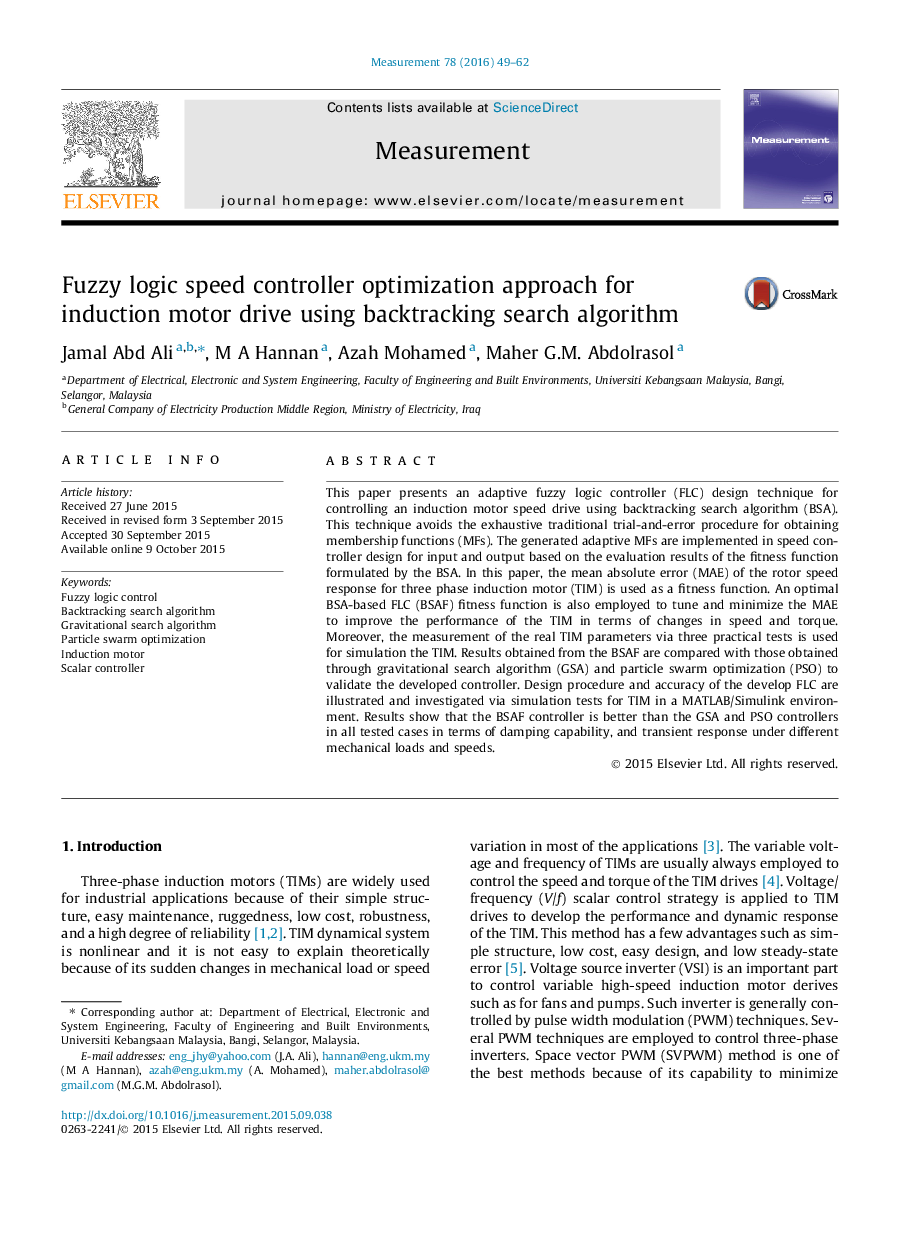 This paper presents an adaptive fuzzy logic controller (FLC) design technique for controlling an induction motor speed drive using backtracking search algorithm (BSA). This technique avoids the exhaustive traditional trial-and-error procedure for obtaining membership functions (MFs). The generated adaptive MFs are implemented in speed controller design for input and output based on the evaluation results of the fitness function formulated by the BSA. In this paper, the mean absolute error (MAE) of the rotor speed response for three phase induction motor (TIM) is used as a fitness function. An optimal BSA-based FLC (BSAF) fitness function is also employed to tune and minimize the MAE to improve the performance of the TIM in terms of changes in speed and torque. Moreover, the measurement of the real TIM parameters via three practical tests is used for simulation the TIM. Results obtained from the BSAF are compared with those obtained through gravitational search algorithm (GSA) and particle swarm optimization (PSO) to validate the developed controller. Design procedure and accuracy of the develop FLC are illustrated and investigated via simulation tests for TIM in a MATLAB/Simulink environment. Results show that the BSAF controller is better than the GSA and PSO controllers in all tested cases in terms of damping capability, and transient response under different mechanical loads and speeds.