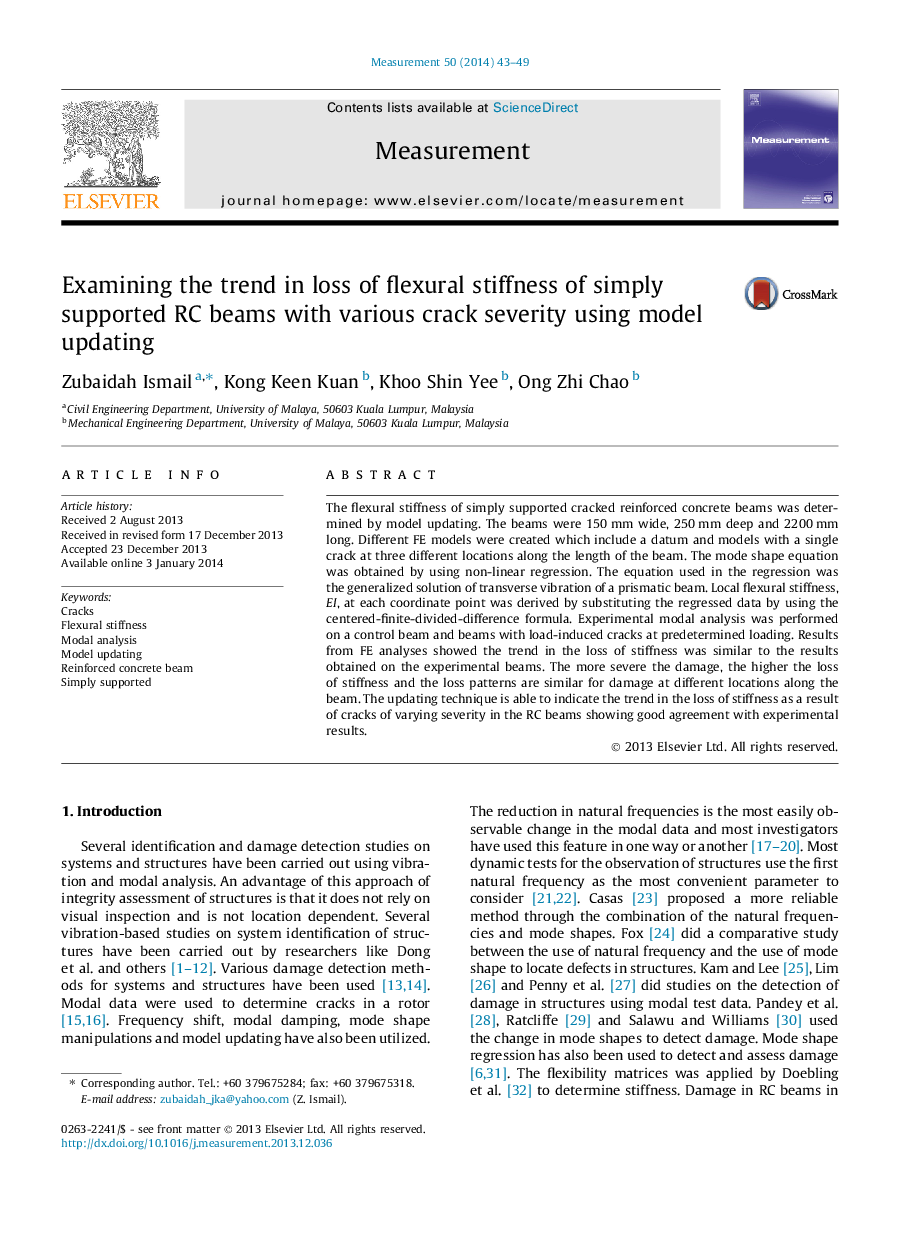 The flexural stiffness of simply supported cracked reinforced concrete beams was determined by model updating. The beams were 150 mm wide, 250 mm deep and 2200 mm long. Different FE models were created which include a datum and models with a single crack at three different locations along the length of the beam. The mode shape equation was obtained by using non-linear regression. The equation used in the regression was the generalized solution of transverse vibration of a prismatic beam. Local flexural stiffness, EI, at each coordinate point was derived by substituting the regressed data by using the centered-finite-divided-difference formula. Experimental modal analysis was performed on a control beam and beams with load-induced cracks at predetermined loading. Results from FE analyses showed the trend in the loss of stiffness was similar to the results obtained on the experimental beams. The more severe the damage, the higher the loss of stiffness and the loss patterns are similar for damage at different locations along the beam. The updating technique is able to indicate the trend in the loss of stiffness as a result of cracks of varying severity in the RC beams showing good agreement with experimental results.