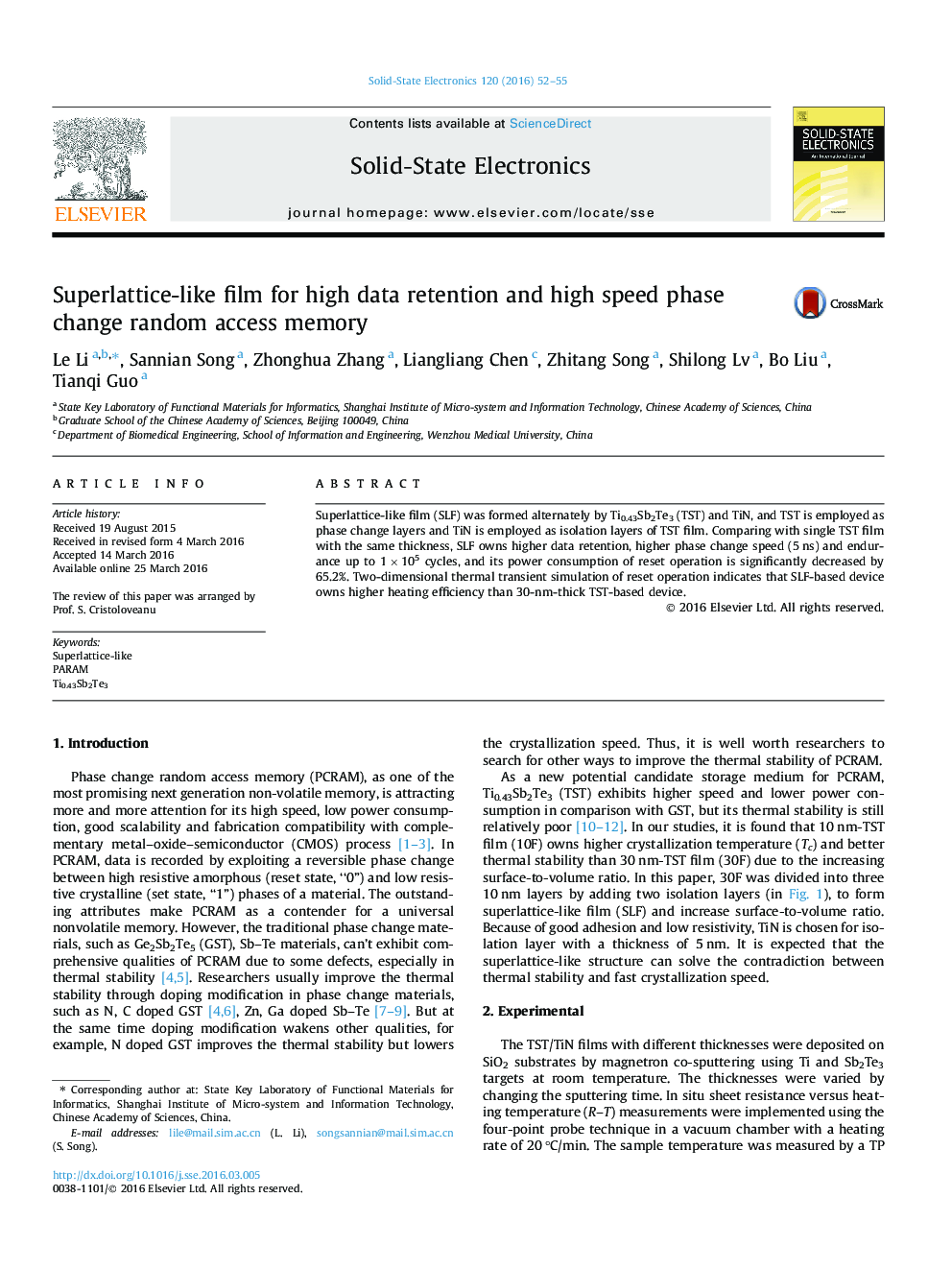 Comparing Fig. 1(a) with (b), the minimum of set pulse width of 30-nm-thick Ti0.43Sb2Te3 film based device (30F-D) is 10 ns, while superlattice-like film based device (SLF-D), even in 5 ns pulse width, the limit of pulse generator, can till realize set/reset operation, indicating that SLF has higher crystallization speed than 30F. Under the same pulse, the set/reset voltage are smaller than that of 30F-D and reset voltage decreases more obviously, which is beneficial to lowing power consumption. Two-dimensional thermal transient simulation of reset operation (Fig. 2) shows that SLF-D owns higher heating efficiency than 30F-D device, which may be the main reason of reset voltage decreasing greatly.Figure optionsDownload as PowerPoint slide