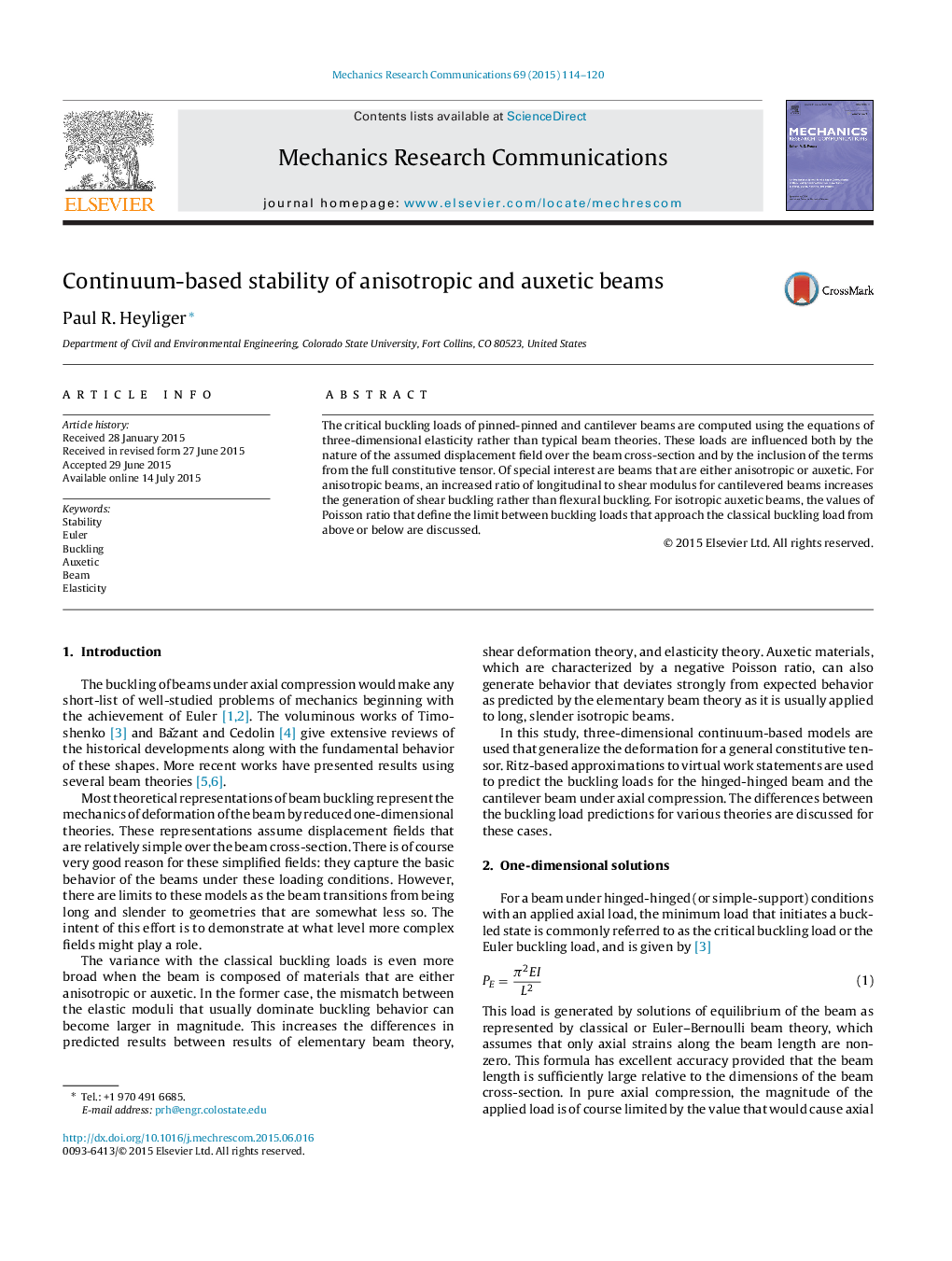 • Elasticity theory predicts buckling loads lower than shear deformation beam theory.
• As the E/G ratio increases, so does the likelihood of shear buckling over flexural buckling.
• Auxetic beams can buckle at loads higher than those predicted by Euler theory.

The critical buckling loads of pinned-pinned and cantilever beams are computed using the equations of three-dimensional elasticity rather than typical beam theories. These loads are influenced both by the nature of the assumed displacement field over the beam cross-section and by the inclusion of the terms from the full constitutive tensor. Of special interest are beams that are either anisotropic or auxetic. For anisotropic beams, an increased ratio of longitudinal to shear modulus for cantilevered beams increases the generation of shear buckling rather than flexural buckling. For isotropic auxetic beams, the values of Poisson ratio that define the limit between buckling loads that approach the classical buckling load from above or below are discussed.