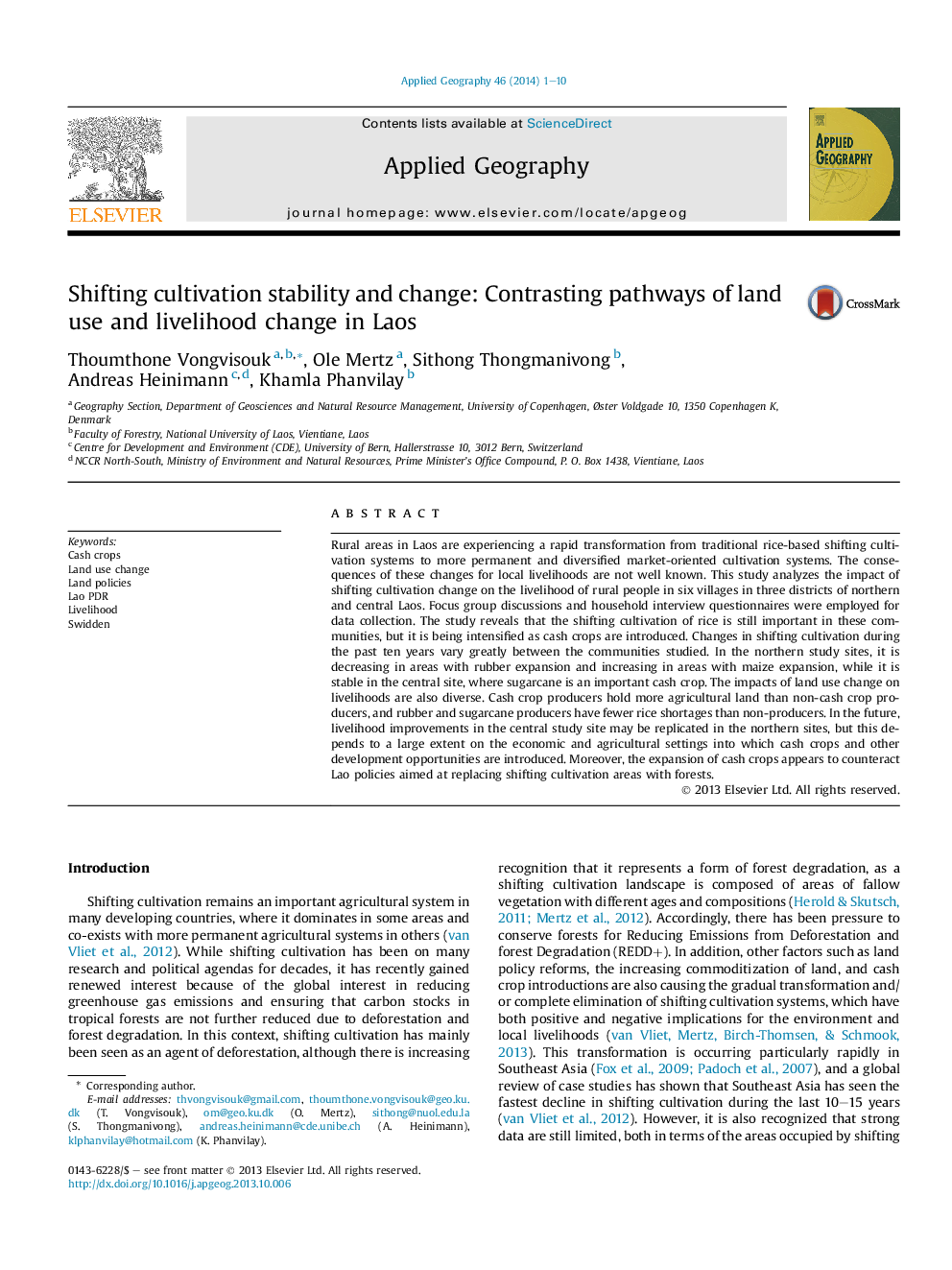 Rural areas in Laos are experiencing a rapid transformation from traditional rice-based shifting cultivation systems to more permanent and diversified market-oriented cultivation systems. The consequences of these changes for local livelihoods are not well known. This study analyzes the impact of shifting cultivation change on the livelihood of rural people in six villages in three districts of northern and central Laos. Focus group discussions and household interview questionnaires were employed for data collection. The study reveals that the shifting cultivation of rice is still important in these communities, but it is being intensified as cash crops are introduced. Changes in shifting cultivation during the past ten years vary greatly between the communities studied. In the northern study sites, it is decreasing in areas with rubber expansion and increasing in areas with maize expansion, while it is stable in the central site, where sugarcane is an important cash crop. The impacts of land use change on livelihoods are also diverse. Cash crop producers hold more agricultural land than non-cash crop producers, and rubber and sugarcane producers have fewer rice shortages than non-producers. In the future, livelihood improvements in the central study site may be replicated in the northern sites, but this depends to a large extent on the economic and agricultural settings into which cash crops and other development opportunities are introduced. Moreover, the expansion of cash crops appears to counteract Lao policies aimed at replacing shifting cultivation areas with forests.