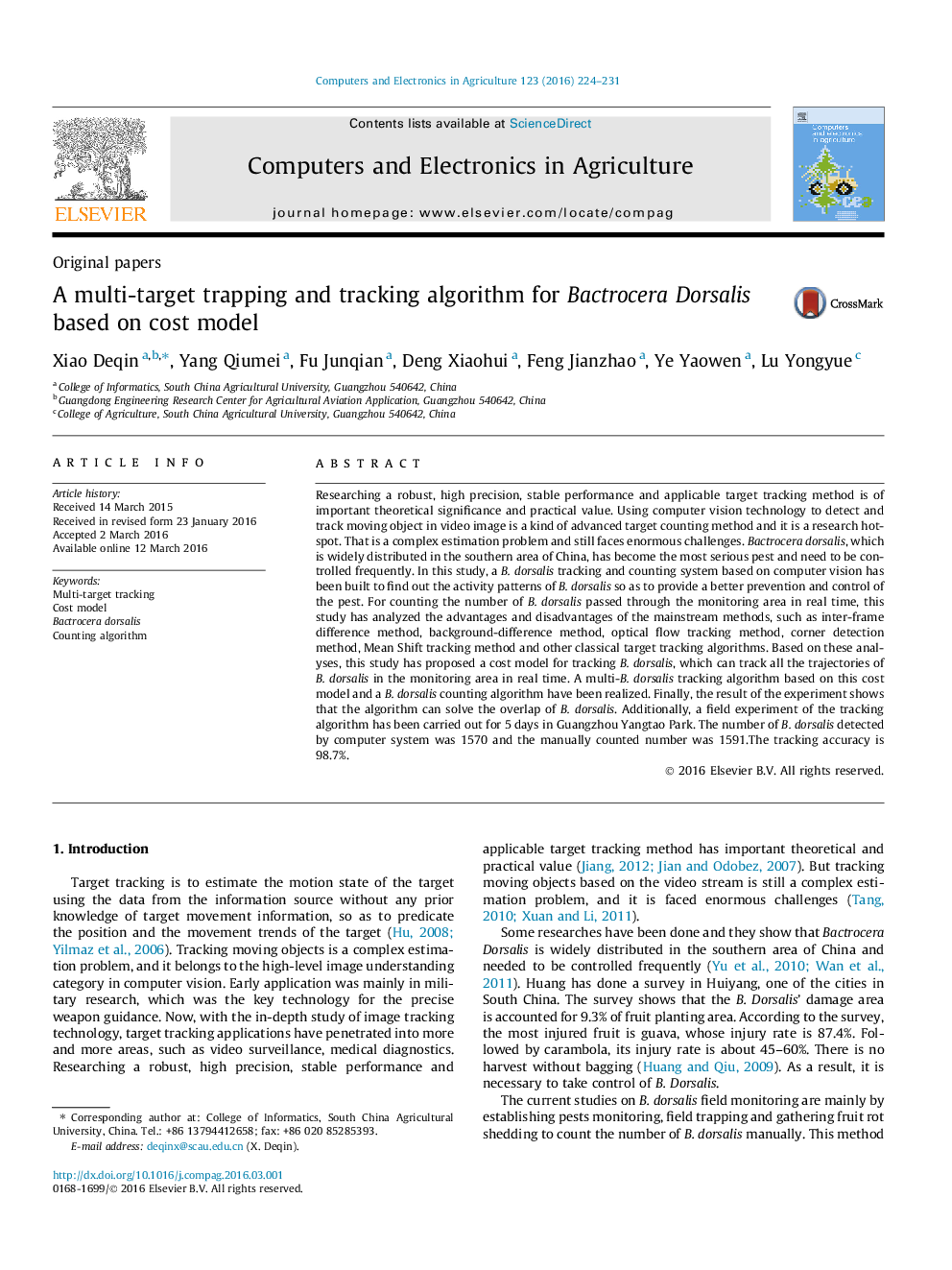 Researching a robust, high precision, stable performance and applicable target tracking method is of important theoretical significance and practical value. Using computer vision technology to detect and track moving object in video image is a kind of advanced target counting method and it is a research hotspot. That is a complex estimation problem and still faces enormous challenges. Bactrocera dorsalis, which is widely distributed in the southern area of China, has become the most serious pest and need to be controlled frequently. In this study, a B. dorsalis tracking and counting system based on computer vision has been built to find out the activity patterns of B. dorsalis so as to provide a better prevention and control of the pest. For counting the number of B. dorsalis passed through the monitoring area in real time, this study has analyzed the advantages and disadvantages of the mainstream methods, such as inter-frame difference method, background-difference method, optical flow tracking method, corner detection method, Mean Shift tracking method and other classical target tracking algorithms. Based on these analyses, this study has proposed a cost model for tracking B. dorsalis, which can track all the trajectories of B. dorsalis in the monitoring area in real time. A multi-B. dorsalis tracking algorithm based on this cost model and a B. dorsalis counting algorithm have been realized. Finally, the result of the experiment shows that the algorithm can solve the overlap of B. dorsalis. Additionally, a field experiment of the tracking algorithm has been carried out for 5 days in Guangzhou Yangtao Park. The number of B. dorsalis detected by computer system was 1570 and the manually counted number was 1591.The tracking accuracy is 98.7%.