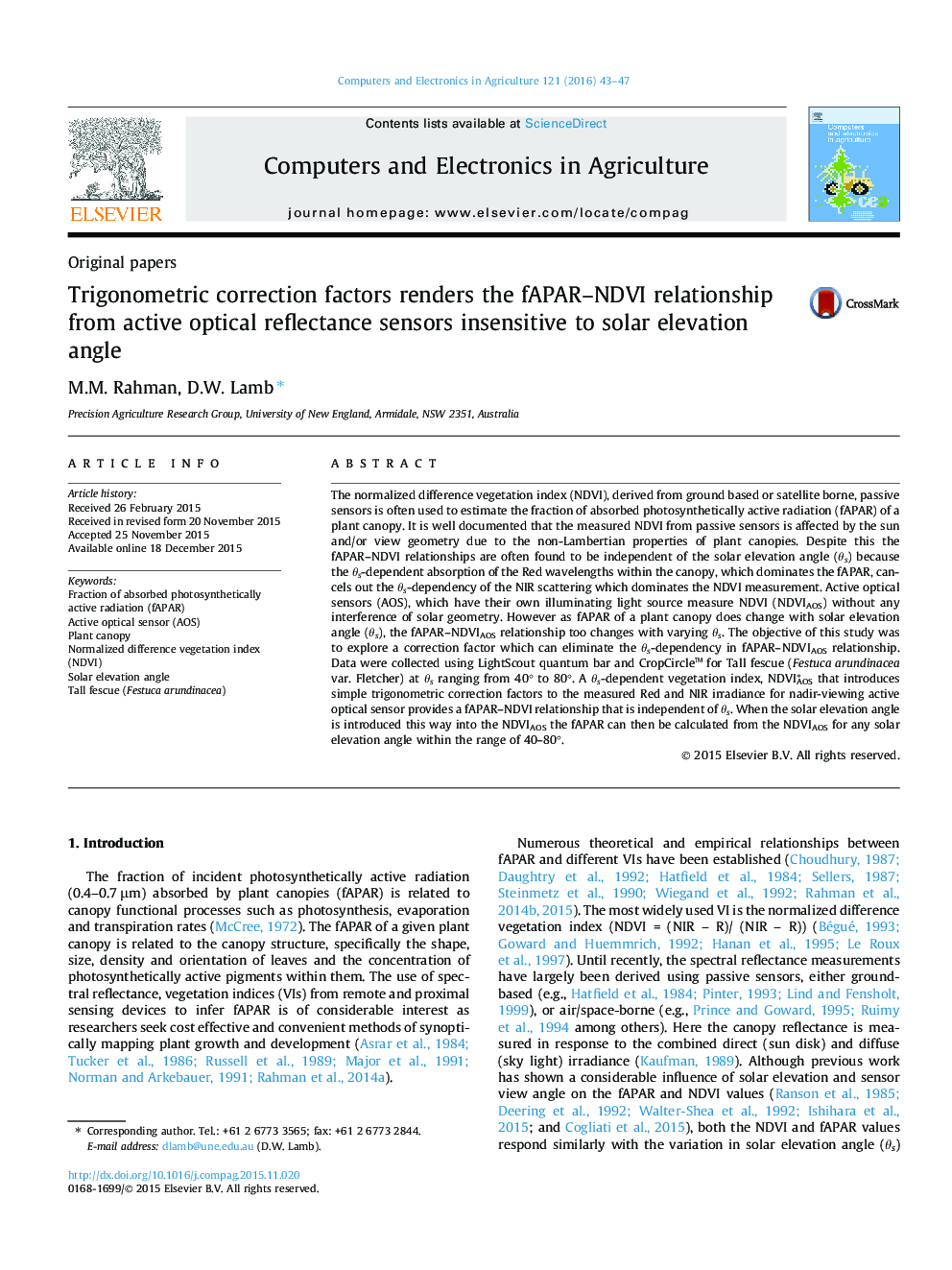 The normalized difference vegetation index (NDVI), derived from ground based or satellite borne, passive sensors is often used to estimate the fraction of absorbed photosynthetically active radiation (fAPAR) of a plant canopy. It is well documented that the measured NDVI from passive sensors is affected by the sun and/or view geometry due to the non-Lambertian properties of plant canopies. Despite this the fAPAR–NDVI relationships are often found to be independent of the solar elevation angle (θs) because the θs-dependent absorption of the Red wavelengths within the canopy, which dominates the fAPAR, cancels out the θs-dependency of the NIR scattering which dominates the NDVI measurement. Active optical sensors (AOS), which have their own illuminating light source measure NDVI (NDVIAOS) without any interference of solar geometry. However as fAPAR of a plant canopy does change with solar elevation angle (θs), the fAPAR–NDVIAOS relationship too changes with varying θs. The objective of this study was to explore a correction factor which can eliminate the θs-dependency in fAPAR–NDVIAOS relationship. Data were collected using LightScout quantum bar and CropCircle™ for Tall fescue (Festuca arundinacea var. Fletcher) at θs ranging from 40° to 80°. A θs-dependent vegetation index, NDVI∗AOS that introduces simple trigonometric correction factors to the measured Red and NIR irradiance for nadir-viewing active optical sensor provides a fAPAR–NDVI relationship that is independent of θs. When the solar elevation angle is introduced this way into the NDVIAOS the fAPAR can then be calculated from the NDVIAOS for any solar elevation angle within the range of 40–80°.