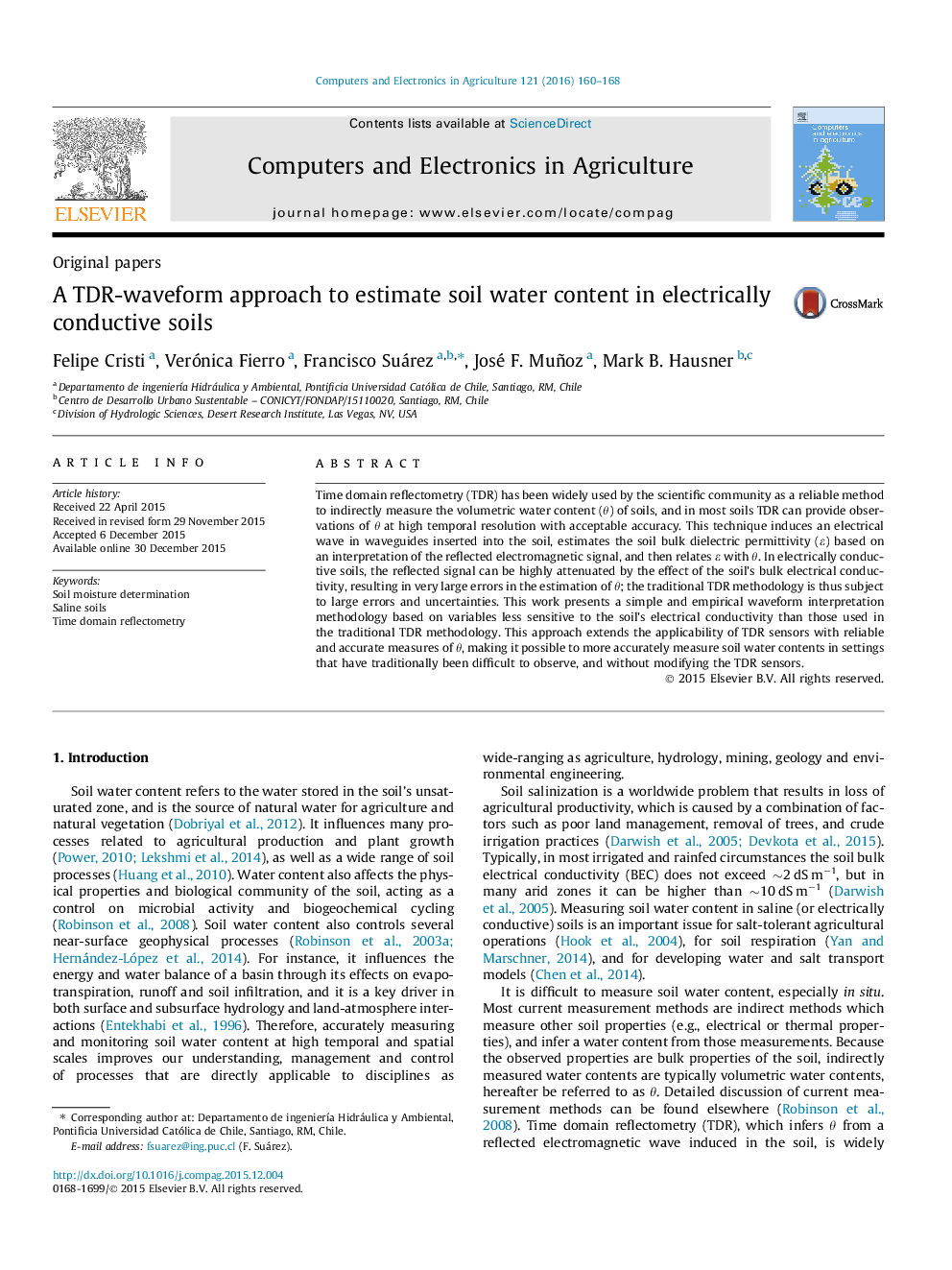 Time domain reflectometry (TDR) has been widely used by the scientific community as a reliable method to indirectly measure the volumetric water content (θ) of soils, and in most soils TDR can provide observations of θ at high temporal resolution with acceptable accuracy. This technique induces an electrical wave in waveguides inserted into the soil, estimates the soil bulk dielectric permittivity (ε) based on an interpretation of the reflected electromagnetic signal, and then relates ε with θ. In electrically conductive soils, the reflected signal can be highly attenuated by the effect of the soil’s bulk electrical conductivity, resulting in very large errors in the estimation of θ; the traditional TDR methodology is thus subject to large errors and uncertainties. This work presents a simple and empirical waveform interpretation methodology based on variables less sensitive to the soil’s electrical conductivity than those used in the traditional TDR methodology. This approach extends the applicability of TDR sensors with reliable and accurate measures of θ, making it possible to more accurately measure soil water contents in settings that have traditionally been difficult to observe, and without modifying the TDR sensors.