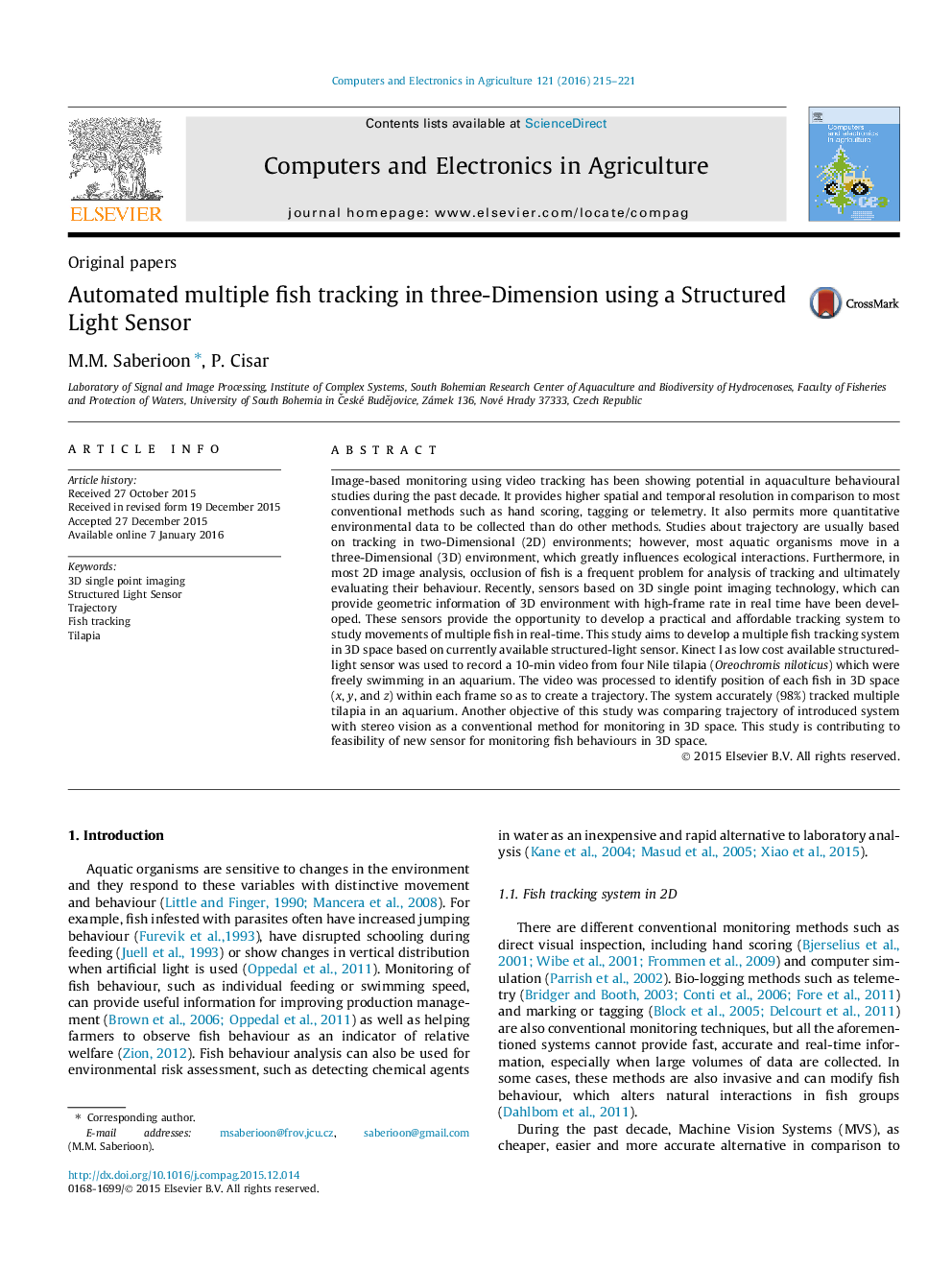 Image-based monitoring using video tracking has been showing potential in aquaculture behavioural studies during the past decade. It provides higher spatial and temporal resolution in comparison to most conventional methods such as hand scoring, tagging or telemetry. It also permits more quantitative environmental data to be collected than do other methods. Studies about trajectory are usually based on tracking in two-Dimensional (2D) environments; however, most aquatic organisms move in a three-Dimensional (3D) environment, which greatly influences ecological interactions. Furthermore, in most 2D image analysis, occlusion of fish is a frequent problem for analysis of tracking and ultimately evaluating their behaviour. Recently, sensors based on 3D single point imaging technology, which can provide geometric information of 3D environment with high-frame rate in real time have been developed. These sensors provide the opportunity to develop a practical and affordable tracking system to study movements of multiple fish in real-time. This study aims to develop a multiple fish tracking system in 3D space based on currently available structured-light sensor. Kinect I as low cost available structured-light sensor was used to record a 10-min video from four Nile tilapia (Oreochromis niloticus) which were freely swimming in an aquarium. The video was processed to identify position of each fish in 3D space (x, y, and z) within each frame so as to create a trajectory. The system accurately (98%) tracked multiple tilapia in an aquarium. Another objective of this study was comparing trajectory of introduced system with stereo vision as a conventional method for monitoring in 3D space. This study is contributing to feasibility of new sensor for monitoring fish behaviours in 3D space.