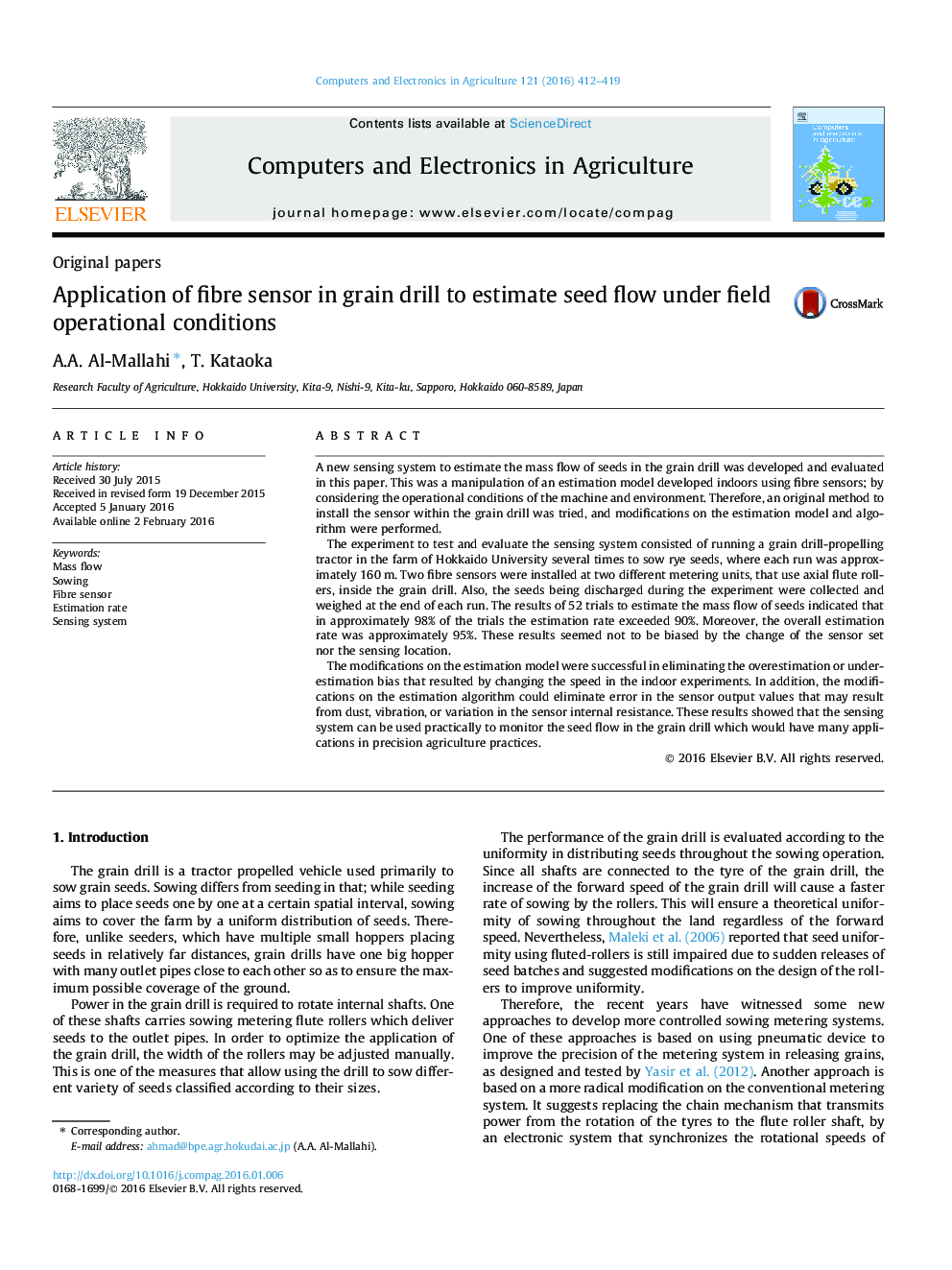 A new sensing system to estimate the mass flow of seeds in the grain drill was developed and evaluated in this paper. This was a manipulation of an estimation model developed indoors using fibre sensors; by considering the operational conditions of the machine and environment. Therefore, an original method to install the sensor within the grain drill was tried, and modifications on the estimation model and algorithm were performed.The experiment to test and evaluate the sensing system consisted of running a grain drill-propelling tractor in the farm of Hokkaido University several times to sow rye seeds, where each run was approximately 160 m. Two fibre sensors were installed at two different metering units, that use axial flute rollers, inside the grain drill. Also, the seeds being discharged during the experiment were collected and weighed at the end of each run. The results of 52 trials to estimate the mass flow of seeds indicated that in approximately 98% of the trials the estimation rate exceeded 90%. Moreover, the overall estimation rate was approximately 95%. These results seemed not to be biased by the change of the sensor set nor the sensing location.The modifications on the estimation model were successful in eliminating the overestimation or underestimation bias that resulted by changing the speed in the indoor experiments. In addition, the modifications on the estimation algorithm could eliminate error in the sensor output values that may result from dust, vibration, or variation in the sensor internal resistance. These results showed that the sensing system can be used practically to monitor the seed flow in the grain drill which would have many applications in precision agriculture practices.