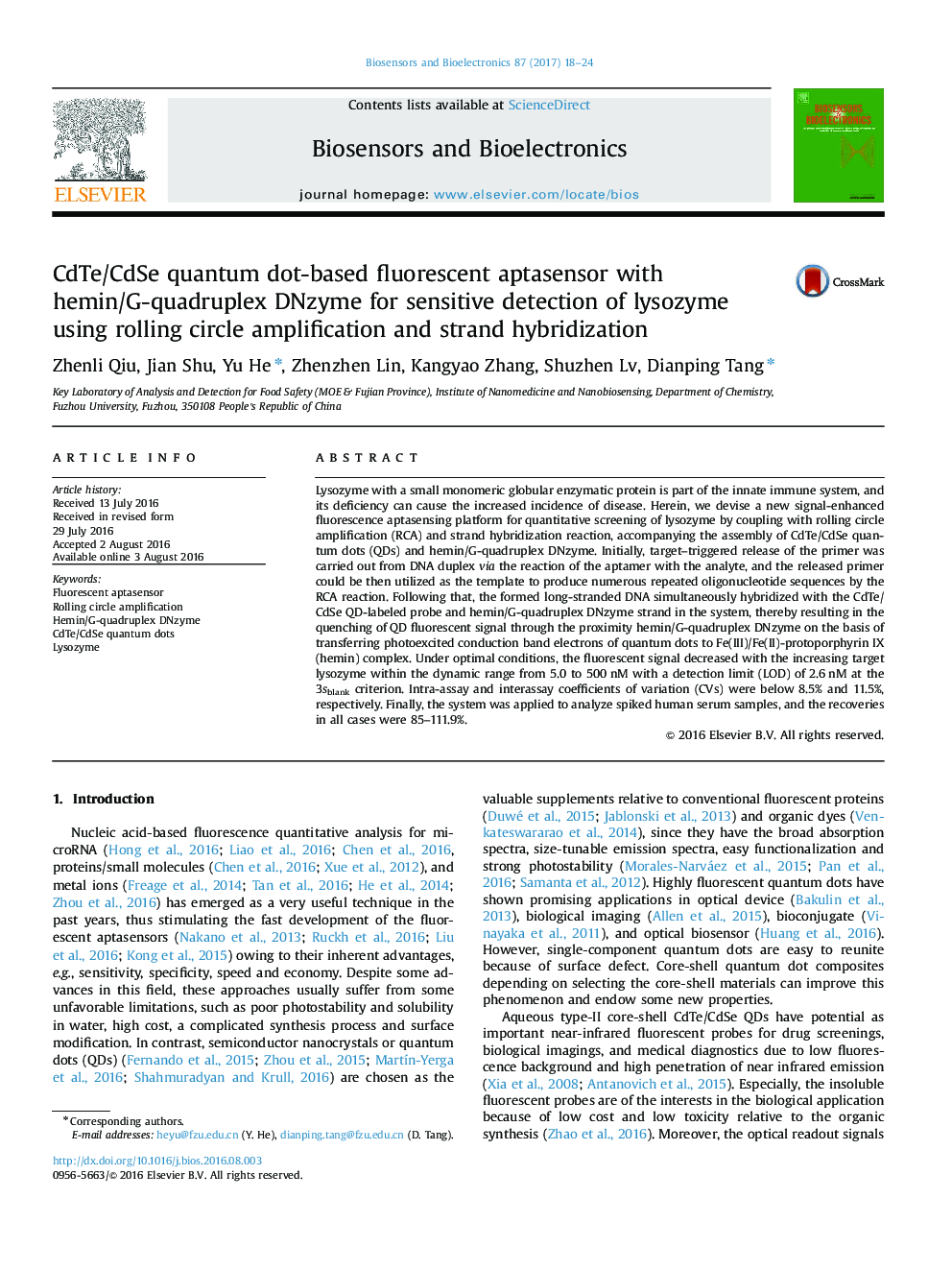 • We designed a fluorescent aptasensor for sensitive detection of lysozyme.
• CdTe/CdSe quantum dots were used as the donors.
• The assembly of quantum dots and hemin/G-quadruplex was used for signal amplification.
• Rolling circle amplification and strand hybridization was utilized.

Lysozyme with a small monomeric globular enzymatic protein is part of the innate immune system, and its deficiency can cause the increased incidence of disease. Herein, we devise a new signal-enhanced fluorescence aptasensing platform for quantitative screening of lysozyme by coupling with rolling circle amplification (RCA) and strand hybridization reaction, accompanying the assembly of CdTe/CdSe quantum dots (QDs) and hemin/G-quadruplex DNzyme. Initially, target–triggered release of the primer was carried out from DNA duplex via the reaction of the aptamer with the analyte, and the released primer could be then utilized as the template to produce numerous repeated oligonucleotide sequences by the RCA reaction. Following that, the formed long-stranded DNA simultaneously hybridized with the CdTe/CdSe QD-labeled probe and hemin/G-quadruplex DNzyme strand in the system, thereby resulting in the quenching of QD fluorescent signal through the proximity hemin/G-quadruplex DNzyme on the basis of transferring photoexcited conduction band electrons of quantum dots to Fe(III)/Fe(II)-protoporphyrin IX (hemin) complex. Under optimal conditions, the fluorescent signal decreased with the increasing target lysozyme within the dynamic range from 5.0 to 500 nM with a detection limit (LOD) of 2.6 nM at the 3sblank criterion. Intra-assay and interassay coefficients of variation (CVs) were below 8.5% and 11.5%, respectively. Finally, the system was applied to analyze spiked human serum samples, and the recoveries in all cases were 85–111.9%.