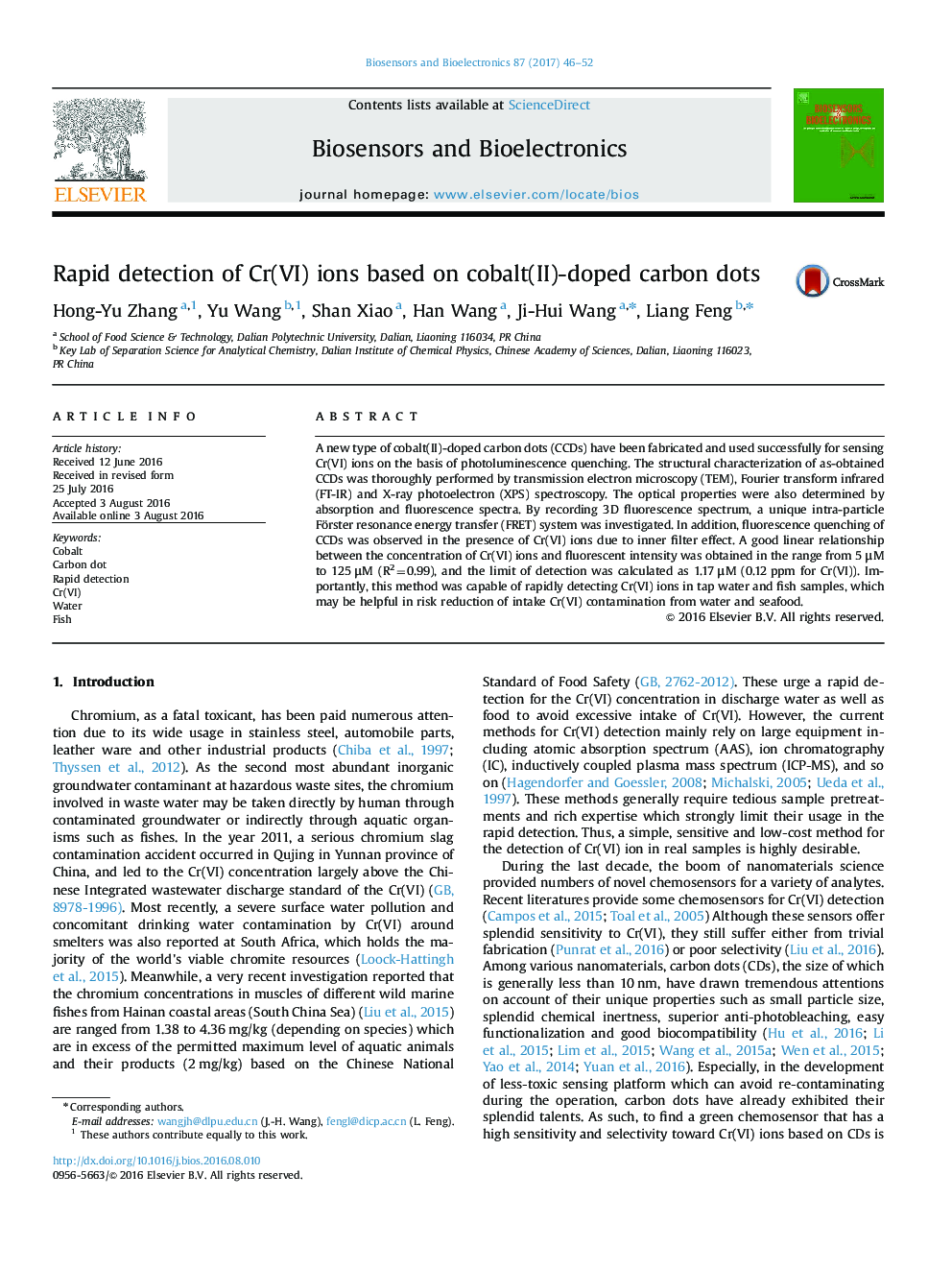 • Cobalt(II)-doped carbon dots (CCDs) have been fabricated.
• CCDs were used for Cr(VI) sensing based on photoluminescence quenching.
• The structural characterization of as-obtained CCDs was thoroughly investigated.
• The CCDs was capable of rapidly detecting Cr(VI) in tap water and fish samples.

A new type of cobalt(II)-doped carbon dots (CCDs) have been fabricated and used successfully for sensing Cr(VI) ions on the basis of photoluminescence quenching. The structural characterization of as-obtained CCDs was thoroughly performed by transmission electron microscopy (TEM), Fourier transform infrared (FT-IR) and X-ray photoelectron (XPS) spectroscopy. The optical properties were also determined by absorption and fluorescence spectra. By recording 3D fluorescence spectrum, a unique intra-particle Förster resonance energy transfer (FRET) system was investigated. In addition, fluorescence quenching of CCDs was observed in the presence of Cr(VI) ions due to inner filter effect. A good linear relationship between the concentration of Cr(VI) ions and fluorescent intensity was obtained in the range from 5 μM to 125 μM (R2=0.99), and the limit of detection was calculated as 1.17 μM (0.12 ppm for Cr(VI)). Importantly, this method was capable of rapidly detecting Cr(VI) ions in tap water and fish samples, which may be helpful in risk reduction of intake Cr(VI) contamination from water and seafood.