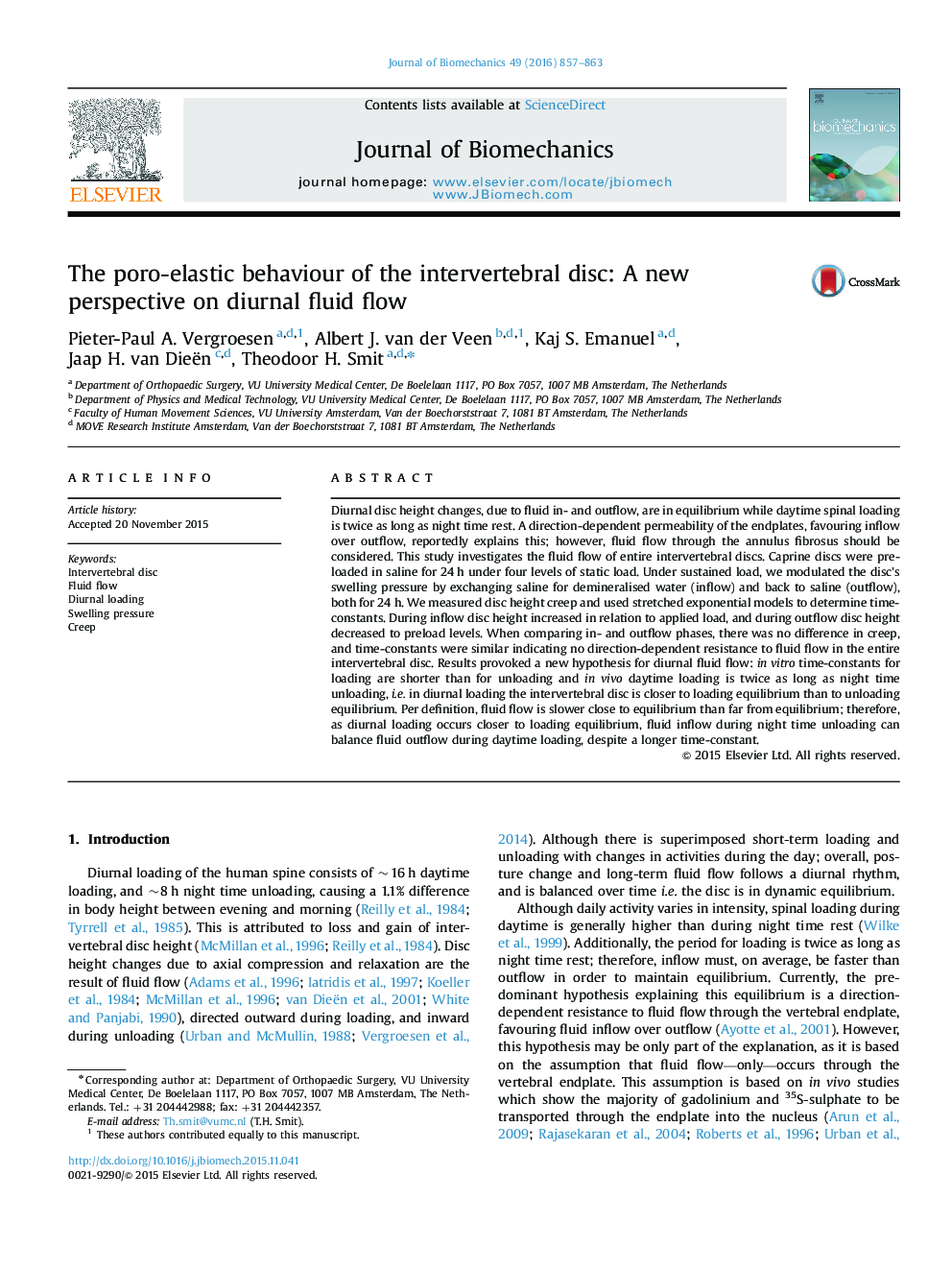 Diurnal disc height changes, due to fluid in- and outflow, are in equilibrium while daytime spinal loading is twice as long as night time rest. A direction-dependent permeability of the endplates, favouring inflow over outflow, reportedly explains this; however, fluid flow through the annulus fibrosus should be considered. This study investigates the fluid flow of entire intervertebral discs. Caprine discs were preloaded in saline for 24 h under four levels of static load. Under sustained load, we modulated the disc׳s swelling pressure by exchanging saline for demineralised water (inflow) and back to saline (outflow), both for 24 h. We measured disc height creep and used stretched exponential models to determine time-constants. During inflow disc height increased in relation to applied load, and during outflow disc height decreased to preload levels. When comparing in- and outflow phases, there was no difference in creep, and time-constants were similar indicating no direction-dependent resistance to fluid flow in the entire intervertebral disc. Results provoked a new hypothesis for diurnal fluid flow: in vitro time-constants for loading are shorter than for unloading and in vivo daytime loading is twice as long as night time unloading, i.e. in diurnal loading the intervertebral disc is closer to loading equilibrium than to unloading equilibrium. Per definition, fluid flow is slower close to equilibrium than far from equilibrium; therefore, as diurnal loading occurs closer to loading equilibrium, fluid inflow during night time unloading can balance fluid outflow during daytime loading, despite a longer time-constant.