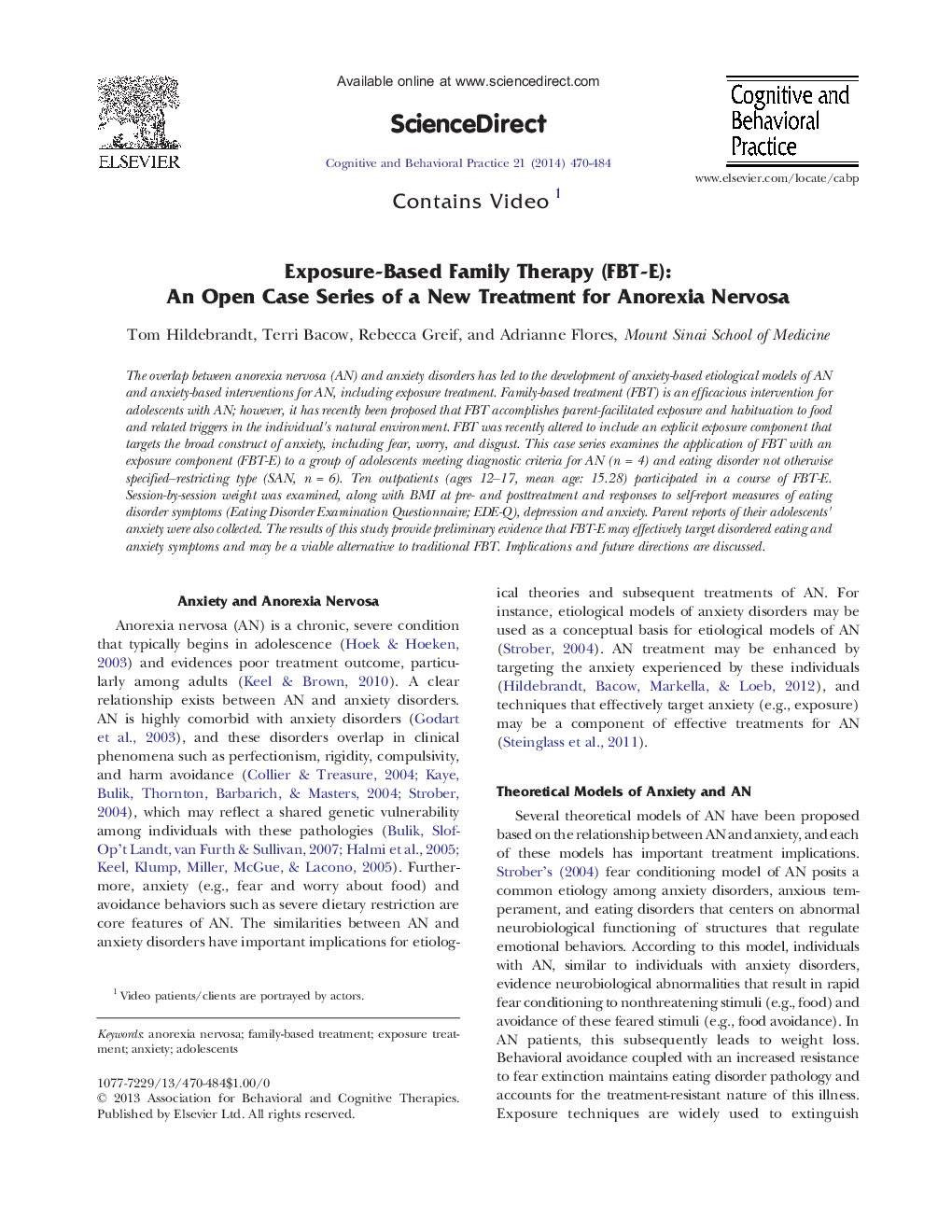 The overlap between anorexia nervosa (AN) and anxiety disorders has led to the development of anxiety-based etiological models of AN and anxiety-based interventions for AN, including exposure treatment. Family-based treatment (FBT) is an efficacious intervention for adolescents with AN; however, it has recently been proposed that FBT accomplishes parent-facilitated exposure and habituation to food and related triggers in the individual's natural environment. FBT was recently altered to include an explicit exposure component that targets the broad construct of anxiety, including fear, worry, and disgust. This case series examines the application of FBT with an exposure component (FBT-E) to a group of adolescents meeting diagnostic criteria for AN (n = 4) and eating disorder not otherwise specified–restricting type (SAN, n = 6). Ten outpatients (ages 12–17, mean age: 15.28) participated in a course of FBT-E. Session-by-session weight was examined, along with BMI at pre- and posttreatment and responses to self-report measures of eating disorder symptoms (Eating Disorder Examination Questionnaire; EDE-Q), depression and anxiety. Parent reports of their adolescents' anxiety were also collected. The results of this study provide preliminary evidence that FBT-E may effectively target disordered eating and anxiety symptoms and may be a viable alternative to traditional FBT. Implications and future directions are discussed.