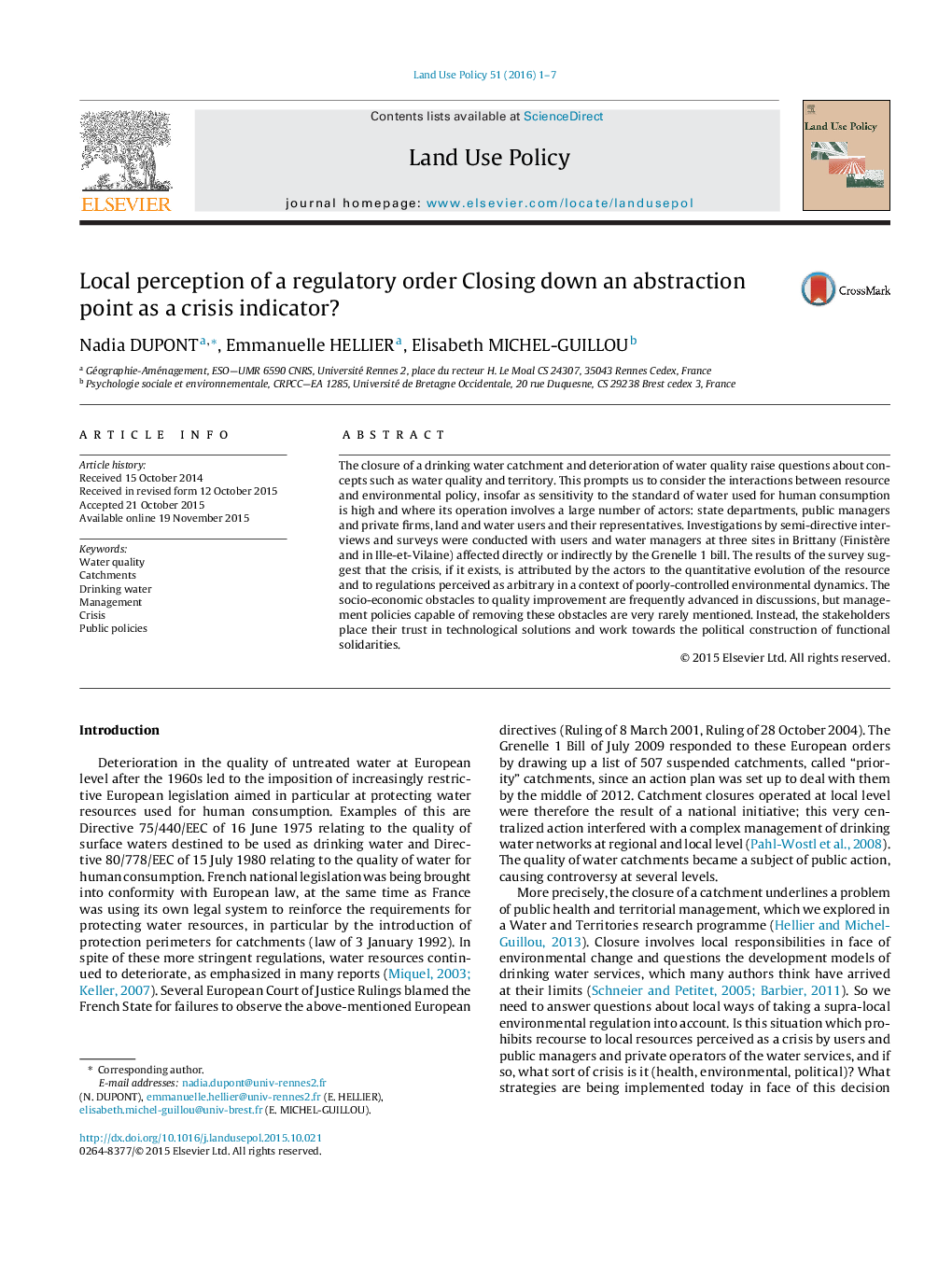 • Deteriorating raw water quality is considered as an “ordinary risk”.
• The health standard perceived as arbitrary and contested by several local managers.
• The answer is technical to secure the supply of water by network interconnections.
• The technical and economical approach mask environmental origins of the crisis.
• Perception of local water quality by inhabitants is more clearly divergent than at national level.

The closure of a drinking water catchment and deterioration of water quality raise questions about concepts such as water quality and territory. This prompts us to consider the interactions between resource and environmental policy, insofar as sensitivity to the standard of water used for human consumption is high and where its operation involves a large number of actors: state departments, public managers and private firms, land and water users and their representatives. Investigations by semi-directive interviews and surveys were conducted with users and water managers at three sites in Brittany (Finistère and in Ille-et-Vilaine) affected directly or indirectly by the Grenelle 1 bill. The results of the survey suggest that the crisis, if it exists, is attributed by the actors to the quantitative evolution of the resource and to regulations perceived as arbitrary in a context of poorly-controlled environmental dynamics. The socio-economic obstacles to quality improvement are frequently advanced in discussions, but management policies capable of removing these obstacles are very rarely mentioned. Instead, the stakeholders place their trust in technological solutions and work towards the political construction of functional solidarities.