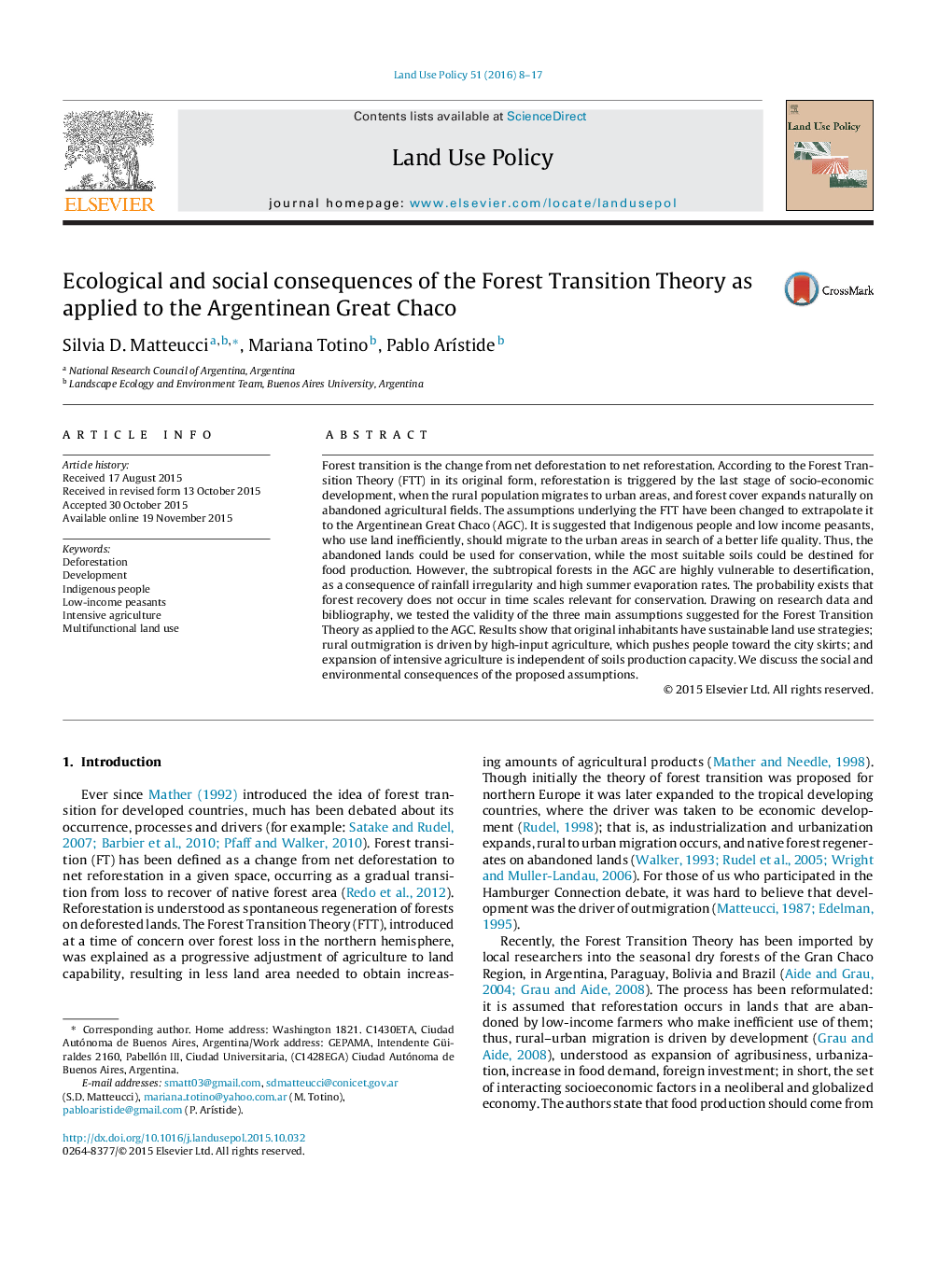 • Forest transition is not occurring in the Dry Chaco Ecoregion, net deforestation prevails.
• High-input agriculture drives migration of low income population towards city outskirts.
• Expansion of intensive agriculture does not occur in the most productive lands.
• Deforestation of large tracts of land may cause desertification and worsen people’s life quality.
• The Forest Transition Theory as applied in the study area may be counterproductive.

Forest transition is the change from net deforestation to net reforestation. According to the Forest Transition Theory (FTT) in its original form, reforestation is triggered by the last stage of socio-economic development, when the rural population migrates to urban areas, and forest cover expands naturally on abandoned agricultural fields. The assumptions underlying the FTT have been changed to extrapolate it to the Argentinean Great Chaco (AGC). It is suggested that Indigenous people and low income peasants, who use land inefficiently, should migrate to the urban areas in search of a better life quality. Thus, the abandoned lands could be used for conservation, while the most suitable soils could be destined for food production. However, the subtropical forests in the AGC are highly vulnerable to desertification, as a consequence of rainfall irregularity and high summer evaporation rates. The probability exists that forest recovery does not occur in time scales relevant for conservation. Drawing on research data and bibliography, we tested the validity of the three main assumptions suggested for the Forest Transition Theory as applied to the AGC. Results show that original inhabitants have sustainable land use strategies; rural outmigration is driven by high-input agriculture, which pushes people toward the city skirts; and expansion of intensive agriculture is independent of soils production capacity. We discuss the social and environmental consequences of the proposed assumptions.