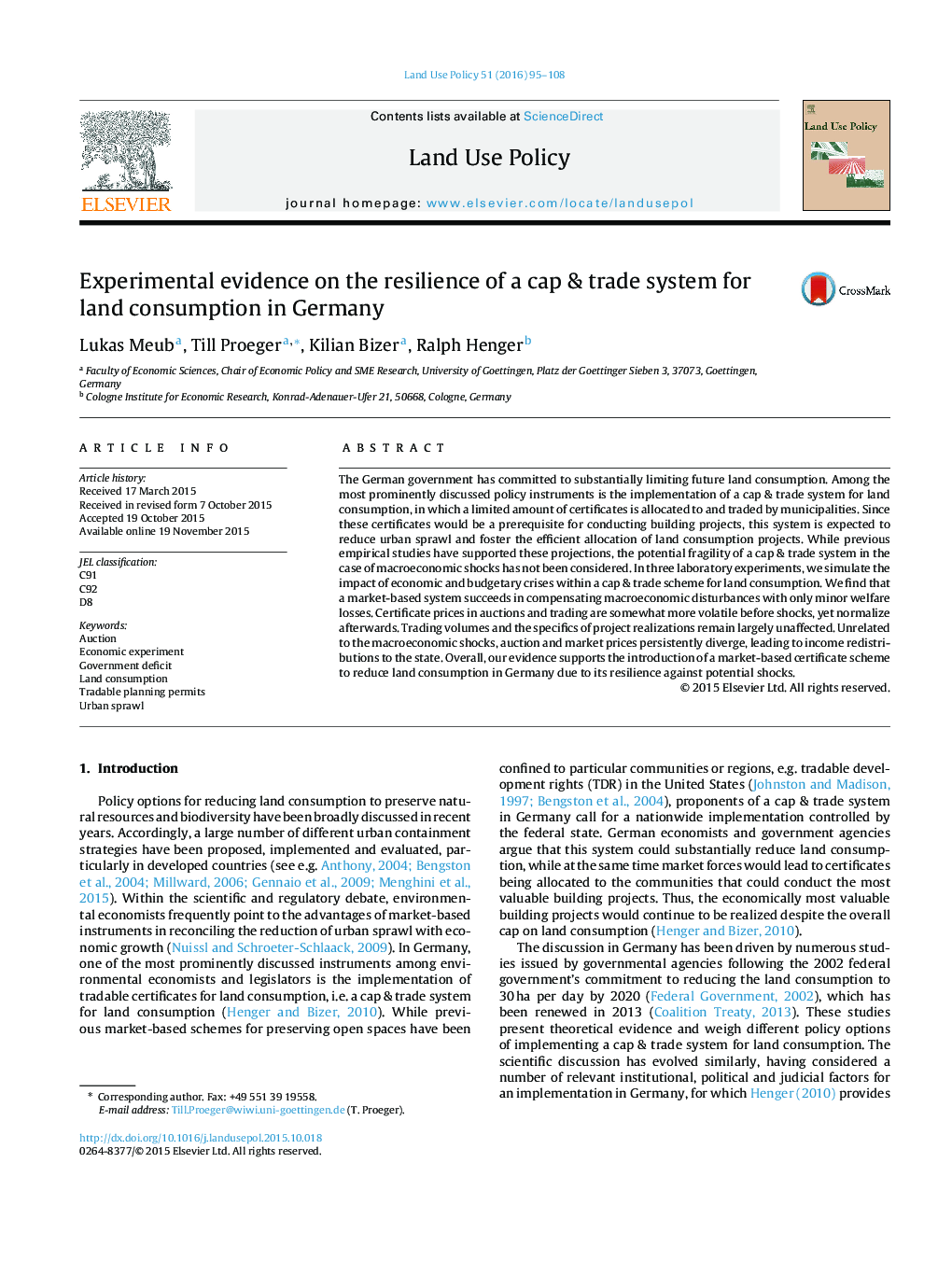 • We investigate a cap & trade system for land use in an economic experiment.
• The resilience of the system against different macroeconomic shocks is tested.
• Shocks are successfully compensated as only minor welfare losses result.
• Certificate prices have an increased pre-shock volatility, yet quickly normalize.
• Unrelated to the shocks, auction and market prices persistently diverge.

The German government has committed to substantially limiting future land consumption. Among the most prominently discussed policy instruments is the implementation of a cap & trade system for land consumption, in which a limited amount of certificates is allocated to and traded by municipalities. Since these certificates would be a prerequisite for conducting building projects, this system is expected to reduce urban sprawl and foster the efficient allocation of land consumption projects. While previous empirical studies have supported these projections, the potential fragility of a cap & trade system in the case of macroeconomic shocks has not been considered. In three laboratory experiments, we simulate the impact of economic and budgetary crises within a cap & trade scheme for land consumption. We find that a market-based system succeeds in compensating macroeconomic disturbances with only minor welfare losses. Certificate prices in auctions and trading are somewhat more volatile before shocks, yet normalize afterwards. Trading volumes and the specifics of project realizations remain largely unaffected. Unrelated to the macroeconomic shocks, auction and market prices persistently diverge, leading to income redistributions to the state. Overall, our evidence supports the introduction of a market-based certificate scheme to reduce land consumption in Germany due to its resilience against potential shocks.