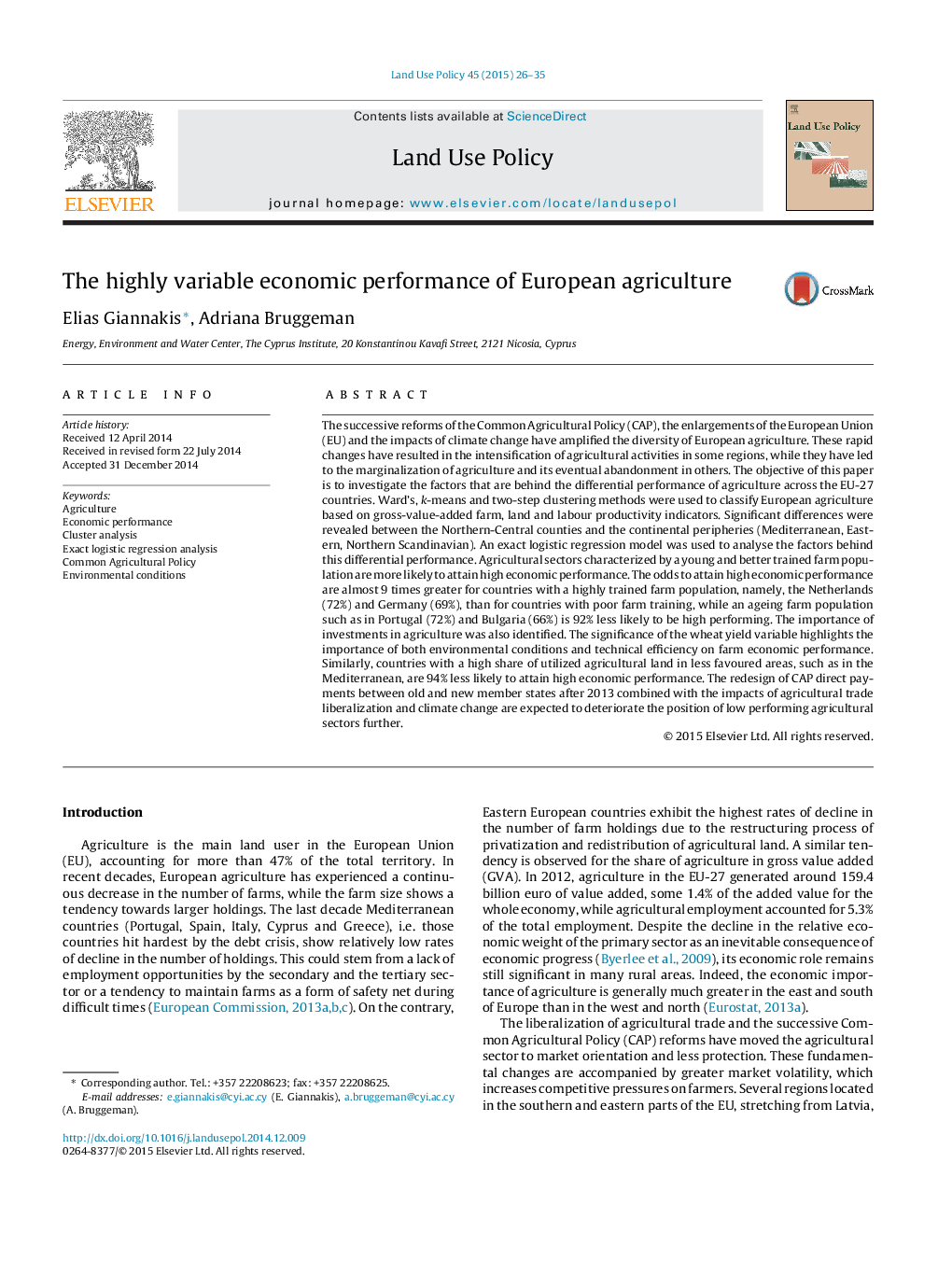 The successive reforms of the Common Agricultural Policy (CAP), the enlargements of the European Union (EU) and the impacts of climate change have amplified the diversity of European agriculture. These rapid changes have resulted in the intensification of agricultural activities in some regions, while they have led to the marginalization of agriculture and its eventual abandonment in others. The objective of this paper is to investigate the factors that are behind the differential performance of agriculture across the EU-27 countries. Ward's, k-means and two-step clustering methods were used to classify European agriculture based on gross-value-added farm, land and labour productivity indicators. Significant differences were revealed between the Northern-Central counties and the continental peripheries (Mediterranean, Eastern, Northern Scandinavian). An exact logistic regression model was used to analyse the factors behind this differential performance. Agricultural sectors characterized by a young and better trained farm population are more likely to attain high economic performance. The odds to attain high economic performance are almost 9 times greater for countries with a highly trained farm population, namely, the Netherlands (72%) and Germany (69%), than for countries with poor farm training, while an ageing farm population such as in Portugal (72%) and Bulgaria (66%) is 92% less likely to be high performing. The importance of investments in agriculture was also identified. The significance of the wheat yield variable highlights the importance of both environmental conditions and technical efficiency on farm economic performance. Similarly, countries with a high share of utilized agricultural land in less favoured areas, such as in the Mediterranean, are 94% less likely to attain high economic performance. The redesign of CAP direct payments between old and new member states after 2013 combined with the impacts of agricultural trade liberalization and climate change are expected to deteriorate the position of low performing agricultural sectors further.