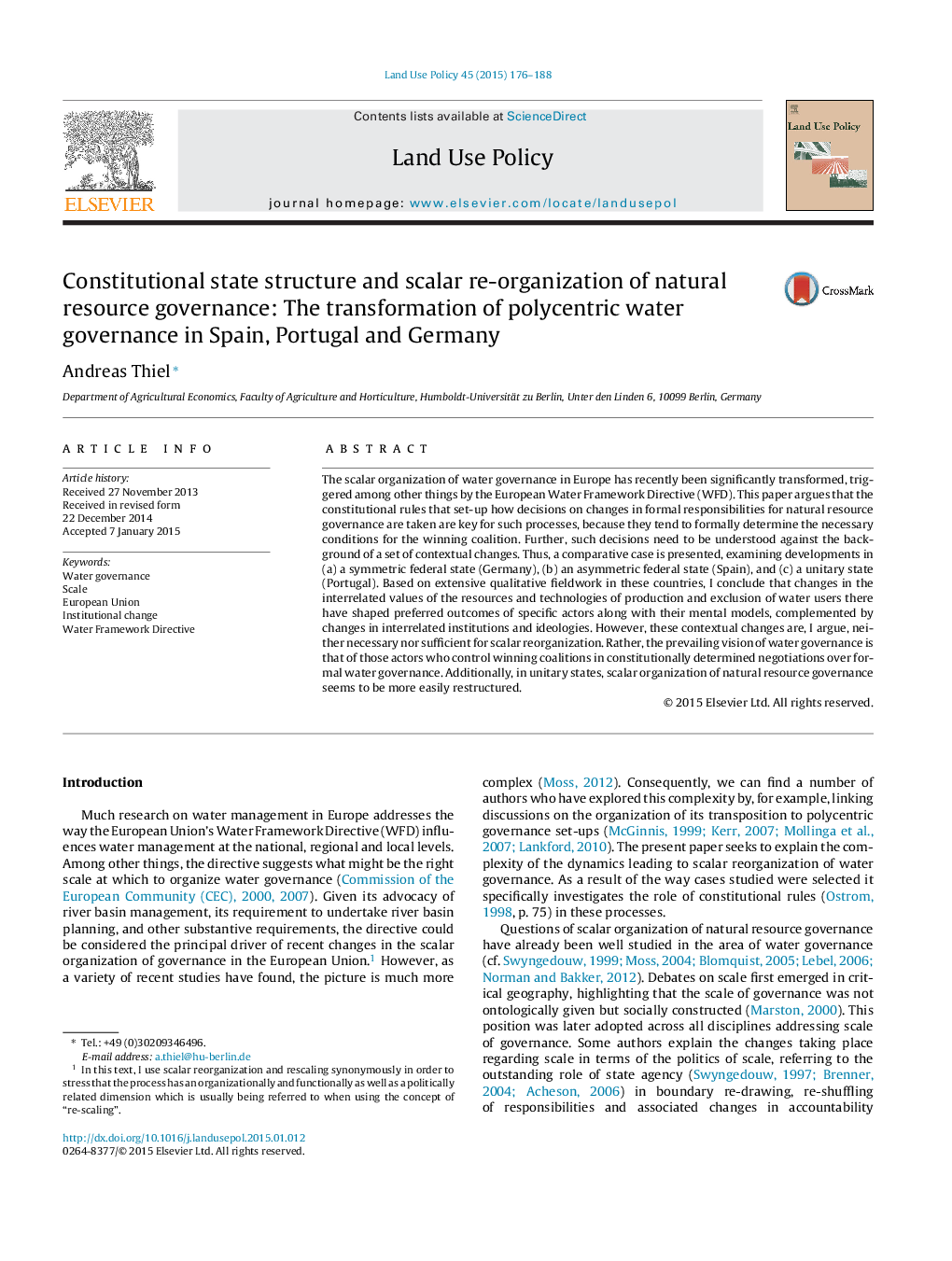 The scalar organization of water governance in Europe has recently been significantly transformed, triggered among other things by the European Water Framework Directive (WFD). This paper argues that the constitutional rules that set-up how decisions on changes in formal responsibilities for natural resource governance are taken are key for such processes, because they tend to formally determine the necessary conditions for the winning coalition. Further, such decisions need to be understood against the background of a set of contextual changes. Thus, a comparative case is presented, examining developments in (a) a symmetric federal state (Germany), (b) an asymmetric federal state (Spain), and (c) a unitary state (Portugal). Based on extensive qualitative fieldwork in these countries, I conclude that changes in the interrelated values of the resources and technologies of production and exclusion of water users there have shaped preferred outcomes of specific actors along with their mental models, complemented by changes in interrelated institutions and ideologies. However, these contextual changes are, I argue, neither necessary nor sufficient for scalar reorganization. Rather, the prevailing vision of water governance is that of those actors who control winning coalitions in constitutionally determined negotiations over formal water governance. Additionally, in unitary states, scalar organization of natural resource governance seems to be more easily restructured.