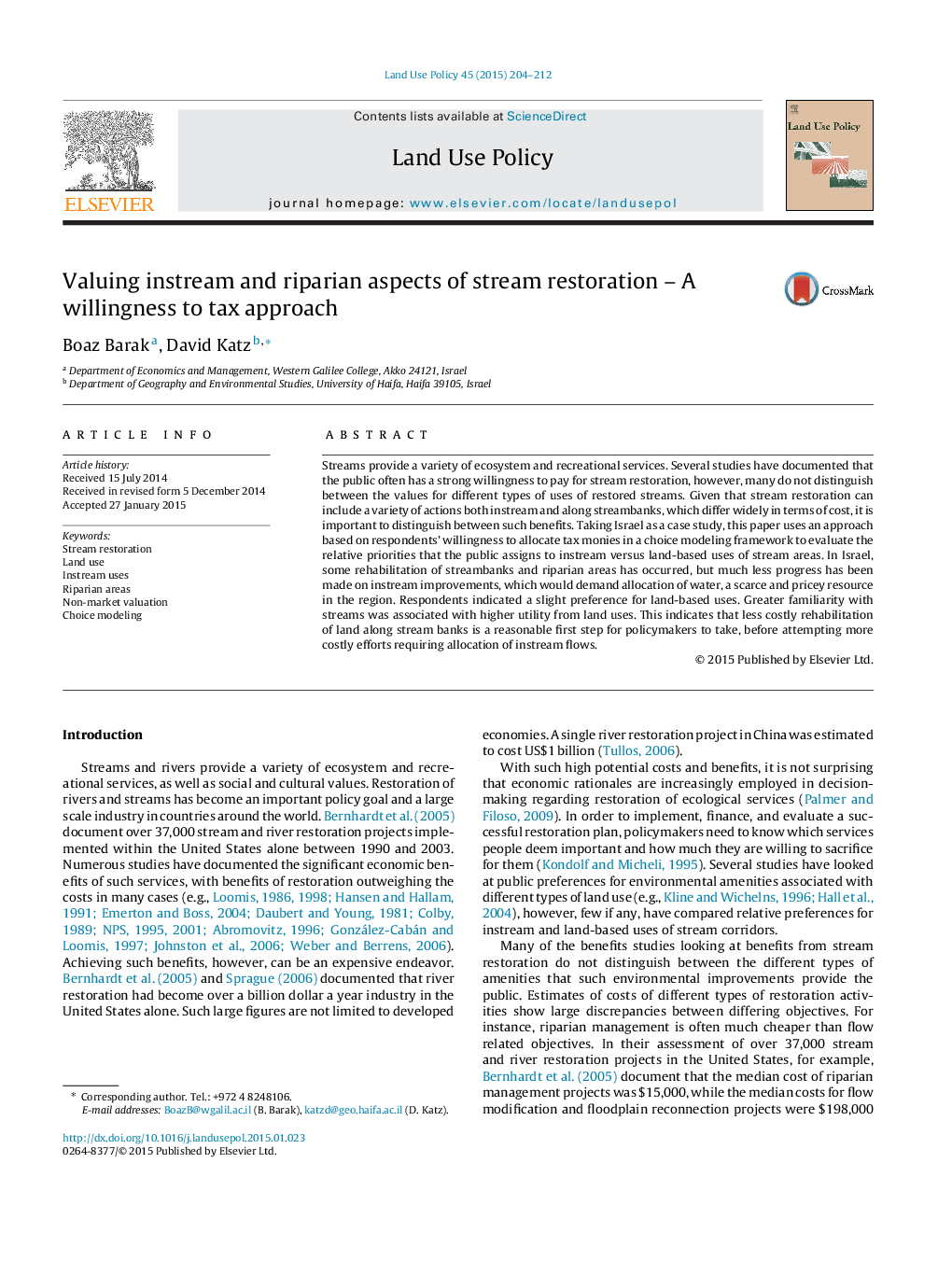 • Stream restoration involves both provision of land and water based amenities.
• Choice-modeling showed that in Israel land-based amenities are valued slightly higher than instream uses.
• Given high costs for supplying instream uses, focus should first be on restoration of riparian areas.
• Tax allocation mechanisms are a useful way to avoid some biases associated with traditional non-market valuation payment vehicles.

Streams provide a variety of ecosystem and recreational services. Several studies have documented that the public often has a strong willingness to pay for stream restoration, however, many do not distinguish between the values for different types of uses of restored streams. Given that stream restoration can include a variety of actions both instream and along streambanks, which differ widely in terms of cost, it is important to distinguish between such benefits. Taking Israel as a case study, this paper uses an approach based on respondents’ willingness to allocate tax monies in a choice modeling framework to evaluate the relative priorities that the public assigns to instream versus land-based uses of stream areas. In Israel, some rehabilitation of streambanks and riparian areas has occurred, but much less progress has been made on instream improvements, which would demand allocation of water, a scarce and pricey resource in the region. Respondents indicated a slight preference for land-based uses. Greater familiarity with streams was associated with higher utility from land uses. This indicates that less costly rehabilitation of land along stream banks is a reasonable first step for policymakers to take, before attempting more costly efforts requiring allocation of instream flows.