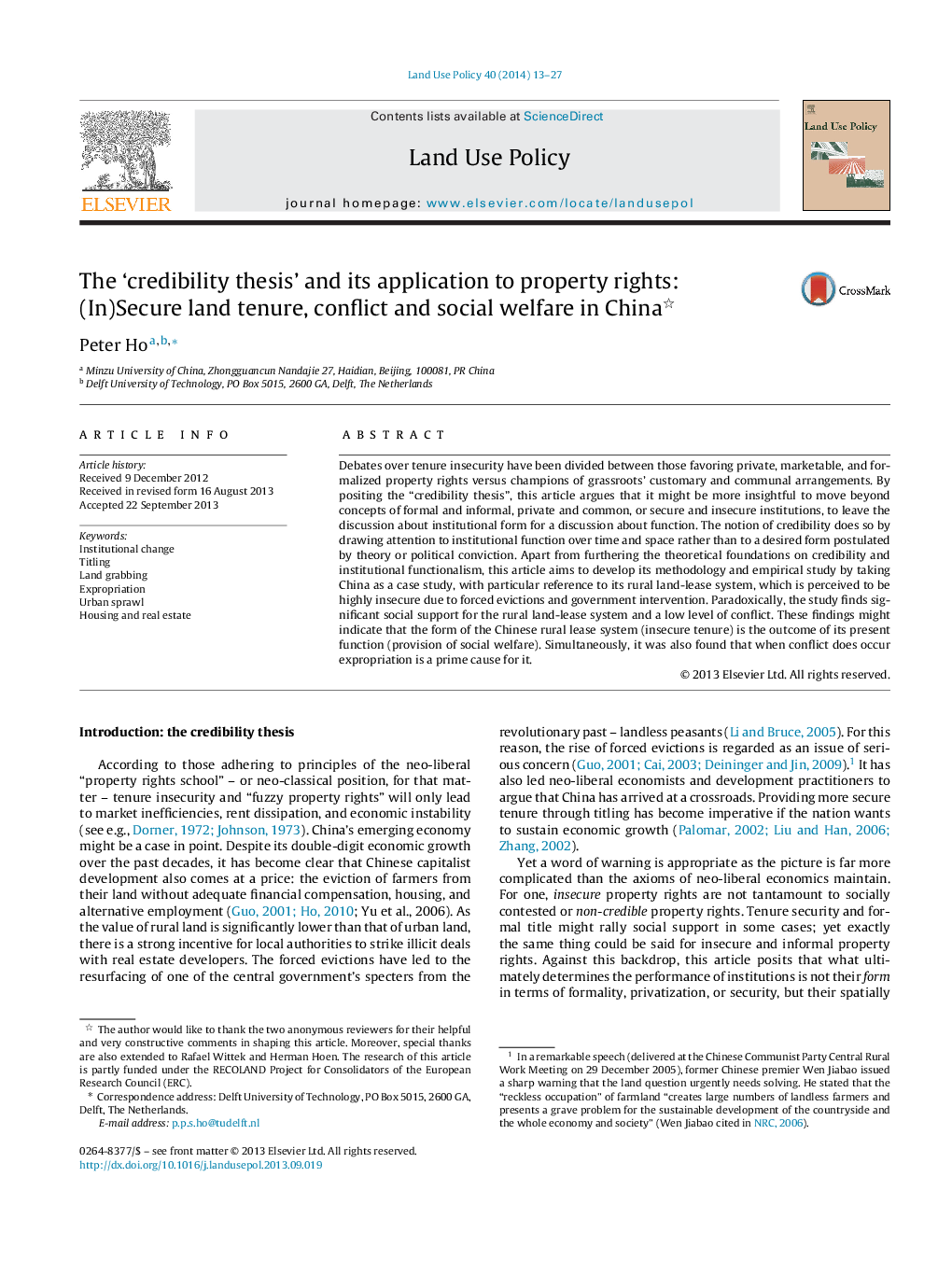 • Article argues we should focus on institutional function, and not on form.
• Discussion of credibility and institutional functionalism as new concepts.
• Chinese survey finds high social support for rural land tenure and low conflict.
• When conflict does occur expropriation is major cause.
• Survey indicates insecure tenure is outcome of provision of social welfare.

Debates over tenure insecurity have been divided between those favoring private, marketable, and formalized property rights versus champions of grassroots’ customary and communal arrangements. By positing the “credibility thesis”, this article argues that it might be more insightful to move beyond concepts of formal and informal, private and common, or secure and insecure institutions, to leave the discussion about institutional form for a discussion about function. The notion of credibility does so by drawing attention to institutional function over time and space rather than to a desired form postulated by theory or political conviction. Apart from furthering the theoretical foundations on credibility and institutional functionalism, this article aims to develop its methodology and empirical study by taking China as a case study, with particular reference to its rural land-lease system, which is perceived to be highly insecure due to forced evictions and government intervention. Paradoxically, the study finds significant social support for the rural land-lease system and a low level of conflict. These findings might indicate that the form of the Chinese rural lease system (insecure tenure) is the outcome of its present function (provision of social welfare). Simultaneously, it was also found that when conflict does occur expropriation is a prime cause for it.