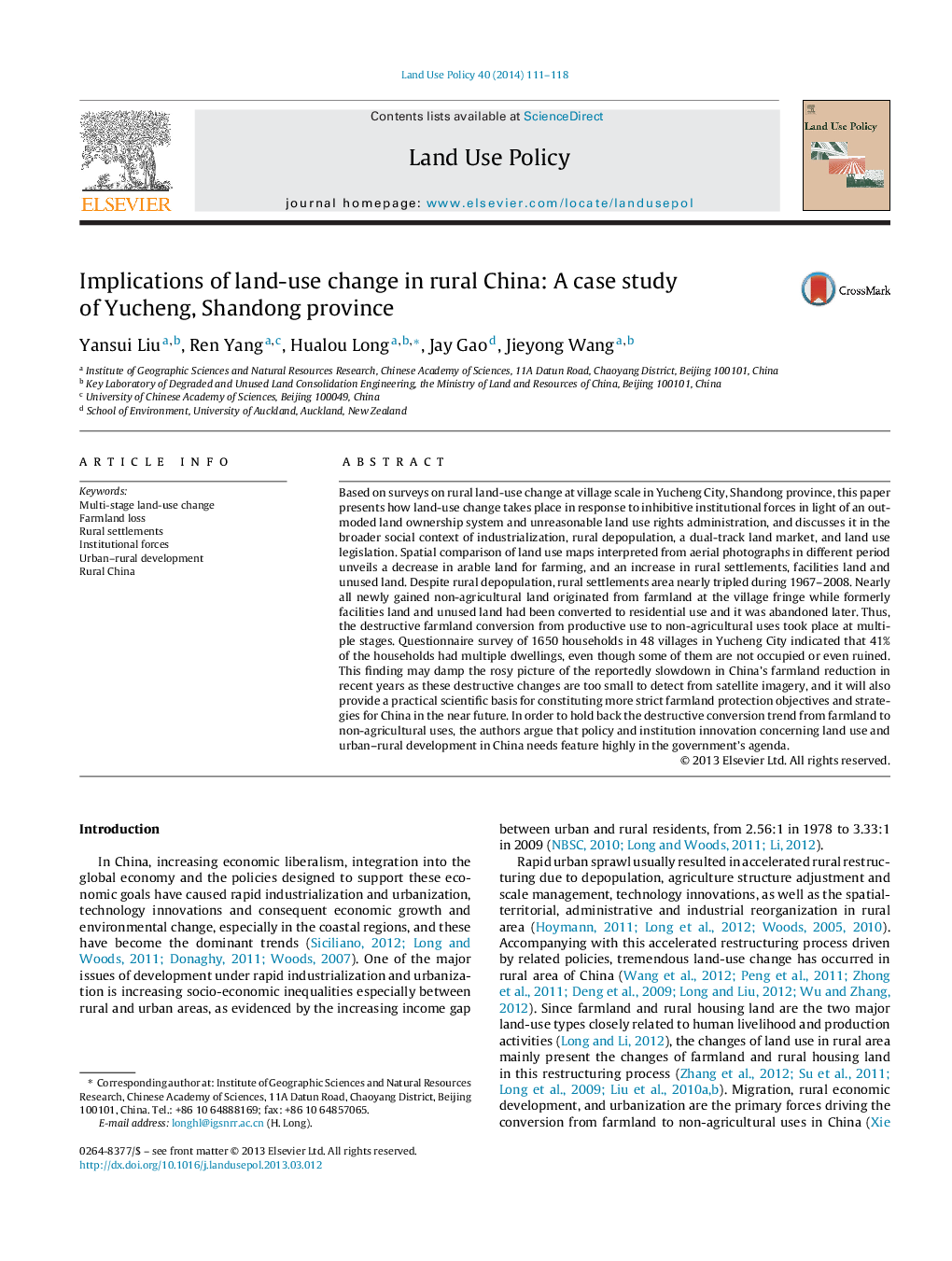 • Unveils how the collective land owners circumvent institutional restrictions by engaging in multi-stage land-use changes.
• This finding damps the rosy picture of the reportedly slowdown in China's farmland reduction in recent years.
• It provides a practical scientific basis for constituting more strict farmland protection objectives and strategies for China.
• Policy and institution innovation concerning land use in China needs feature highly in the government's agenda.

Based on surveys on rural land-use change at village scale in Yucheng City, Shandong province, this paper presents how land-use change takes place in response to inhibitive institutional forces in light of an outmoded land ownership system and unreasonable land use rights administration, and discusses it in the broader social context of industrialization, rural depopulation, a dual-track land market, and land use legislation. Spatial comparison of land use maps interpreted from aerial photographs in different period unveils a decrease in arable land for farming, and an increase in rural settlements, facilities land and unused land. Despite rural depopulation, rural settlements area nearly tripled during 1967–2008. Nearly all newly gained non-agricultural land originated from farmland at the village fringe while formerly facilities land and unused land had been converted to residential use and it was abandoned later. Thus, the destructive farmland conversion from productive use to non-agricultural uses took place at multiple stages. Questionnaire survey of 1650 households in 48 villages in Yucheng City indicated that 41% of the households had multiple dwellings, even though some of them are not occupied or even ruined. This finding may damp the rosy picture of the reportedly slowdown in China's farmland reduction in recent years as these destructive changes are too small to detect from satellite imagery, and it will also provide a practical scientific basis for constituting more strict farmland protection objectives and strategies for China in the near future. In order to hold back the destructive conversion trend from farmland to non-agricultural uses, the authors argue that policy and institution innovation concerning land use and urban–rural development in China needs feature highly in the government's agenda.