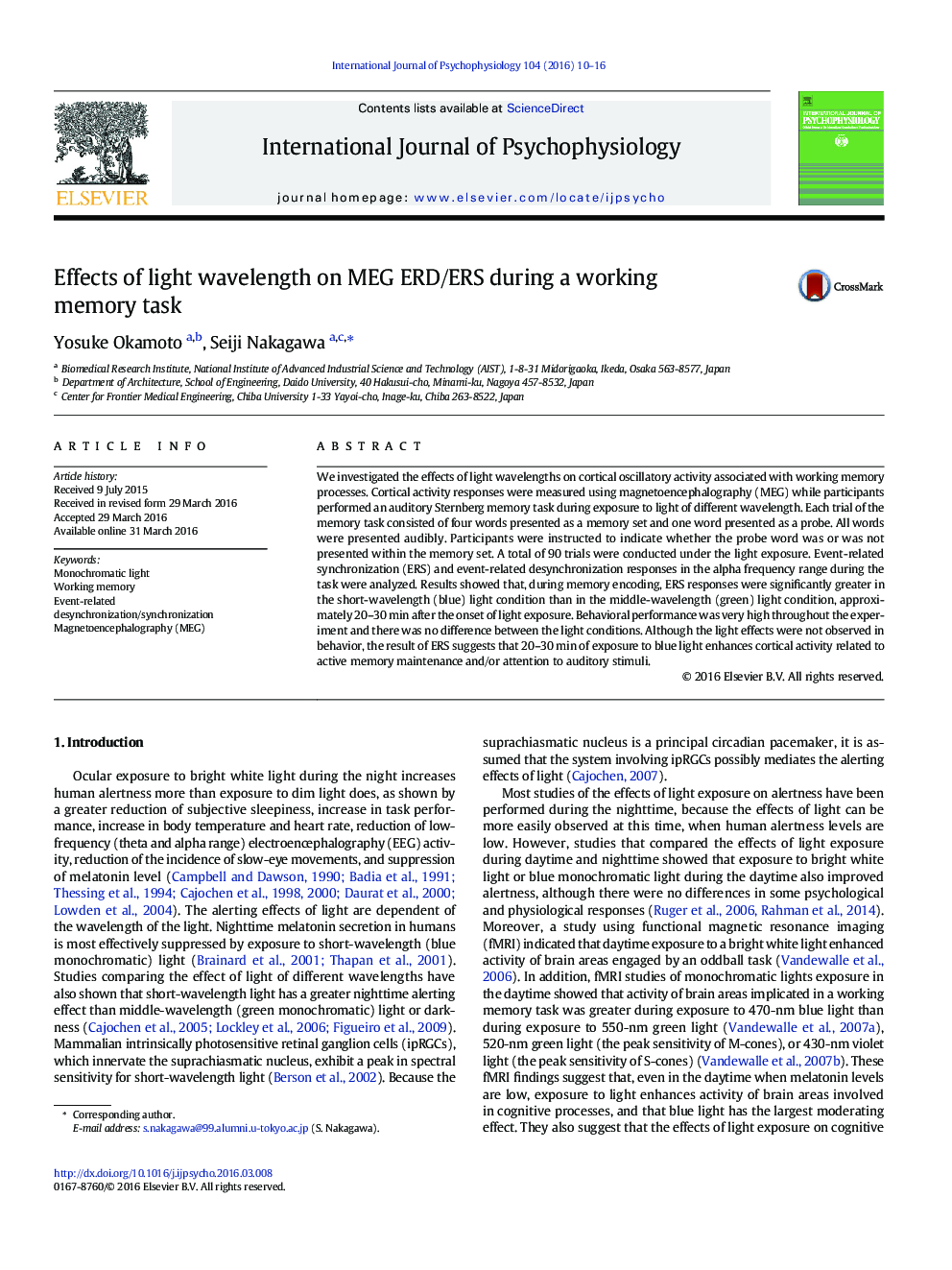 • Light effects on cortical oscillation during working memory task were investigated.
• MEG ERD/ERS responses under light with two different colors were analyzed.
• Task performance was high irrespective of light colors.
• ERS in the alpha band during memory encoding was increased by blue light.
• The increase of ERS was observed 20–30 min after the onset of light exposure.

We investigated the effects of light wavelengths on cortical oscillatory activity associated with working memory processes. Cortical activity responses were measured using magnetoencephalography (MEG) while participants performed an auditory Sternberg memory task during exposure to light of different wavelength. Each trial of the memory task consisted of four words presented as a memory set and one word presented as a probe. All words were presented audibly. Participants were instructed to indicate whether the probe word was or was not presented within the memory set. A total of 90 trials were conducted under the light exposure. Event-related synchronization (ERS) and event-related desynchronization responses in the alpha frequency range during the task were analyzed. Results showed that, during memory encoding, ERS responses were significantly greater in the short-wavelength (blue) light condition than in the middle-wavelength (green) light condition, approximately 20–30 min after the onset of light exposure. Behavioral performance was very high throughout the experiment and there was no difference between the light conditions. Although the light effects were not observed in behavior, the result of ERS suggests that 20–30 min of exposure to blue light enhances cortical activity related to active memory maintenance and/or attention to auditory stimuli.