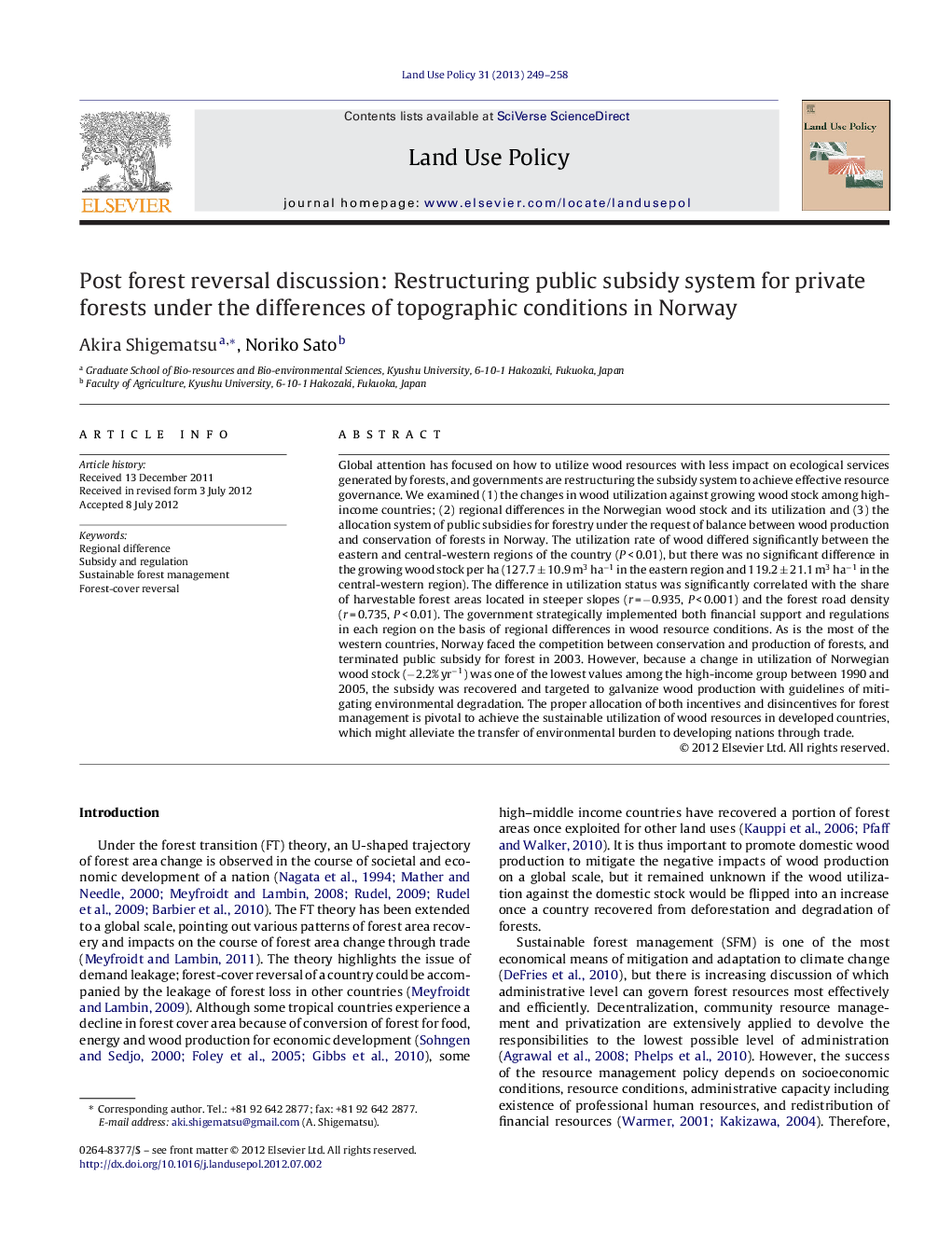 Global attention has focused on how to utilize wood resources with less impact on ecological services generated by forests, and governments are restructuring the subsidy system to achieve effective resource governance. We examined (1) the changes in wood utilization against growing wood stock among high-income countries; (2) regional differences in the Norwegian wood stock and its utilization and (3) the allocation system of public subsidies for forestry under the request of balance between wood production and conservation of forests in Norway. The utilization rate of wood differed significantly between the eastern and central-western regions of the country (P < 0.01), but there was no significant difference in the growing wood stock per ha (127.7 ± 10.9 m3 ha−1 in the eastern region and 119.2 ± 21.1 m3 ha−1 in the central-western region). The difference in utilization status was significantly correlated with the share of harvestable forest areas located in steeper slopes (r = −0.935, P < 0.001) and the forest road density (r = 0.735, P < 0.01). The government strategically implemented both financial support and regulations in each region on the basis of regional differences in wood resource conditions. As is the most of the western countries, Norway faced the competition between conservation and production of forests, and terminated public subsidy for forest in 2003. However, because a change in utilization of Norwegian wood stock (−2.2% yr−1) was one of the lowest values among the high-income group between 1990 and 2005, the subsidy was recovered and targeted to galvanize wood production with guidelines of mitigating environmental degradation. The proper allocation of both incentives and disincentives for forest management is pivotal to achieve the sustainable utilization of wood resources in developed countries, which might alleviate the transfer of environmental burden to developing nations through trade.