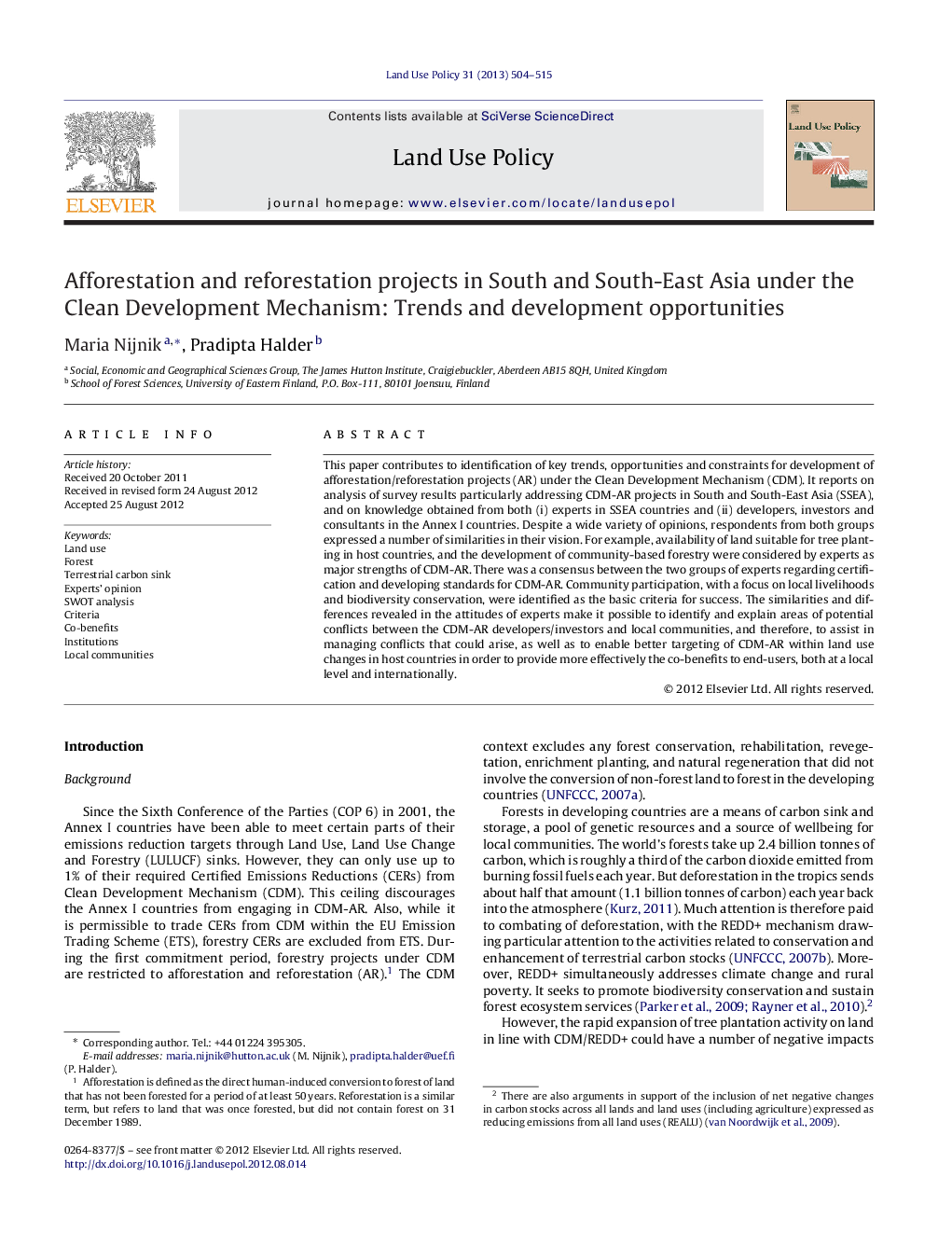 This paper contributes to identification of key trends, opportunities and constraints for development of afforestation/reforestation projects (AR) under the Clean Development Mechanism (CDM). It reports on analysis of survey results particularly addressing CDM-AR projects in South and South-East Asia (SSEA), and on knowledge obtained from both (i) experts in SSEA countries and (ii) developers, investors and consultants in the Annex I countries. Despite a wide variety of opinions, respondents from both groups expressed a number of similarities in their vision. For example, availability of land suitable for tree planting in host countries, and the development of community-based forestry were considered by experts as major strengths of CDM-AR. There was a consensus between the two groups of experts regarding certification and developing standards for CDM-AR. Community participation, with a focus on local livelihoods and biodiversity conservation, were identified as the basic criteria for success. The similarities and differences revealed in the attitudes of experts make it possible to identify and explain areas of potential conflicts between the CDM-AR developers/investors and local communities, and therefore, to assist in managing conflicts that could arise, as well as to enable better targeting of CDM-AR within land use changes in host countries in order to provide more effectively the co-benefits to end-users, both at a local level and internationally.

► Experts from SSEA and Annex I countries were both included in our survey, providing new insights on SWOT, trends and prospects of CDM-AR projects.
► Community participation, with a focus on local livelihoods and biodiversity conservation, is identified as the basic criterion for success in CDM-AR.
► The attitudinal diversity revealed among experts enabled identification of areas of consensus and potential conflicts between the CDM-AR developers and local communities, in order to assist in better targeting of projects to provide multiple benefits to end-users.