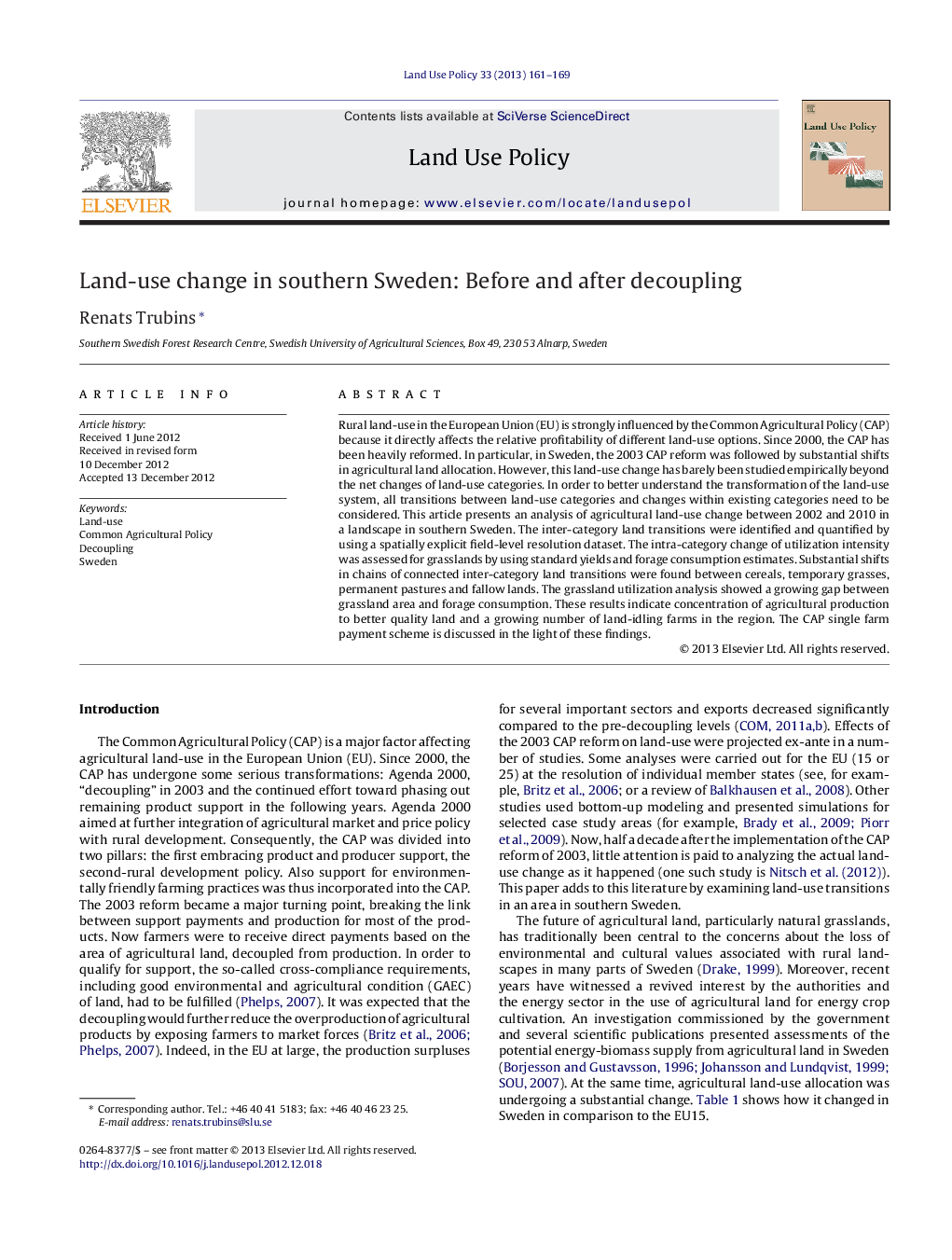 Rural land-use in the European Union (EU) is strongly influenced by the Common Agricultural Policy (CAP) because it directly affects the relative profitability of different land-use options. Since 2000, the CAP has been heavily reformed. In particular, in Sweden, the 2003 CAP reform was followed by substantial shifts in agricultural land allocation. However, this land-use change has barely been studied empirically beyond the net changes of land-use categories. In order to better understand the transformation of the land-use system, all transitions between land-use categories and changes within existing categories need to be considered. This article presents an analysis of agricultural land-use change between 2002 and 2010 in a landscape in southern Sweden. The inter-category land transitions were identified and quantified by using a spatially explicit field-level resolution dataset. The intra-category change of utilization intensity was assessed for grasslands by using standard yields and forage consumption estimates. Substantial shifts in chains of connected inter-category land transitions were found between cereals, temporary grasses, permanent pastures and fallow lands. The grassland utilization analysis showed a growing gap between grassland area and forage consumption. These results indicate concentration of agricultural production to better quality land and a growing number of land-idling farms in the region. The CAP single farm payment scheme is discussed in the light of these findings.

► Agricultural land-use change in southern Sweden after the CAP decoupling is analyzed.
► A GIS dataset is used to identify land-use transitions.
► Regional forage requirement is calculated to assess the utilization of grassland.
► The results show concentration of agriculture to better quality land and land-idling.