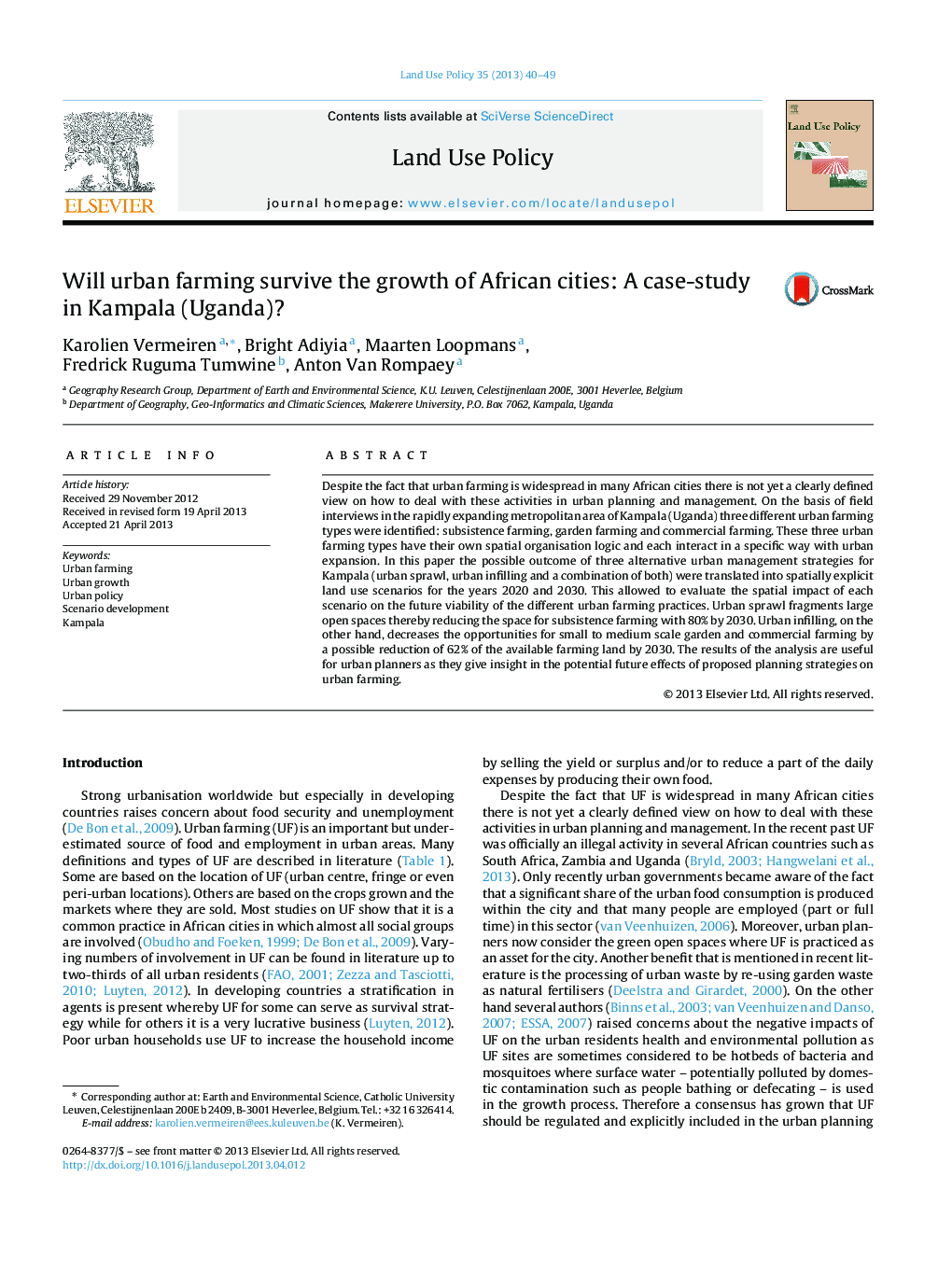 Despite the fact that urban farming is widespread in many African cities there is not yet a clearly defined view on how to deal with these activities in urban planning and management. On the basis of field interviews in the rapidly expanding metropolitan area of Kampala (Uganda) three different urban farming types were identified: subsistence farming, garden farming and commercial farming. These three urban farming types have their own spatial organisation logic and each interact in a specific way with urban expansion. In this paper the possible outcome of three alternative urban management strategies for Kampala (urban sprawl, urban infilling and a combination of both) were translated into spatially explicit land use scenarios for the years 2020 and 2030. This allowed to evaluate the spatial impact of each scenario on the future viability of the different urban farming practices. Urban sprawl fragments large open spaces thereby reducing the space for subsistence farming with 80% by 2030. Urban infilling, on the other hand, decreases the opportunities for small to medium scale garden and commercial farming by a possible reduction of 62% of the available farming land by 2030. The results of the analysis are useful for urban planners as they give insight in the potential future effects of proposed planning strategies on urban farming.