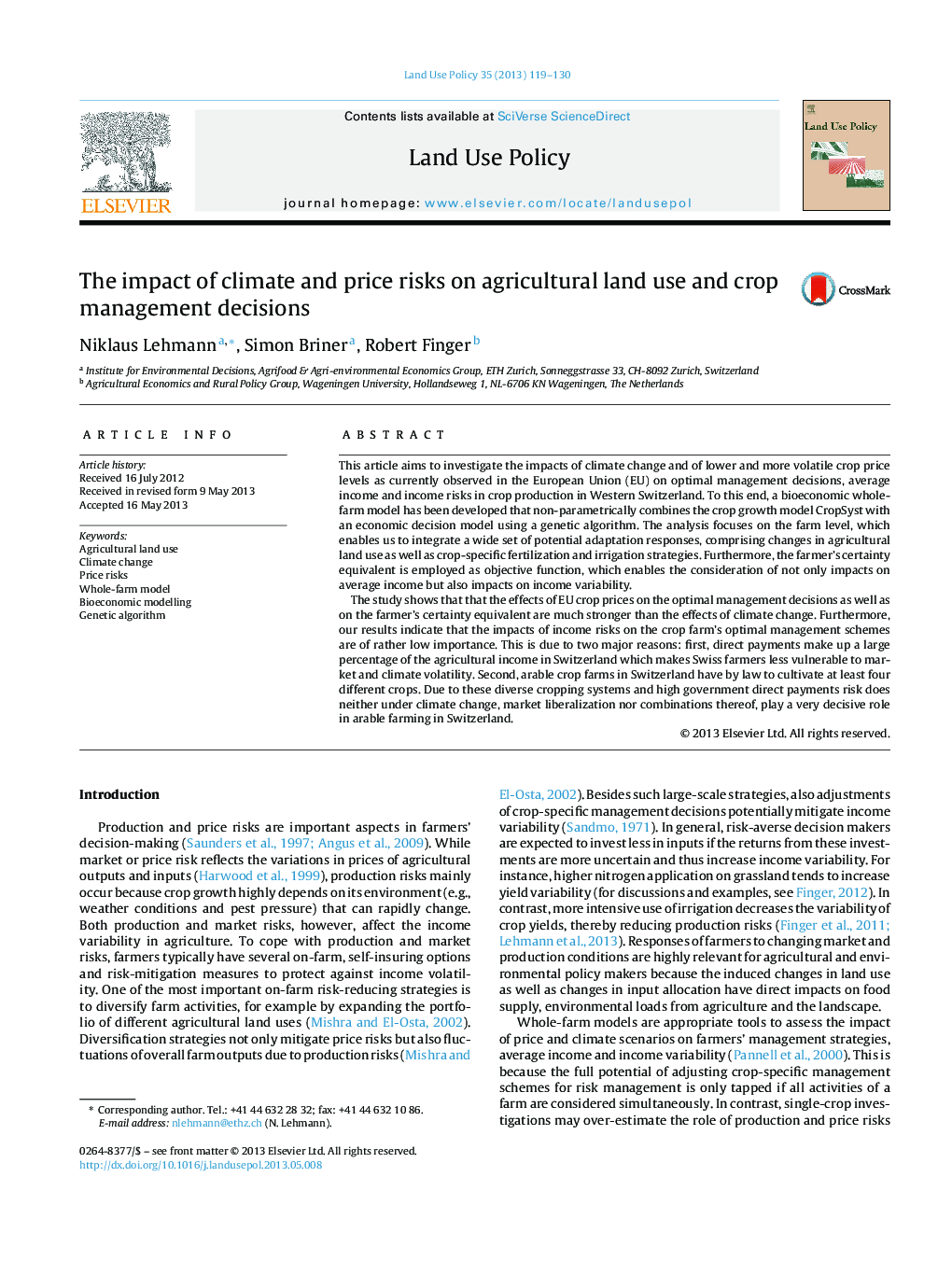 This article aims to investigate the impacts of climate change and of lower and more volatile crop price levels as currently observed in the European Union (EU) on optimal management decisions, average income and income risks in crop production in Western Switzerland. To this end, a bioeconomic whole-farm model has been developed that non-parametrically combines the crop growth model CropSyst with an economic decision model using a genetic algorithm. The analysis focuses on the farm level, which enables us to integrate a wide set of potential adaptation responses, comprising changes in agricultural land use as well as crop-specific fertilization and irrigation strategies. Furthermore, the farmer's certainty equivalent is employed as objective function, which enables the consideration of not only impacts on average income but also impacts on income variability.The study shows that that the effects of EU crop prices on the optimal management decisions as well as on the farmer's certainty equivalent are much stronger than the effects of climate change. Furthermore, our results indicate that the impacts of income risks on the crop farm's optimal management schemes are of rather low importance. This is due to two major reasons: first, direct payments make up a large percentage of the agricultural income in Switzerland which makes Swiss farmers less vulnerable to market and climate volatility. Second, arable crop farms in Switzerland have by law to cultivate at least four different crops. Due to these diverse cropping systems and high government direct payments risk does neither under climate change, market liberalization nor combinations thereof, play a very decisive role in arable farming in Switzerland.