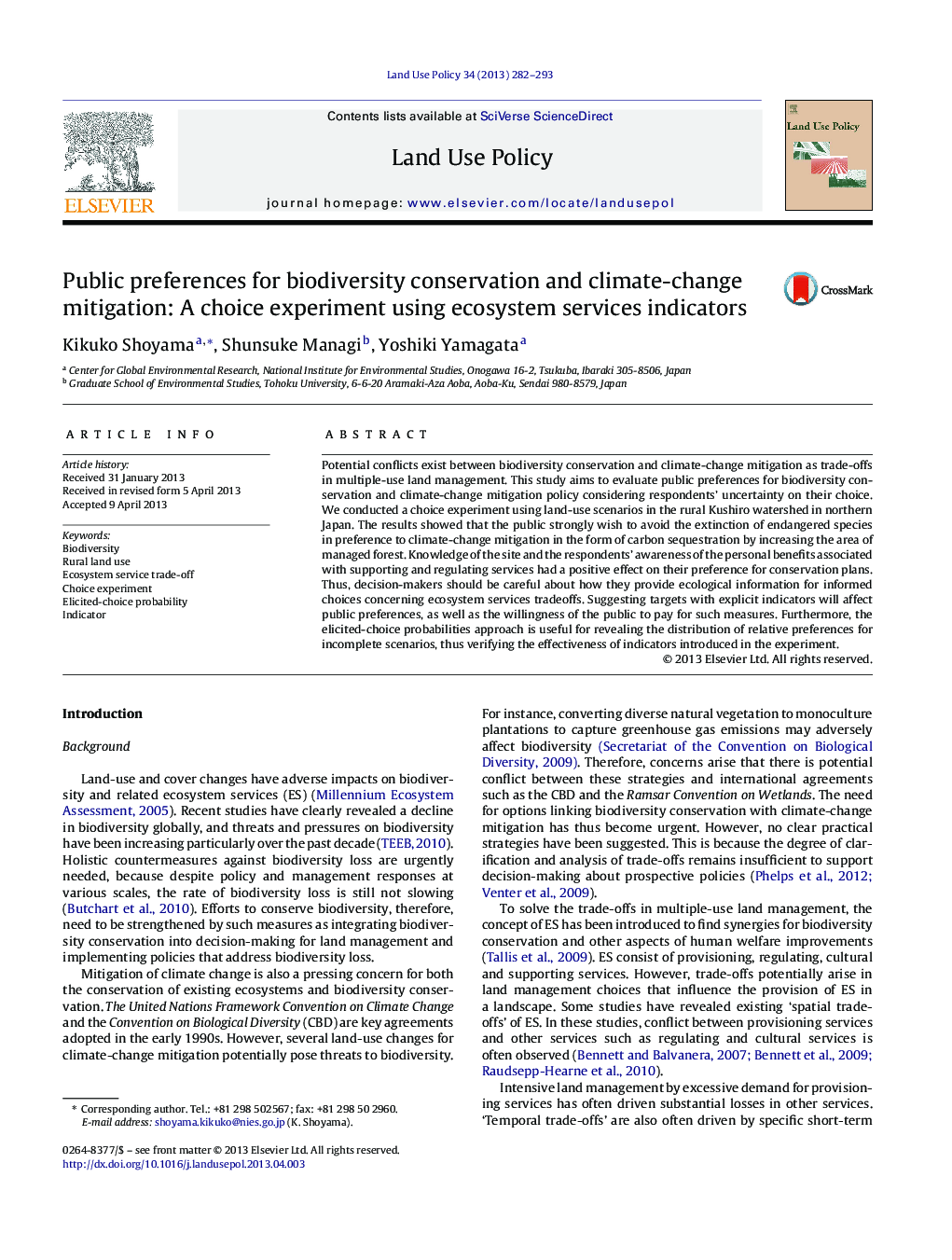 • We model public preference for land-use scenarios in the rural landscape.
• Biodiversity conservation was the most preferred option on average.
• The public wish to avoid the extinction of endangered species in preference to climate-change mitigation.
• The awareness of ecosystem services had a significant effect on their preference.
• The elicited-choice probabilities approach reveals relative preferences in the choice experiment.

Potential conflicts exist between biodiversity conservation and climate-change mitigation as trade-offs in multiple-use land management. This study aims to evaluate public preferences for biodiversity conservation and climate-change mitigation policy considering respondents’ uncertainty on their choice. We conducted a choice experiment using land-use scenarios in the rural Kushiro watershed in northern Japan. The results showed that the public strongly wish to avoid the extinction of endangered species in preference to climate-change mitigation in the form of carbon sequestration by increasing the area of managed forest. Knowledge of the site and the respondents’ awareness of the personal benefits associated with supporting and regulating services had a positive effect on their preference for conservation plans. Thus, decision-makers should be careful about how they provide ecological information for informed choices concerning ecosystem services tradeoffs. Suggesting targets with explicit indicators will affect public preferences, as well as the willingness of the public to pay for such measures. Furthermore, the elicited-choice probabilities approach is useful for revealing the distribution of relative preferences for incomplete scenarios, thus verifying the effectiveness of indicators introduced in the experiment.