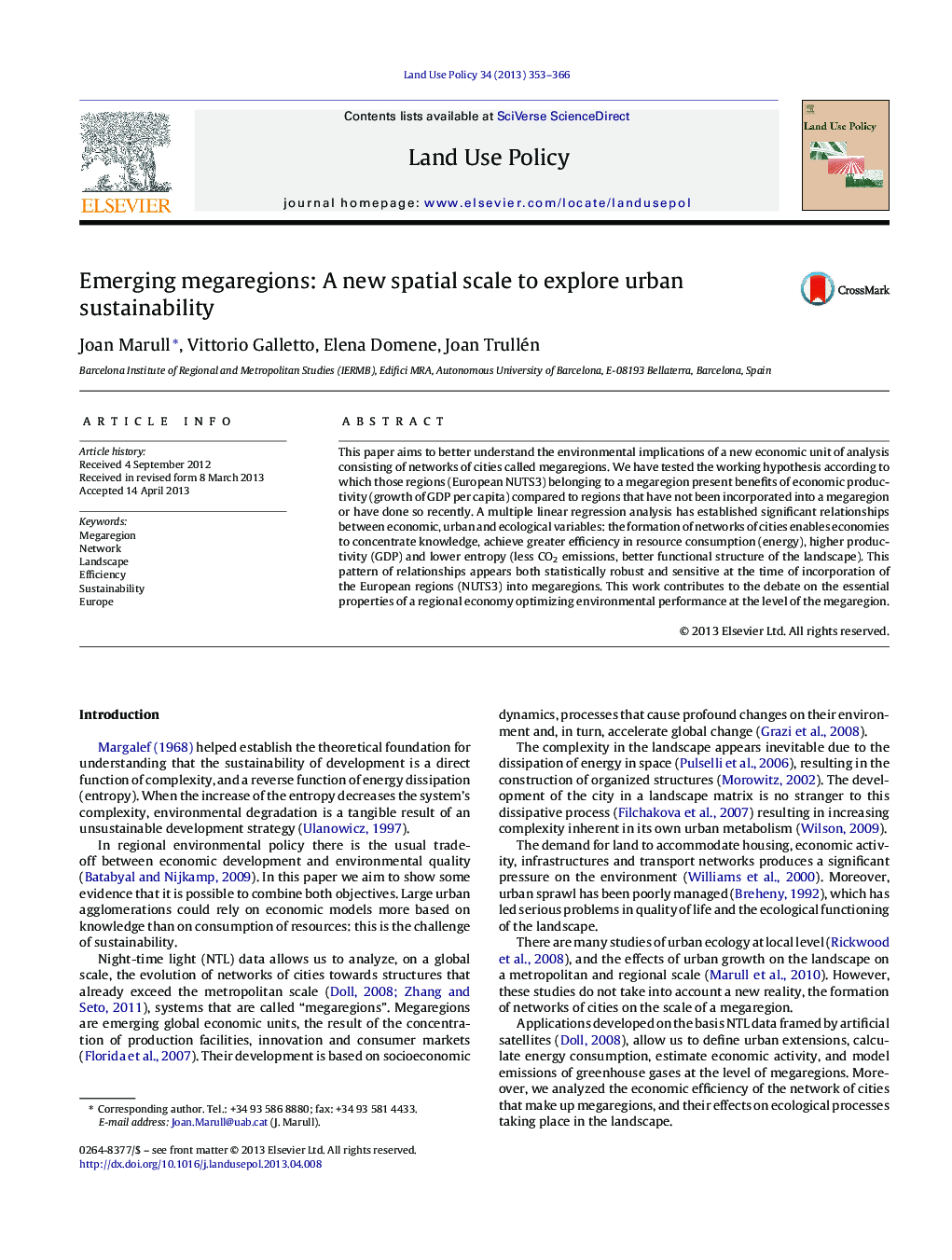 • We aim to better understand the environmental implications of European megaregions.
• Belonging to a megaregion brings benefits in economic productivity.
• Relationships between economic, urban and ecological variables have been found.
• Megaregion enables knowledge concentration and greater energy efficiency.
• Regional policies towards improving sustainability at the level of the megaregion.

This paper aims to better understand the environmental implications of a new economic unit of analysis consisting of networks of cities called megaregions. We have tested the working hypothesis according to which those regions (European NUTS3) belonging to a megaregion present benefits of economic productivity (growth of GDP per capita) compared to regions that have not been incorporated into a megaregion or have done so recently. A multiple linear regression analysis has established significant relationships between economic, urban and ecological variables: the formation of networks of cities enables economies to concentrate knowledge, achieve greater efficiency in resource consumption (energy), higher productivity (GDP) and lower entropy (less CO2 emissions, better functional structure of the landscape). This pattern of relationships appears both statistically robust and sensitive at the time of incorporation of the European regions (NUTS3) into megaregions. This work contributes to the debate on the essential properties of a regional economy optimizing environmental performance at the level of the megaregion.