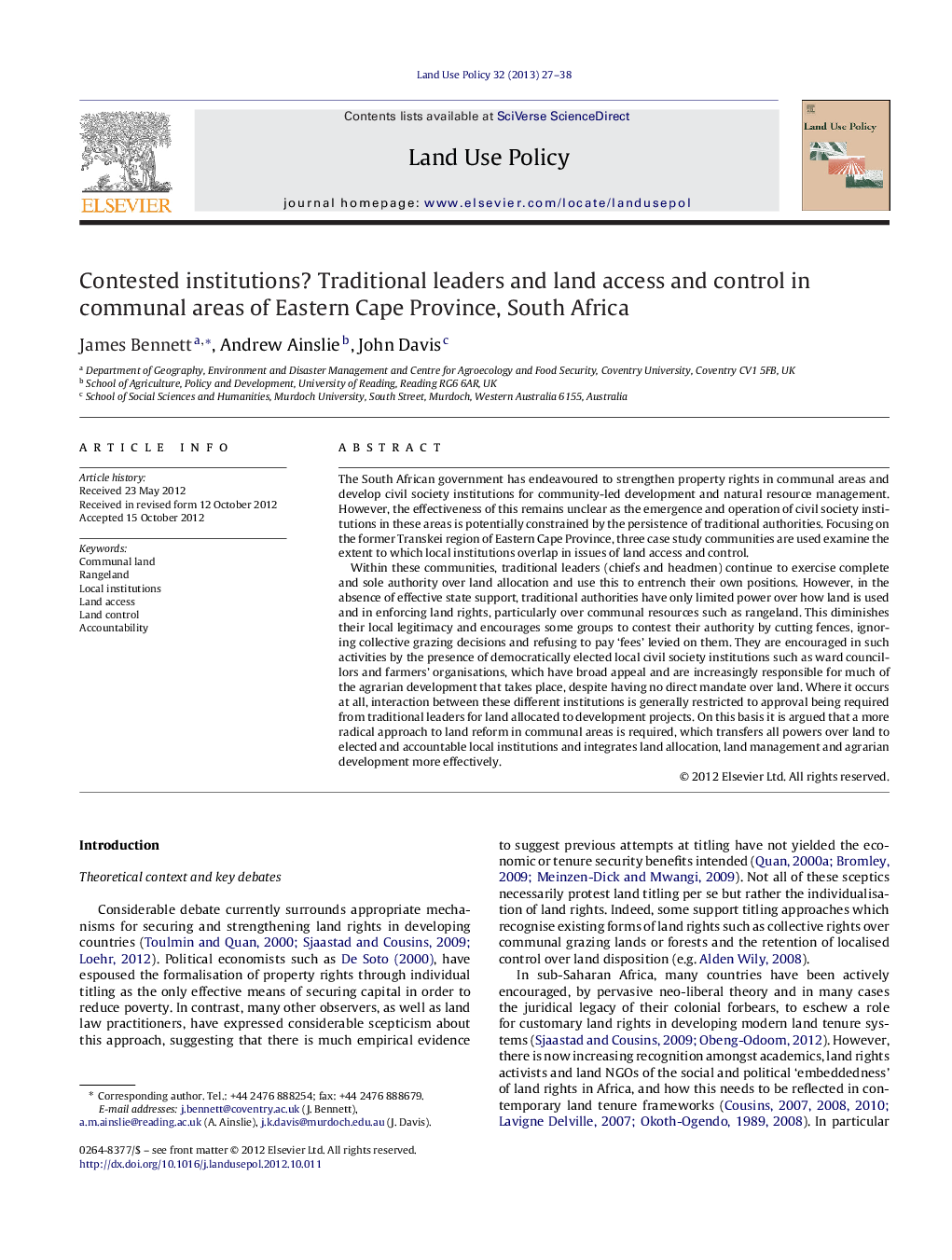 The South African government has endeavoured to strengthen property rights in communal areas and develop civil society institutions for community-led development and natural resource management. However, the effectiveness of this remains unclear as the emergence and operation of civil society institutions in these areas is potentially constrained by the persistence of traditional authorities. Focusing on the former Transkei region of Eastern Cape Province, three case study communities are used examine the extent to which local institutions overlap in issues of land access and control.Within these communities, traditional leaders (chiefs and headmen) continue to exercise complete and sole authority over land allocation and use this to entrench their own positions. However, in the absence of effective state support, traditional authorities have only limited power over how land is used and in enforcing land rights, particularly over communal resources such as rangeland. This diminishes their local legitimacy and encourages some groups to contest their authority by cutting fences, ignoring collective grazing decisions and refusing to pay ‘fees’ levied on them. They are encouraged in such activities by the presence of democratically elected local civil society institutions such as ward councillors and farmers’ organisations, which have broad appeal and are increasingly responsible for much of the agrarian development that takes place, despite having no direct mandate over land. Where it occurs at all, interaction between these different institutions is generally restricted to approval being required from traditional leaders for land allocated to development projects. On this basis it is argued that a more radical approach to land reform in communal areas is required, which transfers all powers over land to elected and accountable local institutions and integrates land allocation, land management and agrarian development more effectively.

► Traditional authorities maintain complete power over allocation of land.
► Their control over collective grazing of rangeland is ineffective.
► Some sectors of the community resist traditional authority.
► Civil society institutions also exist but only to facilitate community development.
► Interaction between institutions around land and development is currently limited.