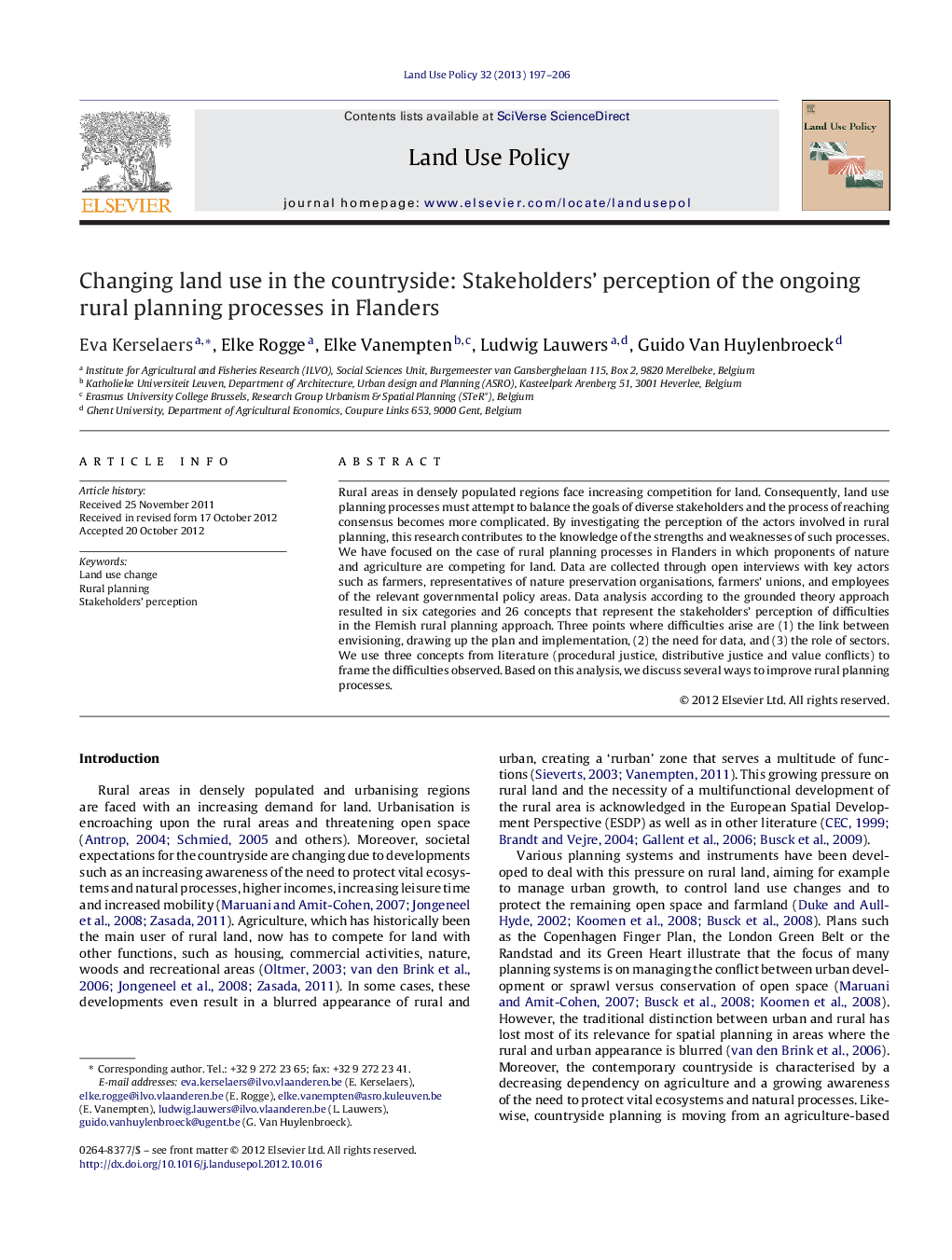 Rural areas in densely populated regions face increasing competition for land. Consequently, land use planning processes must attempt to balance the goals of diverse stakeholders and the process of reaching consensus becomes more complicated. By investigating the perception of the actors involved in rural planning, this research contributes to the knowledge of the strengths and weaknesses of such processes. We have focused on the case of rural planning processes in Flanders in which proponents of nature and agriculture are competing for land. Data are collected through open interviews with key actors such as farmers, representatives of nature preservation organisations, farmers’ unions, and employees of the relevant governmental policy areas. Data analysis according to the grounded theory approach resulted in six categories and 26 concepts that represent the stakeholders’ perception of difficulties in the Flemish rural planning approach. Three points where difficulties arise are (1) the link between envisioning, drawing up the plan and implementation, (2) the need for data, and (3) the role of sectors. We use three concepts from literature (procedural justice, distributive justice and value conflicts) to frame the difficulties observed. Based on this analysis, we discuss several ways to improve rural planning processes.

► We study rural planning processes as perceived by the actors involved.
► Open interviews and grounded theory approach are used to collect and analyse data.
► Six categories and 26 concepts reveal the complexity of rural planning in Flanders.
► Difficulties relate to procedural and distributive justice and to value conflicts.
► Starting from the analysis, proposals for improvement are formulated.