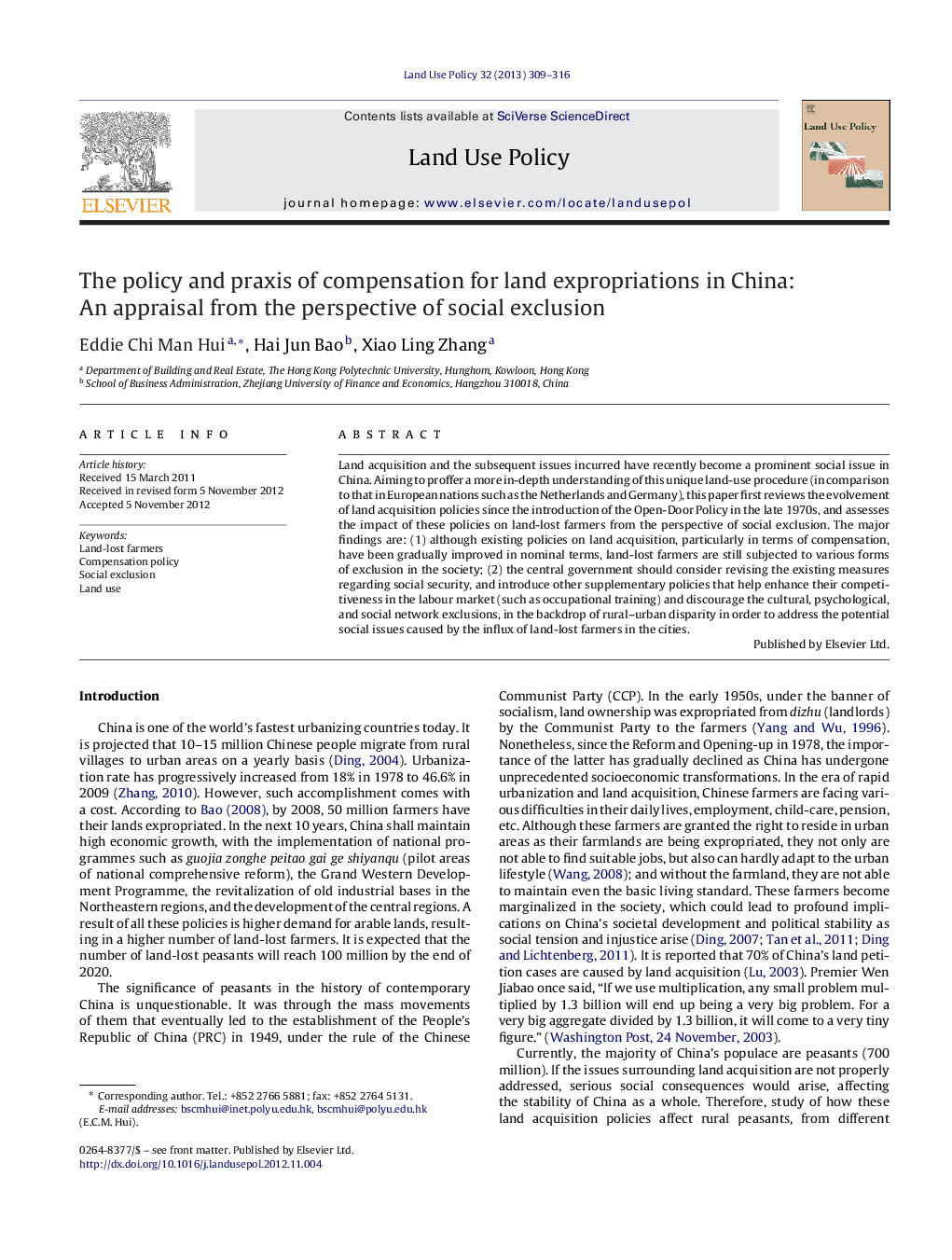 Land acquisition and the subsequent issues incurred have recently become a prominent social issue in China. Aiming to proffer a more in-depth understanding of this unique land-use procedure (in comparison to that in European nations such as the Netherlands and Germany), this paper first reviews the evolvement of land acquisition policies since the introduction of the Open-Door Policy in the late 1970s, and assesses the impact of these policies on land-lost farmers from the perspective of social exclusion. The major findings are: (1) although existing policies on land acquisition, particularly in terms of compensation, have been gradually improved in nominal terms, land-lost farmers are still subjected to various forms of exclusion in the society; (2) the central government should consider revising the existing measures regarding social security, and introduce other supplementary policies that help enhance their competitiveness in the labour market (such as occupational training) and discourage the cultural, psychological, and social network exclusions, in the backdrop of rural–urban disparity in order to address the potential social issues caused by the influx of land-lost farmers in the cities.

► This paper assesses land acquisition policies from the perspective of social exclusion.
► Though not overlooked, land compensations do not suffice for farmers to maintain their livelihood.
► Land-lost farmers still subjected to exclusion in the society; despite policy improvements.
► The central government should consider revising the existing measures regarding social security.
► Other supplementary policies should also be introduced to address the related social issues.