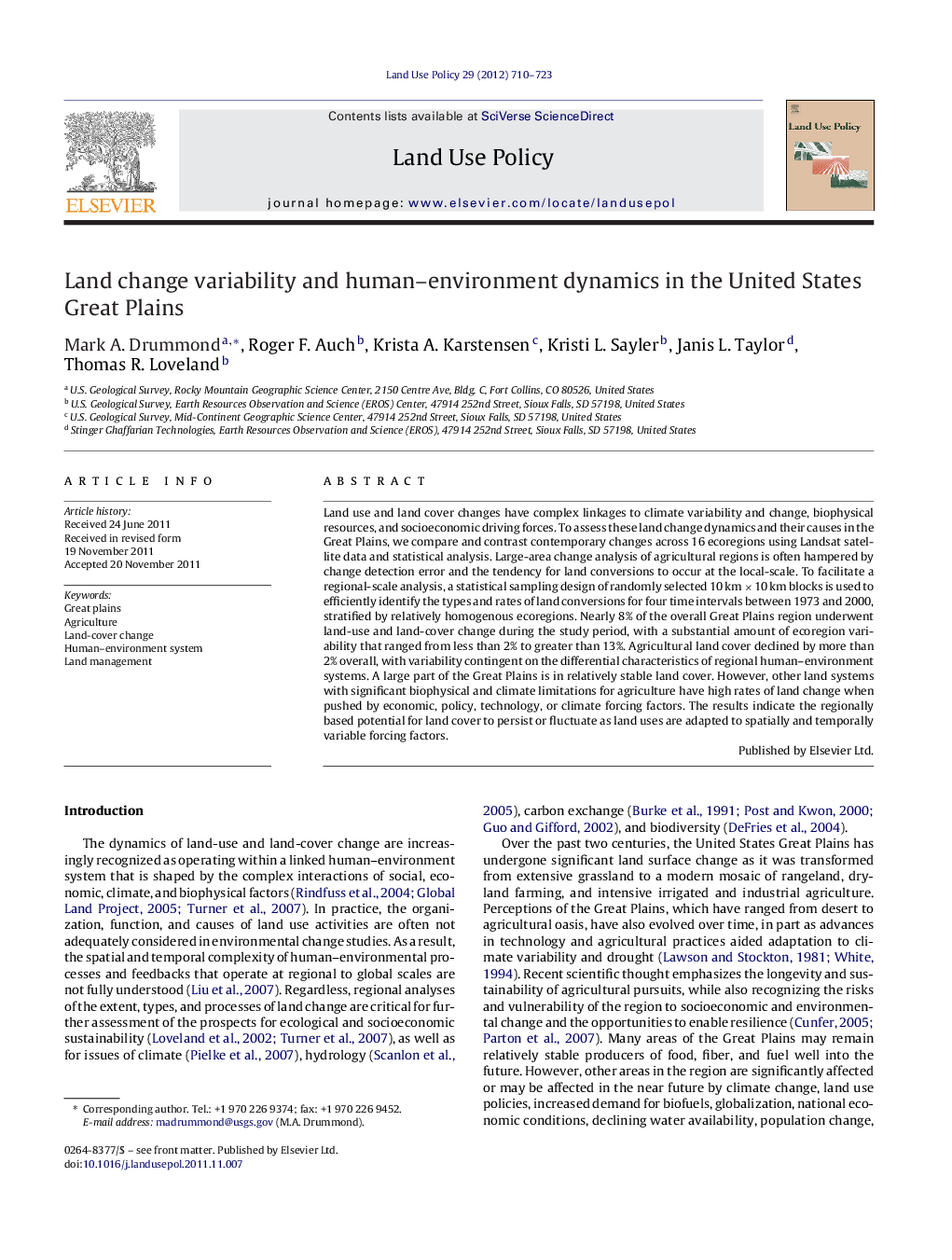 Land use and land cover changes have complex linkages to climate variability and change, biophysical resources, and socioeconomic driving forces. To assess these land change dynamics and their causes in the Great Plains, we compare and contrast contemporary changes across 16 ecoregions using Landsat satellite data and statistical analysis. Large-area change analysis of agricultural regions is often hampered by change detection error and the tendency for land conversions to occur at the local-scale. To facilitate a regional-scale analysis, a statistical sampling design of randomly selected 10 km × 10 km blocks is used to efficiently identify the types and rates of land conversions for four time intervals between 1973 and 2000, stratified by relatively homogenous ecoregions. Nearly 8% of the overall Great Plains region underwent land-use and land-cover change during the study period, with a substantial amount of ecoregion variability that ranged from less than 2% to greater than 13%. Agricultural land cover declined by more than 2% overall, with variability contingent on the differential characteristics of regional human–environment systems. A large part of the Great Plains is in relatively stable land cover. However, other land systems with significant biophysical and climate limitations for agriculture have high rates of land change when pushed by economic, policy, technology, or climate forcing factors. The results indicate the regionally based potential for land cover to persist or fluctuate as land uses are adapted to spatially and temporally variable forcing factors.

► Land change dynamics are compared across 16 Great Plains ecoregions between 1973 and 2000.
► A statistical sampling design and Landsat satellite data were used to efficiently identify patterns of land conversion.
► Regional variability of change ranged from approximately 2% to greater than 13%, and progressed at an uneven pace.
► Indicative of the changes is a sequence of agricultural expansion before 1986 followed by widespread conversion to grassland/shrubland by 2000.
► Pattern and magnitude of conversions influenced by contextual conditions of land quality and climate variability, plus economic and policy drivers.