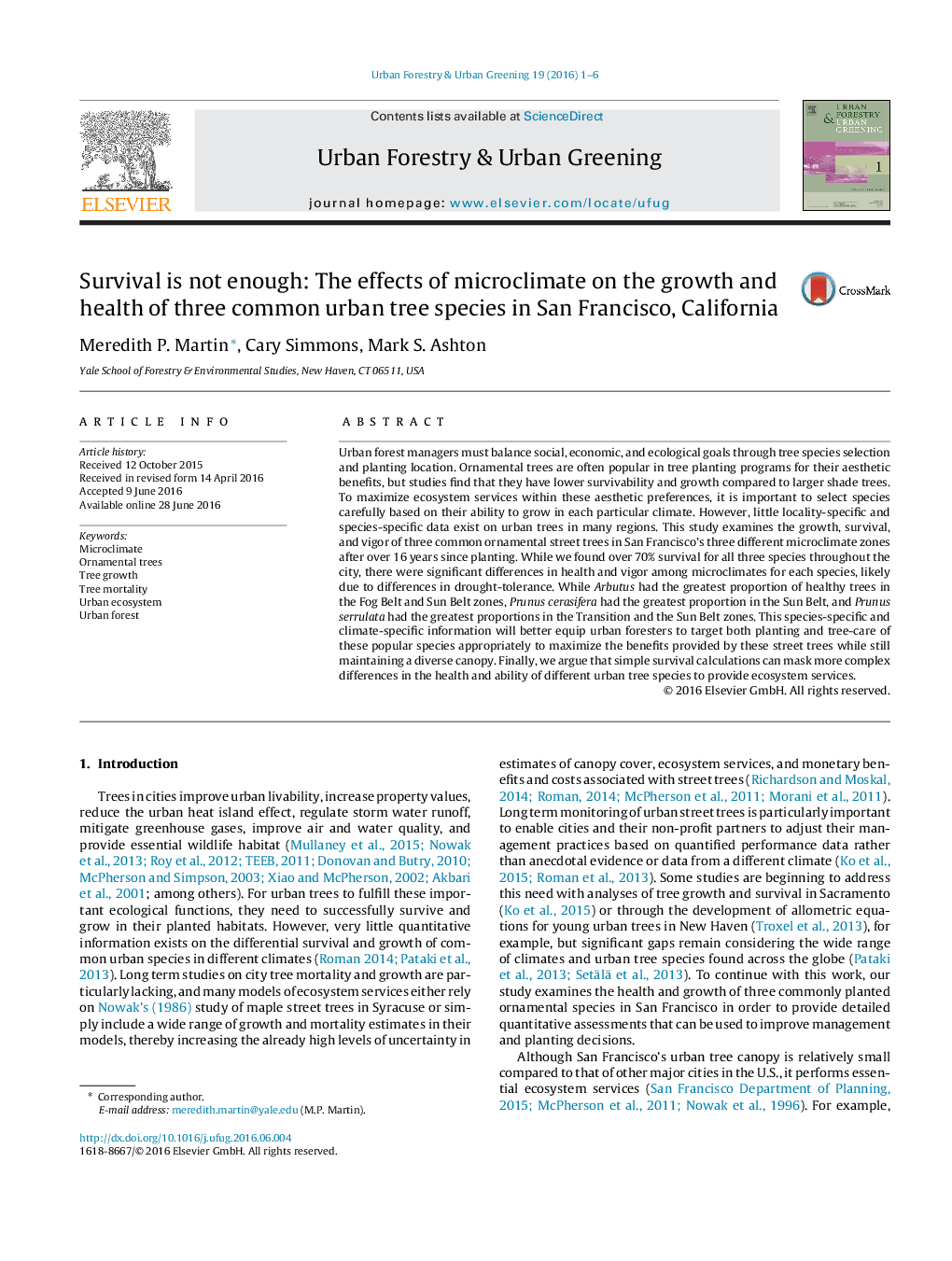 Urban forest managers must balance social, economic, and ecological goals through tree species selection and planting location. Ornamental trees are often popular in tree planting programs for their aesthetic benefits, but studies find that they have lower survivability and growth compared to larger shade trees. To maximize ecosystem services within these aesthetic preferences, it is important to select species carefully based on their ability to grow in each particular climate. However, little locality-specific and species-specific data exist on urban trees in many regions. This study examines the growth, survival, and vigor of three common ornamental street trees in San Francisco’s three different microclimate zones after over 16 years since planting. While we found over 70% survival for all three species throughout the city, there were significant differences in health and vigor among microclimates for each species, likely due to differences in drought-tolerance. While Arbutus had the greatest proportion of healthy trees in the Fog Belt and Sun Belt zones, Prunus cerasifera had the greatest proportion in the Sun Belt, and Prunus serrulata had the greatest proportions in the Transition and the Sun Belt zones. This species-specific and climate-specific information will better equip urban foresters to target both planting and tree-care of these popular species appropriately to maximize the benefits provided by these street trees while still maintaining a diverse canopy. Finally, we argue that simple survival calculations can mask more complex differences in the health and ability of different urban tree species to provide ecosystem services.