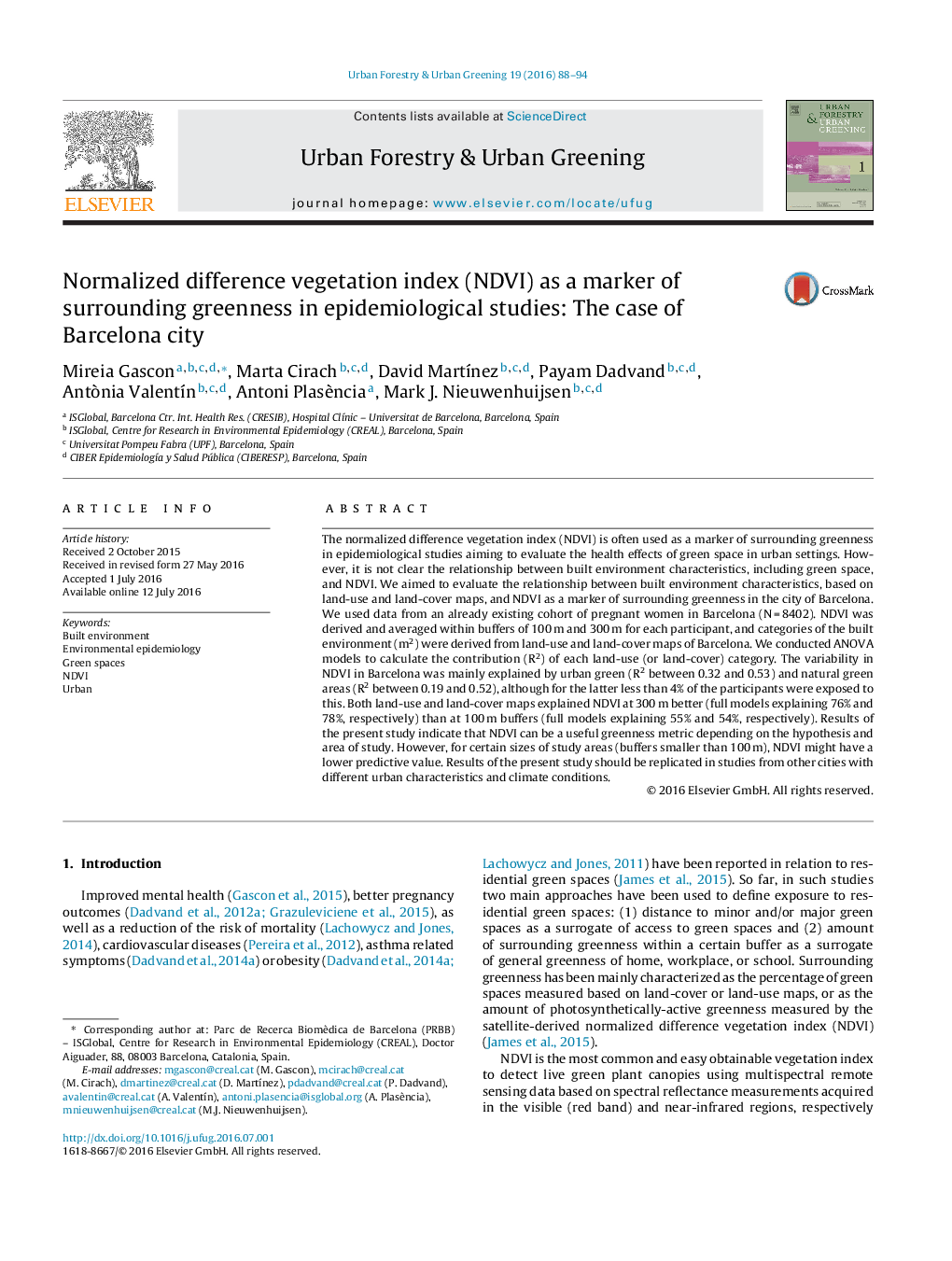 • NDVI is often used as a marker of surrounding greenness in epidemiological studies.
• We evaluated the relationship between built environment characteristics and NDVI.
• Natural and urban green explained more than 50% of NDVI variability.
• It is important to understand what NDVI means in a particular area of study.
• NDVI might not be the best green exposure indicator for certain epidemiological aims.

The normalized difference vegetation index (NDVI) is often used as a marker of surrounding greenness in epidemiological studies aiming to evaluate the health effects of green space in urban settings. However, it is not clear the relationship between built environment characteristics, including green space, and NDVI. We aimed to evaluate the relationship between built environment characteristics, based on land-use and land-cover maps, and NDVI as a marker of surrounding greenness in the city of Barcelona. We used data from an already existing cohort of pregnant women in Barcelona (N = 8402). NDVI was derived and averaged within buffers of 100 m and 300 m for each participant, and categories of the built environment (m2) were derived from land-use and land-cover maps of Barcelona. We conducted ANOVA models to calculate the contribution (R2) of each land-use (or land-cover) category. The variability in NDVI in Barcelona was mainly explained by urban green (R2 between 0.32 and 0.53) and natural green areas (R2 between 0.19 and 0.52), although for the latter less than 4% of the participants were exposed to this. Both land-use and land-cover maps explained NDVI at 300 m better (full models explaining 76% and 78%, respectively) than at 100 m buffers (full models explaining 55% and 54%, respectively). Results of the present study indicate that NDVI can be a useful greenness metric depending on the hypothesis and area of study. However, for certain sizes of study areas (buffers smaller than 100 m), NDVI might have a lower predictive value. Results of the present study should be replicated in studies from other cities with different urban characteristics and climate conditions.