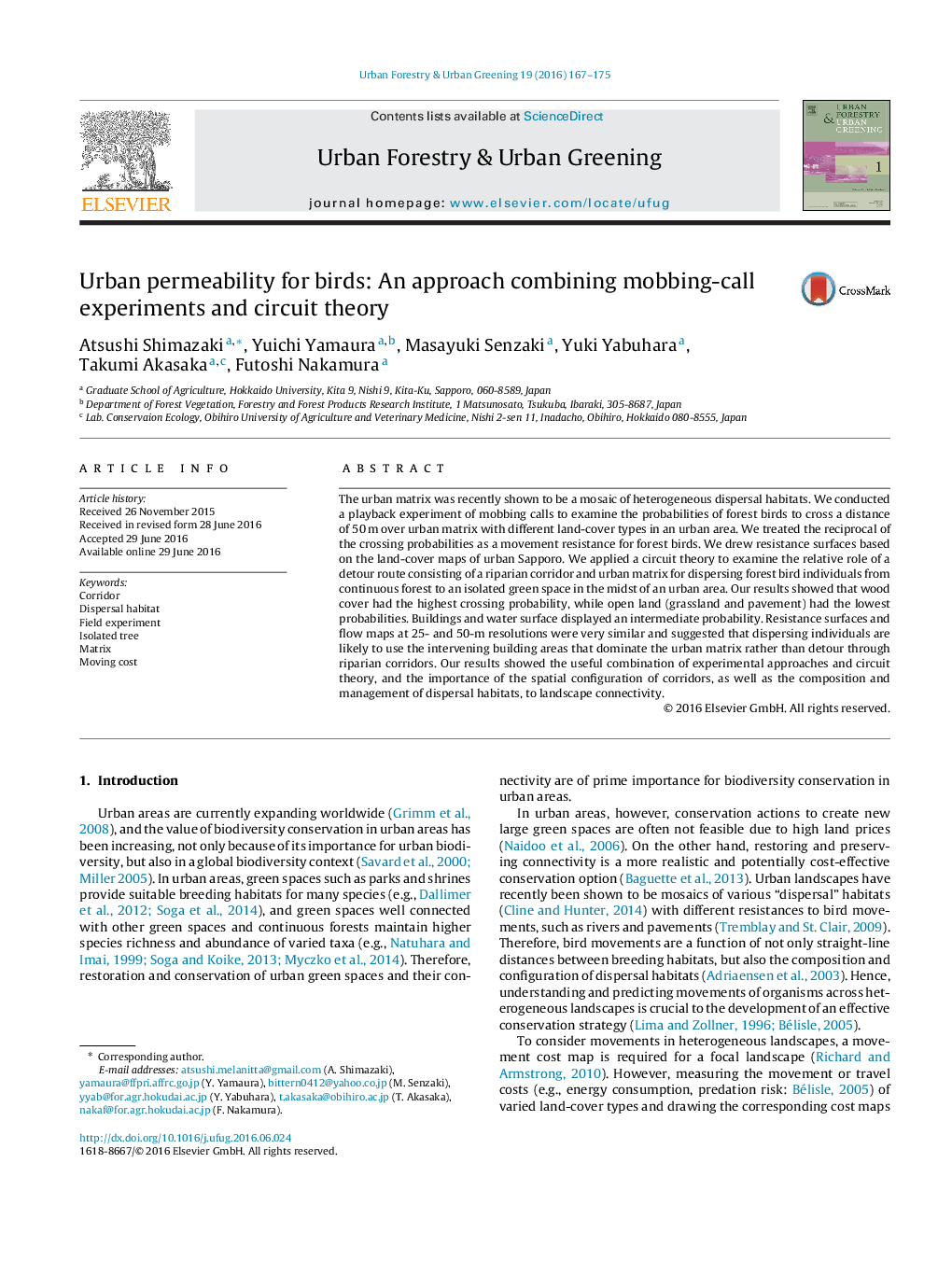 • Tree planting in open spaces can facilitate forest bird movements in urban area.
• Buildings can be a permeable landscape component for forest birds due to the existence of vertical structure.
• Building matrix dominating the urban landscape is likely to contribute to bird movements more than a detour riparian corridor.

The urban matrix was recently shown to be a mosaic of heterogeneous dispersal habitats. We conducted a playback experiment of mobbing calls to examine the probabilities of forest birds to cross a distance of 50 m over urban matrix with different land-cover types in an urban area. We treated the reciprocal of the crossing probabilities as a movement resistance for forest birds. We drew resistance surfaces based on the land-cover maps of urban Sapporo. We applied a circuit theory to examine the relative role of a detour route consisting of a riparian corridor and urban matrix for dispersing forest bird individuals from continuous forest to an isolated green space in the midst of an urban area. Our results showed that wood cover had the highest crossing probability, while open land (grassland and pavement) had the lowest probabilities. Buildings and water surface displayed an intermediate probability. Resistance surfaces and flow maps at 25- and 50-m resolutions were very similar and suggested that dispersing individuals are likely to use the intervening building areas that dominate the urban matrix rather than detour through riparian corridors. Our results showed the useful combination of experimental approaches and circuit theory, and the importance of the spatial configuration of corridors, as well as the composition and management of dispersal habitats, to landscape connectivity.