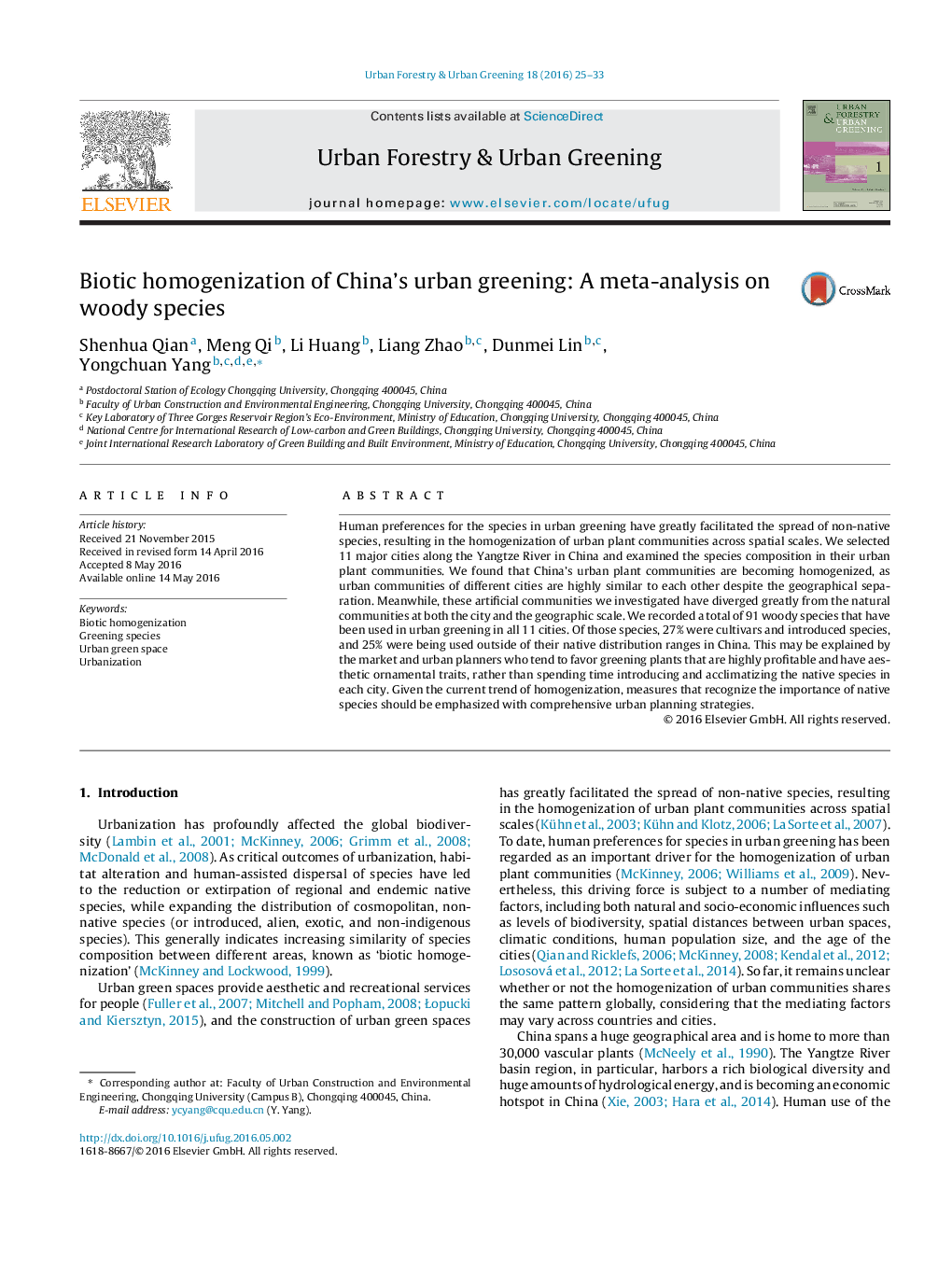 Human preferences for the species in urban greening have greatly facilitated the spread of non-native species, resulting in the homogenization of urban plant communities across spatial scales. We selected 11 major cities along the Yangtze River in China and examined the species composition in their urban plant communities. We found that China’s urban plant communities are becoming homogenized, as urban communities of different cities are highly similar to each other despite the geographical separation. Meanwhile, these artificial communities we investigated have diverged greatly from the natural communities at both the city and the geographic scale. We recorded a total of 91 woody species that have been used in urban greening in all 11 cities. Of those species, 27% were cultivars and introduced species, and 25% were being used outside of their native distribution ranges in China. This may be explained by the market and urban planners who tend to favor greening plants that are highly profitable and have aesthetic ornamental traits, rather than spending time introducing and acclimatizing the native species in each city. Given the current trend of homogenization, measures that recognize the importance of native species should be emphasized with comprehensive urban planning strategies.