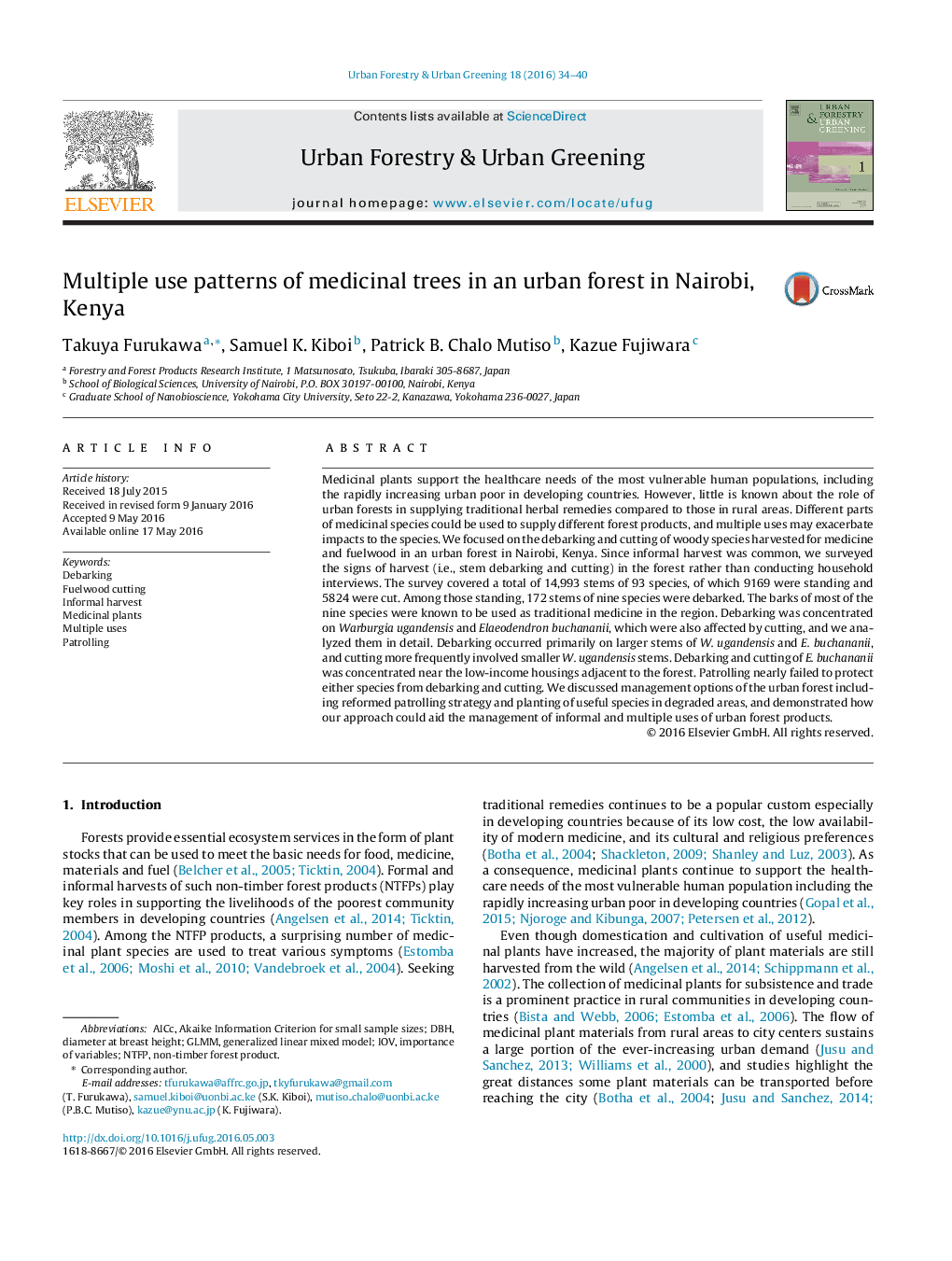 • We examine woody species harvested for use of medicinal bark in urban forest.
• We analyze patterns of multiuse (debarking and cutting) of major medicinal trees.
• Larger stems are preferred for debarking but not for cutting.
• Spatial harvest patterns are explained by accessibility but not by patrolling.
• Our approach is useful in uncovering informal harvests of forest products.

Medicinal plants support the healthcare needs of the most vulnerable human populations, including the rapidly increasing urban poor in developing countries. However, little is known about the role of urban forests in supplying traditional herbal remedies compared to those in rural areas. Different parts of medicinal species could be used to supply different forest products, and multiple uses may exacerbate impacts to the species. We focused on the debarking and cutting of woody species harvested for medicine and fuelwood in an urban forest in Nairobi, Kenya. Since informal harvest was common, we surveyed the signs of harvest (i.e., stem debarking and cutting) in the forest rather than conducting household interviews. The survey covered a total of 14,993 stems of 93 species, of which 9169 were standing and 5824 were cut. Among those standing, 172 stems of nine species were debarked. The barks of most of the nine species were known to be used as traditional medicine in the region. Debarking was concentrated on Warburgia ugandensis and Elaeodendron buchananii, which were also affected by cutting, and we analyzed them in detail. Debarking occurred primarily on larger stems of W. ugandensis and E. buchananii, and cutting more frequently involved smaller W. ugandensis stems. Debarking and cutting of E. buchananii was concentrated near the low-income housings adjacent to the forest. Patrolling nearly failed to protect either species from debarking and cutting. We discussed management options of the urban forest including reformed patrolling strategy and planting of useful species in degraded areas, and demonstrated how our approach could aid the management of informal and multiple uses of urban forest products.