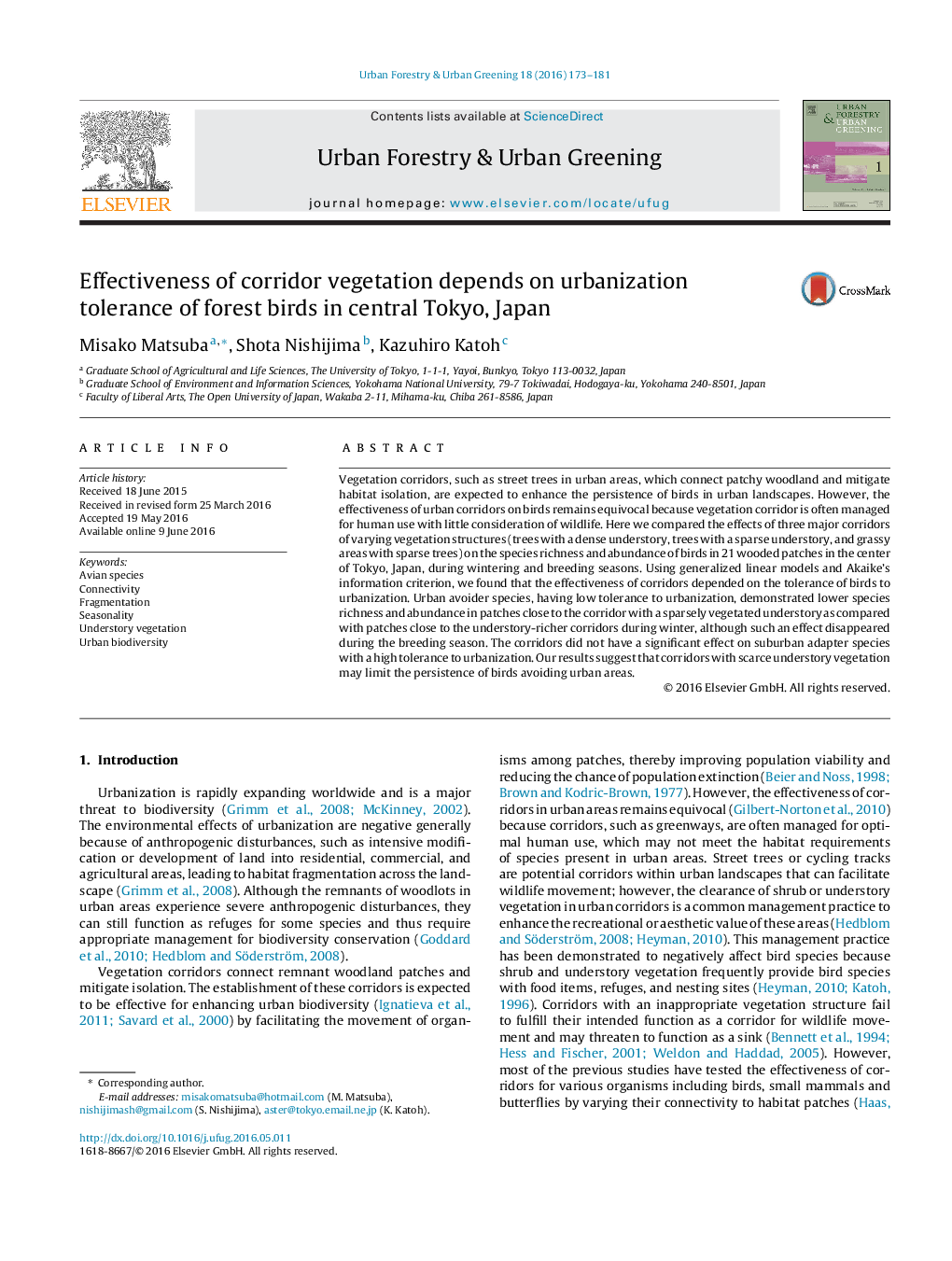 Vegetation corridors, such as street trees in urban areas, which connect patchy woodland and mitigate habitat isolation, are expected to enhance the persistence of birds in urban landscapes. However, the effectiveness of urban corridors on birds remains equivocal because vegetation corridor is often managed for human use with little consideration of wildlife. Here we compared the effects of three major corridors of varying vegetation structures (trees with a dense understory, trees with a sparse understory, and grassy areas with sparse trees) on the species richness and abundance of birds in 21 wooded patches in the center of Tokyo, Japan, during wintering and breeding seasons. Using generalized linear models and Akaike’s information criterion, we found that the effectiveness of corridors depended on the tolerance of birds to urbanization. Urban avoider species, having low tolerance to urbanization, demonstrated lower species richness and abundance in patches close to the corridor with a sparsely vegetated understory as compared with patches close to the understory-richer corridors during winter, although such an effect disappeared during the breeding season. The corridors did not have a significant effect on suburban adapter species with a high tolerance to urbanization. Our results suggest that corridors with scarce understory vegetation may limit the persistence of birds avoiding urban areas.