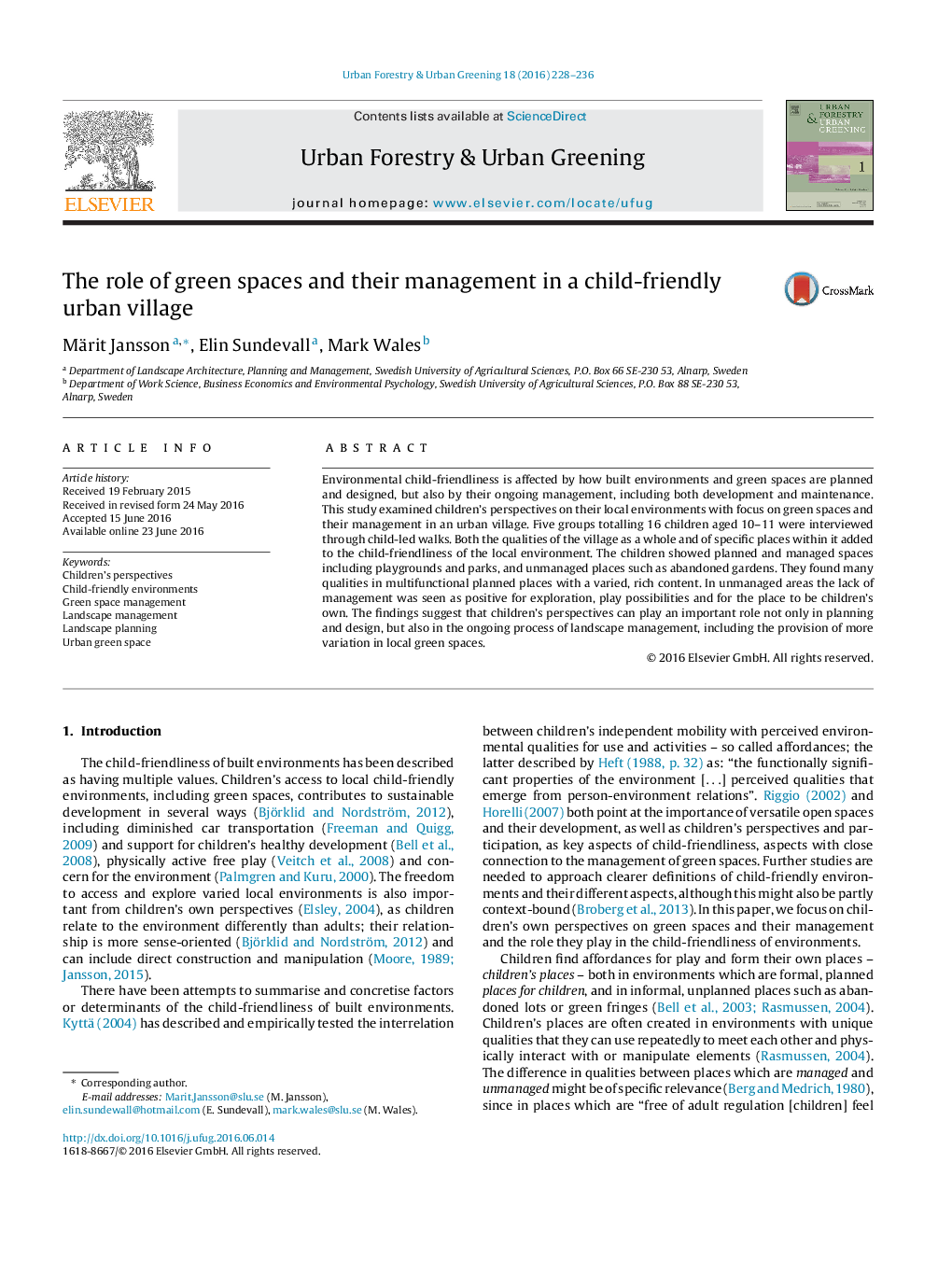 • Children’s perspectives on green space were studied in a child-friendly village.
• Child-friendly environments were affected by several socio-environmental factors.
• Children like planned and managed places that are varied, multifunctional and green.
• Unmanaged places have many qualities – for play, exploration and finding own places.
• Children’s preferences can be more recognised in management, planning and design.

Environmental child-friendliness is affected by how built environments and green spaces are planned and designed, but also by their ongoing management, including both development and maintenance. This study examined children’s perspectives on their local environments with focus on green spaces and their management in an urban village. Five groups totalling 16 children aged 10–11 were interviewed through child-led walks. Both the qualities of the village as a whole and of specific places within it added to the child-friendliness of the local environment. The children showed planned and managed spaces including playgrounds and parks, and unmanaged places such as abandoned gardens. They found many qualities in multifunctional planned places with a varied, rich content. In unmanaged areas the lack of management was seen as positive for exploration, play possibilities and for the place to be children’s own. The findings suggest that children’s perspectives can play an important role not only in planning and design, but also in the ongoing process of landscape management, including the provision of more variation in local green spaces.