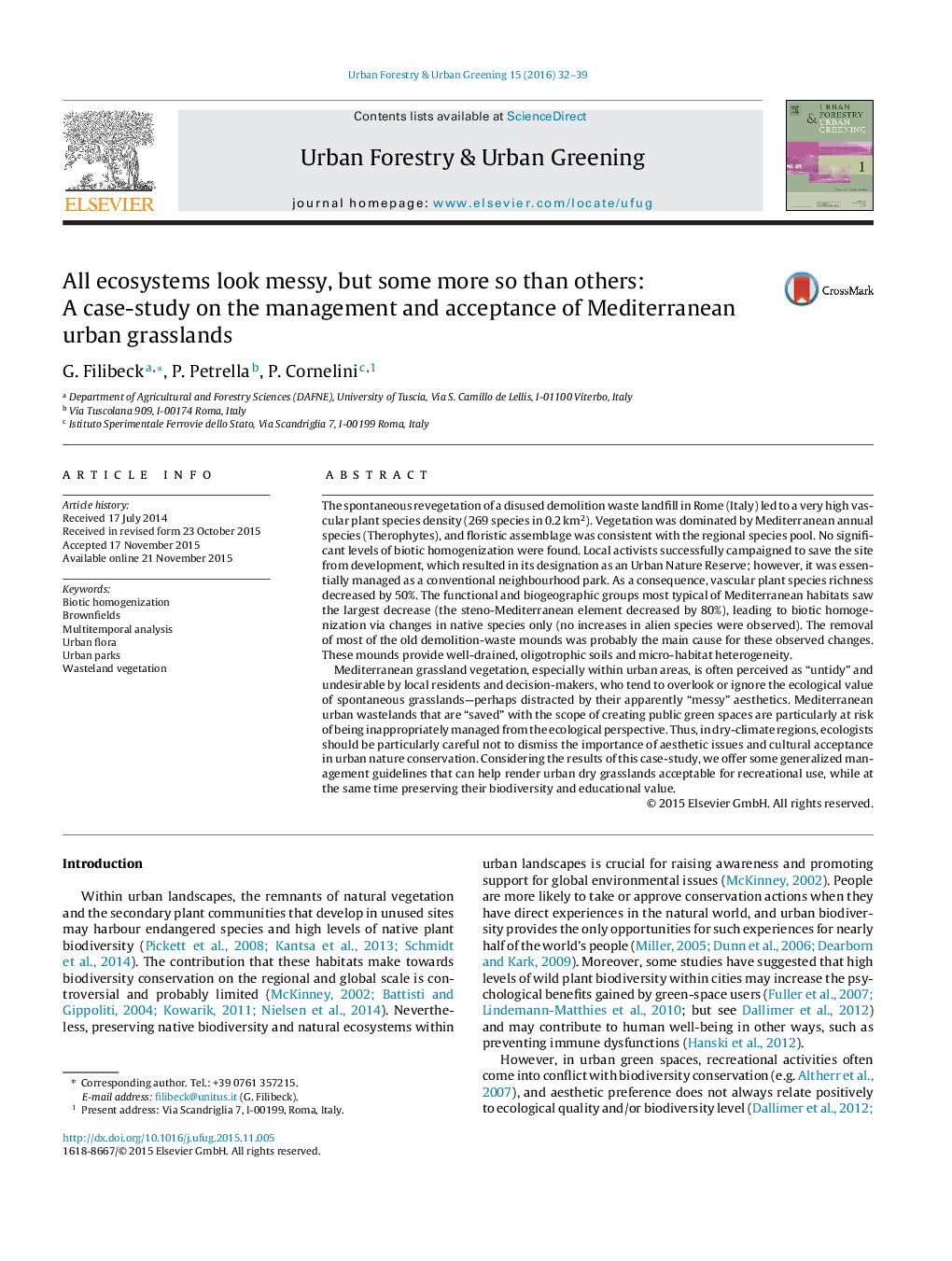 The spontaneous revegetation of a disused demolition waste landfill in Rome (Italy) led to a very high vascular plant species density (269 species in 0.2 km2). Vegetation was dominated by Mediterranean annual species (Therophytes), and floristic assemblage was consistent with the regional species pool. No significant levels of biotic homogenization were found. Local activists successfully campaigned to save the site from development, which resulted in its designation as an Urban Nature Reserve; however, it was essentially managed as a conventional neighbourhood park. As a consequence, vascular plant species richness decreased by 50%. The functional and biogeographic groups most typical of Mediterranean habitats saw the largest decrease (the steno-Mediterranean element decreased by 80%), leading to biotic homogenization via changes in native species only (no increases in alien species were observed). The removal of most of the old demolition-waste mounds was probably the main cause for these observed changes. These mounds provide well-drained, oligotrophic soils and micro-habitat heterogeneity.Mediterranean grassland vegetation, especially within urban areas, is often perceived as “untidy” and undesirable by local residents and decision-makers, who tend to overlook or ignore the ecological value of spontaneous grasslands—perhaps distracted by their apparently “messy” aesthetics. Mediterranean urban wastelands that are “saved” with the scope of creating public green spaces are particularly at risk of being inappropriately managed from the ecological perspective. Thus, in dry-climate regions, ecologists should be particularly careful not to dismiss the importance of aesthetic issues and cultural acceptance in urban nature conservation. Considering the results of this case-study, we offer some generalized management guidelines that can help render urban dry grasslands acceptable for recreational use, while at the same time preserving their biodiversity and educational value.