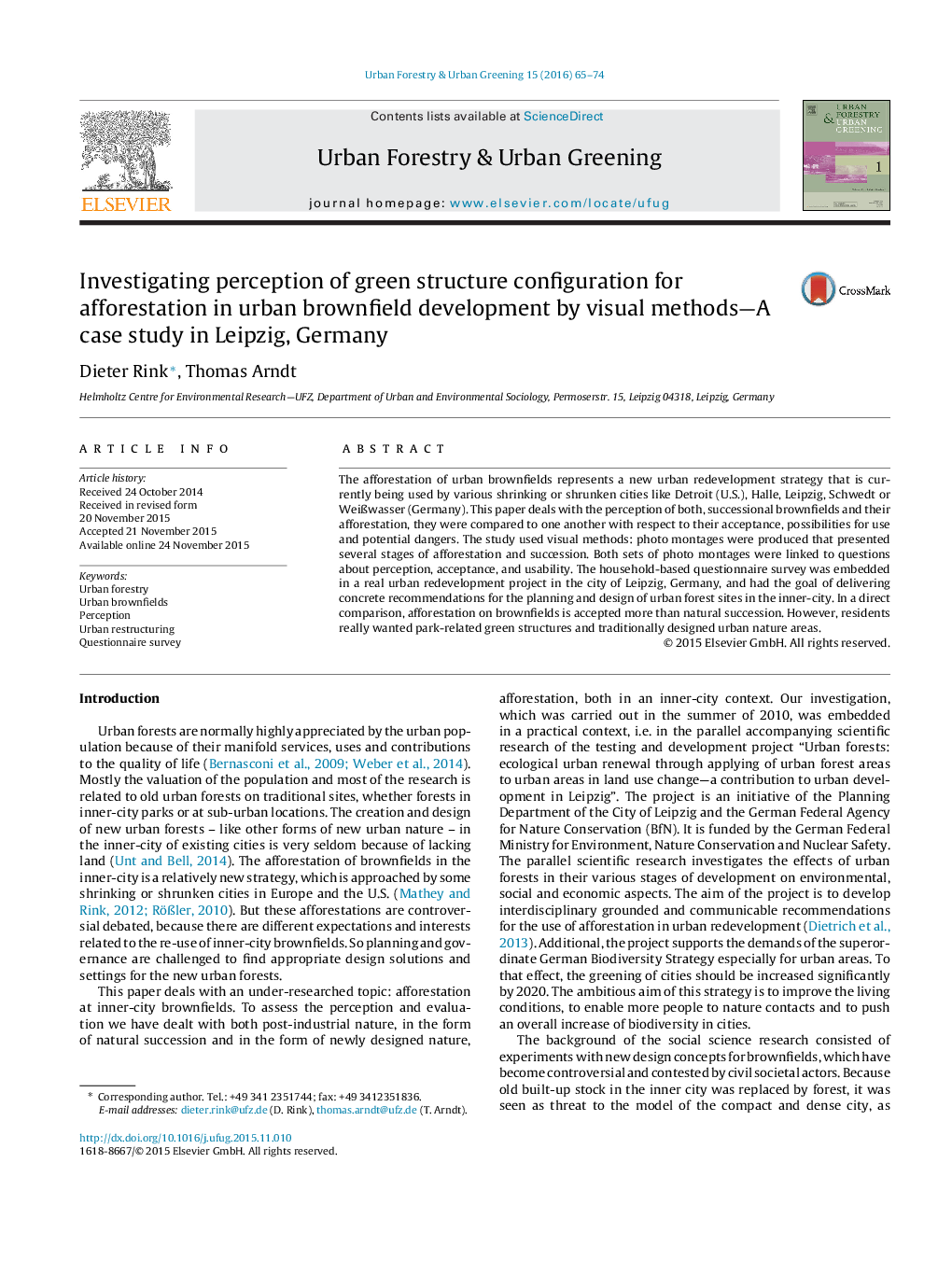 • This paper highlights afforestation of urban brownfields in inner-city locations.
• The study used visual methods, photo montages.
• The survey was embedded in a real urban redevelopment project.
• In a direct comparison, afforestation on brownfields is accepted more than natural succession.

The afforestation of urban brownfields represents a new urban redevelopment strategy that is currently being used by various shrinking or shrunken cities like Detroit (U.S.), Halle, Leipzig, Schwedt or Weißwasser (Germany). This paper deals with the perception of both, successional brownfields and their afforestation, they were compared to one another with respect to their acceptance, possibilities for use and potential dangers. The study used visual methods: photo montages were produced that presented several stages of afforestation and succession. Both sets of photo montages were linked to questions about perception, acceptance, and usability. The household-based questionnaire survey was embedded in a real urban redevelopment project in the city of Leipzig, Germany, and had the goal of delivering concrete recommendations for the planning and design of urban forest sites in the inner-city. In a direct comparison, afforestation on brownfields is accepted more than natural succession. However, residents really wanted park-related green structures and traditionally designed urban nature areas.