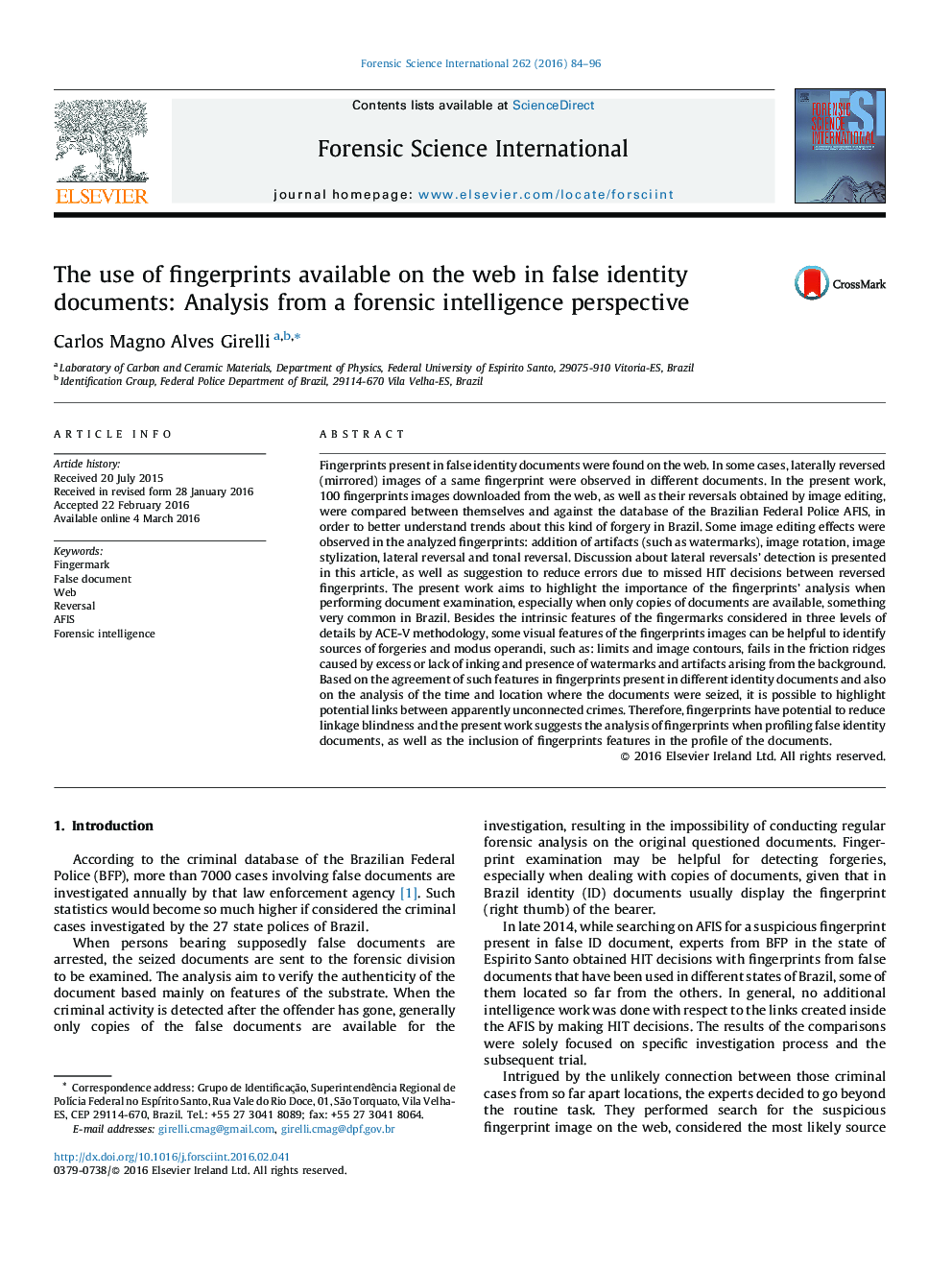 Fingerprints present in false identity documents were found on the web. In some cases, laterally reversed (mirrored) images of a same fingerprint were observed in different documents. In the present work, 100 fingerprints images downloaded from the web, as well as their reversals obtained by image editing, were compared between themselves and against the database of the Brazilian Federal Police AFIS, in order to better understand trends about this kind of forgery in Brazil. Some image editing effects were observed in the analyzed fingerprints: addition of artifacts (such as watermarks), image rotation, image stylization, lateral reversal and tonal reversal. Discussion about lateral reversals’ detection is presented in this article, as well as suggestion to reduce errors due to missed HIT decisions between reversed fingerprints. The present work aims to highlight the importance of the fingerprints’ analysis when performing document examination, especially when only copies of documents are available, something very common in Brazil. Besides the intrinsic features of the fingermarks considered in three levels of details by ACE-V methodology, some visual features of the fingerprints images can be helpful to identify sources of forgeries and modus operandi, such as: limits and image contours, fails in the friction ridges caused by excess or lack of inking and presence of watermarks and artifacts arising from the background. Based on the agreement of such features in fingerprints present in different identity documents and also on the analysis of the time and location where the documents were seized, it is possible to highlight potential links between apparently unconnected crimes. Therefore, fingerprints have potential to reduce linkage blindness and the present work suggests the analysis of fingerprints when profiling false identity documents, as well as the inclusion of fingerprints features in the profile of the documents.