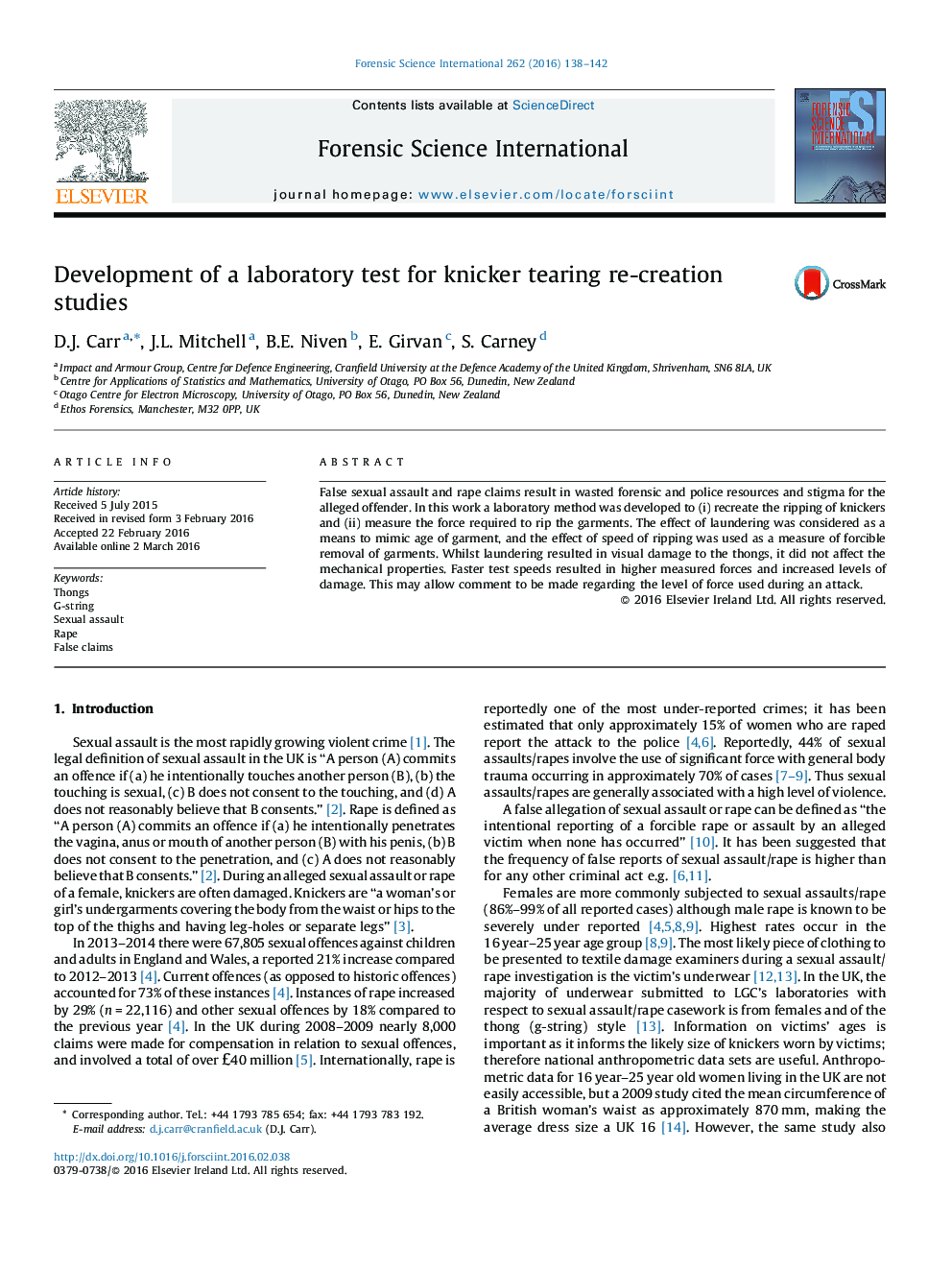 False sexual assault and rape claims result in wasted forensic and police resources and stigma for the alleged offender. In this work a laboratory method was developed to (i) recreate the ripping of knickers and (ii) measure the force required to rip the garments. The effect of laundering was considered as a means to mimic age of garment, and the effect of speed of ripping was used as a measure of forcible removal of garments. Whilst laundering resulted in visual damage to the thongs, it did not affect the mechanical properties. Faster test speeds resulted in higher measured forces and increased levels of damage. This may allow comment to be made regarding the level of force used during an attack.