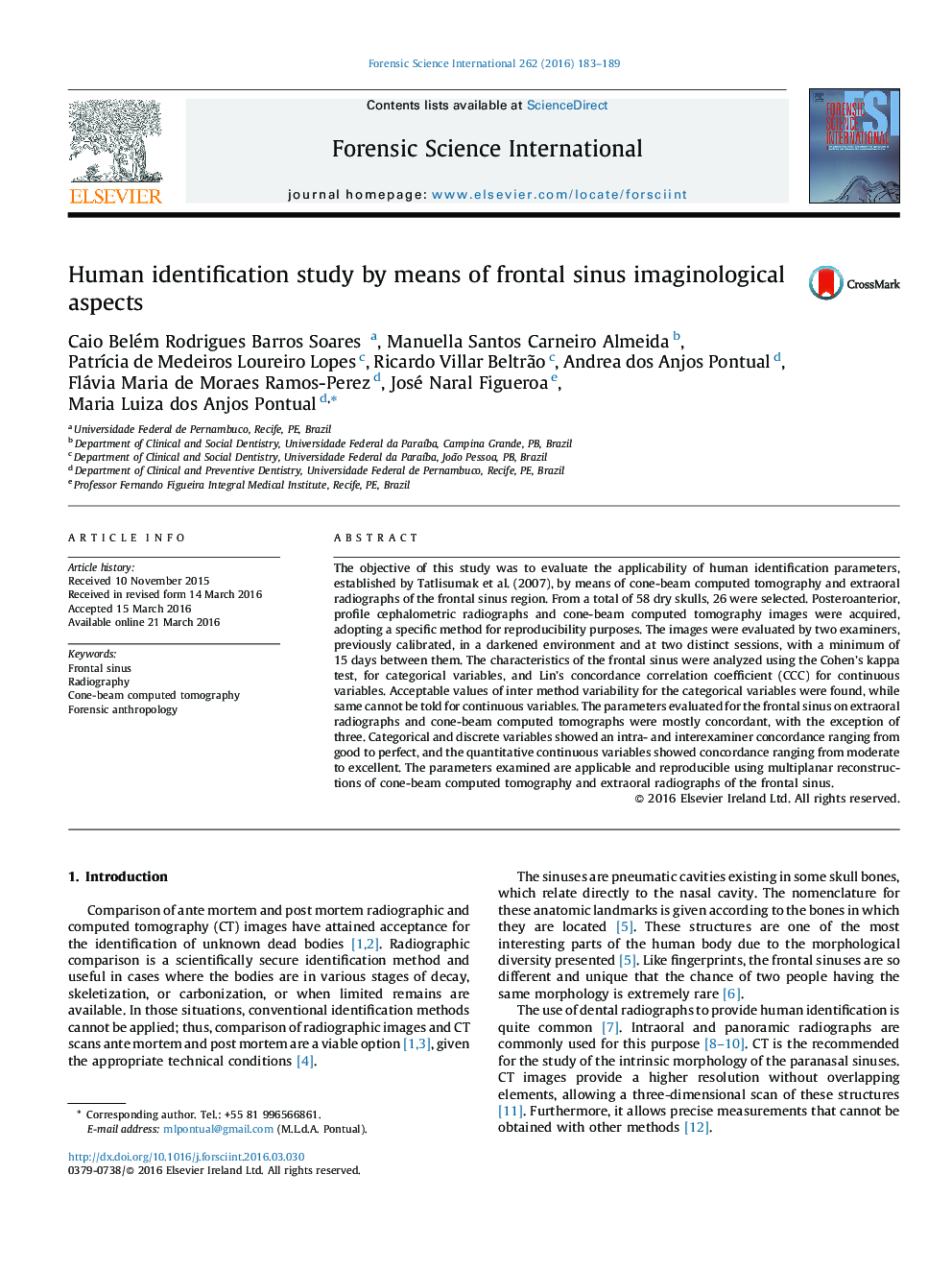 The objective of this study was to evaluate the applicability of human identification parameters, established by Tatlisumak et al. (2007), by means of cone-beam computed tomography and extraoral radiographs of the frontal sinus region. From a total of 58 dry skulls, 26 were selected. Posteroanterior, profile cephalometric radiographs and cone-beam computed tomography images were acquired, adopting a specific method for reproducibility purposes. The images were evaluated by two examiners, previously calibrated, in a darkened environment and at two distinct sessions, with a minimum of 15 days between them. The characteristics of the frontal sinus were analyzed using the Cohen's kappa test, for categorical variables, and Lin's concordance correlation coefficient (CCC) for continuous variables. Acceptable values of inter method variability for the categorical variables were found, while same cannot be told for continuous variables. The parameters evaluated for the frontal sinus on extraoral radiographs and cone-beam computed tomographs were mostly concordant, with the exception of three. Categorical and discrete variables showed an intra- and interexaminer concordance ranging from good to perfect, and the quantitative continuous variables showed concordance ranging from moderate to excellent. The parameters examined are applicable and reproducible using multiplanar reconstructions of cone-beam computed tomography and extraoral radiographs of the frontal sinus.